Halpern: The persecution of the Bahai 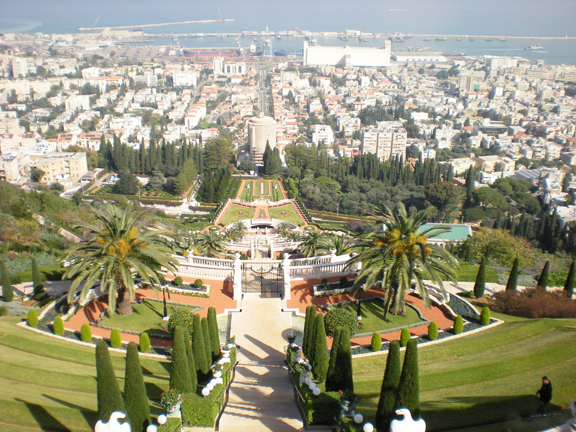 Bahai is more than a beautifully manicured garden attached to a Center in Haifa. Bahai Faith is a religion. In Israel, the Bahai Faith community is small and, except for the touristy quality of the gardens, remains practically unnoticed.

In Iran, the Bahai community is under serious attack. With a population of 300,000 Iranian believers, the Bahai Faith constitutes that country’s largest religious minority. But rather than recognizing Bahai leaders and adherents, Iran persecutes and oppresses them.

And the crime that Bahai adherents in Iran are most often charged with is spying for Israel. They are not spies — the Bahai Center is in Israel because of historical events that took place in what is now Israel, not for modern-day political alliances or religious freedom. The Bahai understand the holiness of the Land of Israel and that is why they have centers and gardens in Haifa and in Akko, cities that resonate for them since the 1800’s when the region was in Syrian hands.

In Iran just being a Bahai is illegal and one can be charged with illegal organization and spreading anti-government against the Islamic regime. Any activity in Iran that is not Islamic falls into this category. It is a huge catch-all. Simply put, the Bahai are persecuted in Iran because they are different, and in Iran, being different is just cause for state persecution.

Indeed, seven Bahai leaders in Iran have just been convicted of spying for the Israel. They were also convicted of illegal organization and of spreading anti-government propaganda against the Islamic regime.

To an outsider who looks at the gardens the Bahai Faith is reminiscent of something Japanese. It is not; Bahai embraces the spiritual unity of all of mankind and has adherents around the world. But the largest group is in Iran, the place where it all began in the 19th century. While it is all about humanity, there are very few rules and the rules that there are, are very basic. Show respect, do not gossip, sanctify marriage, pray regularly, conduct a 19 day fast, no alcohol, no gambling, no fanaticism. Except for prayer, ritual is frowned upon.

The Bahai Faith was conceived by Baha ulla in the mid 1900’s, clearly a split off of Shiite Islam. That is where the problem really lies. When it split off, the Bahai Faith embraced the universal teachings of Mohammed — and also of Buddah, Abraham and Jesus. The Bahai Faith is just that — a faith that requires an understanding of humanity.

There are no children in Bahai Faith. One cannot become a member until the age of 15 because only after reaching a level of maturity and understanding can one freely subscribe to the precepts and beliefs and teachings.

Iran cannot tolerate apostates. The Iranians cannot tolerate non-believers who adopt and adapt different ideas. That is why they cannot accept the Bahai Faith in their midst, that is why they persecute Bahai adherents. The Iranian leadership says the Bahai Faith is not a religion, it is an anti-Islamic act and a political anti-Muslim organization. Iranian religious leadership has wanted to strangle and intimidate Bahai believers for a long time.

Iran sees the followers of Bahai as both apostates and as members of an anti-governmental political organization, Iranian leadership has granted their security forces the maximum latitude in oppressing the Bahai. The Bahai Faith has no protections under any law in Iran. They are non Muslims. They are outsiders.

We tend to see the world through our own lenses. The story of the oppression of the Bahai Faith community in Iran helps us understand the danger that is Iran and allows us the ammunition we need to broaden our political base and shore up our moral arguments the better to block Iran’s movement and dominance in the world.

Micah D. Halpern is a columnist and a social and political commentator. Read his latest book THUGS. He maintains The Micah Report at www.micahhalpern.com.

I'm Thinking: The red herring of the Middle East