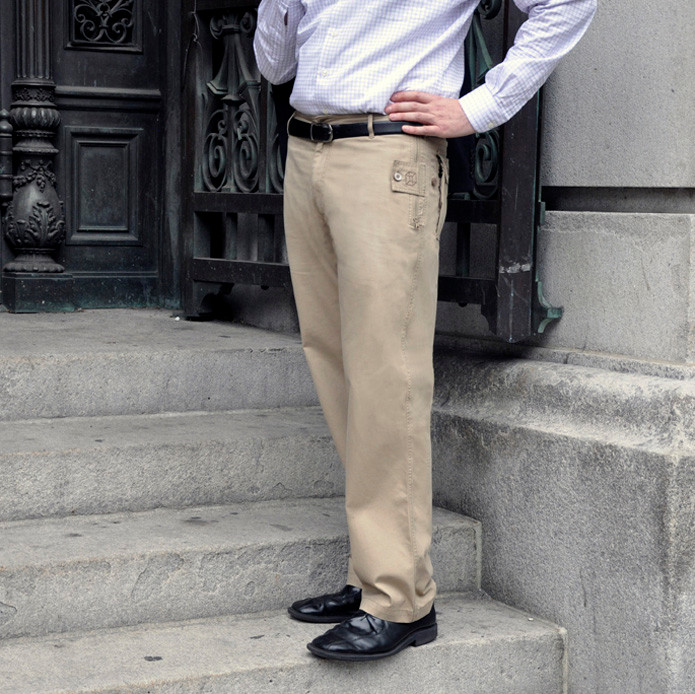 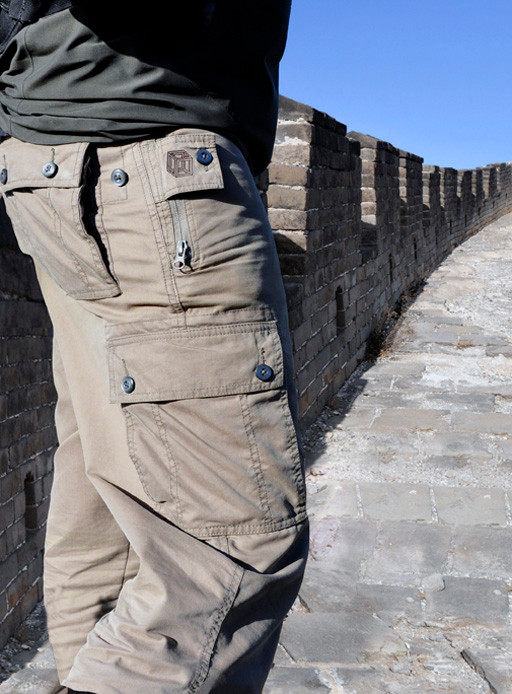 The Adventure-style Pick-Pocket Proof pants have a more casual look and resemble cargo pants with big side pockets.
Previous Next
By Ann E. Friedman

Upon quitting his job as an assistant trader at a hedge fund in Manhattan to pursue his love of traveling in 2006, Hewlett High School alumnus Adam Rapp’s plan was to move to Amsterdam, Holland and get a job at a major bank but all that changed the following year while in China.

When Rapp, 31, ran into a team of pick-pockets in China he realized his open-pocket shorts offered him no protection against the thieves. He searched for a pair of pants that would keep his belongings safe but came up empty handed.

In 2008, Rapp, a North Woodmere resident, founded his company, Clothing Arts, and began designing Pick Pocket Proof pants, or P^cubed pants, to keep travelers safe. “Travel inspiration becomes travel innovation,” he said. “The pants allow you to select your level of security based on your surroundings. You can have an unsecured, single secured, double secured and even a triple secured pocket. It literally puts security back into the hands of the traveler and offers them the function and security of four money-belts; eliminating the hassle of digging into your shirt or pants to fish out your money or passport by storing everything at your fingertips.”

The P^cubed pants were tested by Rapp himself for six months as he traveled around the U.S., Asia and Europe before the first prototype, made by six workers in a one-room factory in Turkey, was displayed at the Outdoor Retailer Summer Market in Salt Lake City in 2010. “The idea from the birth of Clothing Arts was to create clothes that will stand up to life on the road,” he said. “Beginning next month, 140 workers will be producing the pants in Bangladesh.”

The pants are coated with DuPont™ release and repel technology and are lined with Teflon® fabric protector so they are durable and repel oil and water. “On top of the quality of our construction, we offer all our unique pockets that blend into the rear of the pants so they look like a normal pair of pants until you choose to double secure the pocket,” he said. “Also, there is a triple-secure passport pocket, Smartphone pocket and several cargo pockets and an attachable utility pocket which can hold a half-liter water bottle.”