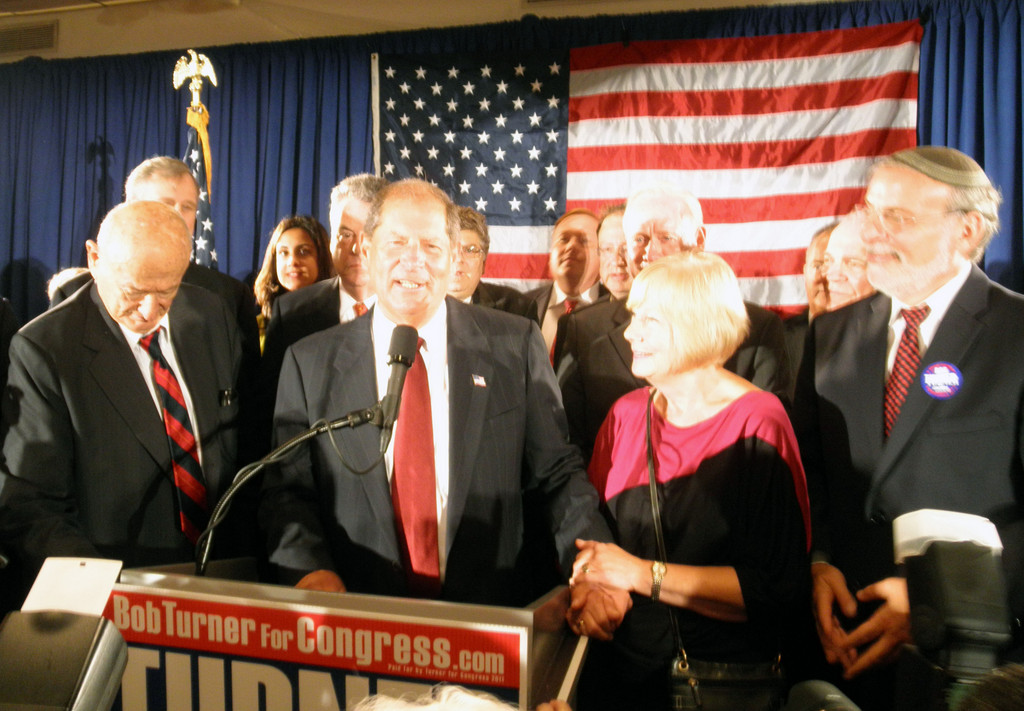 The “referendum on Obama” delivered a historic defeat for the president’s party, with a Republican upset victory of Bob Turner over Democrat David Weprin. Outmanned and outspent, Turner’s team faced an opponent armed with experience in elected office, endorsements from former President Bill Clinton and Senator Chuck Schumer and an army of union organizers.

The scene at Café Roma in Howard Beach was euphoric as a mixed crowd of disaffected Democrats, Republican stalwarts, and local political stars spoke of the historic victory. “The beauty of this district is that people vote for their interests,” said Brooklyn State Assemblyman Dov Hikind, who crossed party lines to support Turner. “There is no question that the people of this district were speaking for the rest of America.”

With 87 percent of precincts counted, Turner took 54 percent of the vote to Weprin's 46 percent. Once it became clear that the lead was insurmountable, Long Island Congressman Peter King introduced his new colleague. “Tonight we sent a message," Turner said. "I am delighted we rejected the political rhetoric we heard in this campaign. I think Washington better listen to us."

Behind Turner, an American flag shared the stage with an Israeli flag, reflecting on the Orthodox community’s anger over president Barack Obama’s policy towards the Jewish state. Early on in the campaign, mayor Ed Koch made it clear that Israel was a leading issue. “President Obama threw Israel under the bus and I took a stand on that issue. With this election, we sent a message,” Koch said.

In contrast the national Jewish vote, the district, which stretches from southern Brooklyn to central Queens, has a sizable population of Orthodox and Russian-speaking Jews, who have been more receptive to the Republican platform on gay marriage and Israel. “Without question, Obama's policies are causing significant numbers of Jewish voters to re-examine their loyalty to the Democratic Party,” said Republican Jewish Coalition chair Matt Brooks. Turner would be the first Republican to represent the district since 1923.

Victim of terror in Hebron believed in Israel