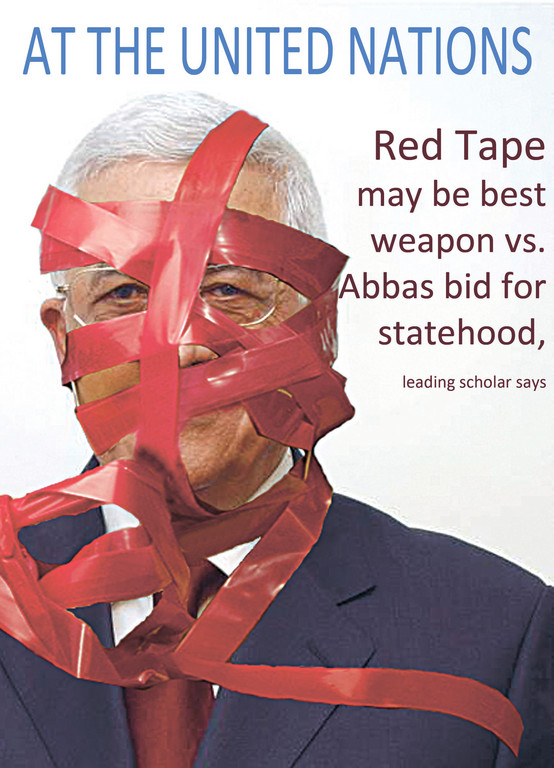 The Palestinian Authority’s move this week for a United Nations vote on statehood will not go far, it is simply a move to push Israel back towards negotiations on the topic, according to a leading scholar on the Israeli-Arab conflict.

“I am not sure the script has been decided upon. There are procedural policies that could keep it bottled for months,” said David Makovsky, the director of the Project on the Middle East Peace Process at The Washington Institute. “It is possible that the U. S. does not want to exercise its veto power so soon. It would deescalate it through procedural moves.”

Frustrated with an inability to achieve progress through negotiations, the Palestinian delegation is using the UN as a platform for a diplomatic upgrade, which stops short of full UN membership, but could cost Israel in other international venues.

“The American legal interpretation is that an upgrade status is the ability to pursue war crimes charges in the International Criminal Court,” Makovsky said. “The court took the Palestinian application and is awaiting for a UN advisory view on their standing.”

In 2009, a British court indicted former Israeli Foreign Minister Tzipi Livni on war crimes charges. Although the case was withdrawn, it raised fears that Israeli military and political figures would be subject to arrest as a result of Palestinian membership in the ICC.

Seeking to prevent a UN vote, Israel lobbied members of the Middle East Quartet to stand alongside the United States in preserving the policy of negotiations as the only path towards a Palestinian state.

So far within the Security Council, only three of the 15 member states vow to oppose the Palestinian UN membership bid: the U.S., Germany and Colombia. Eight states are leaning towards endorsement,