Confessions of a Jewish hacker 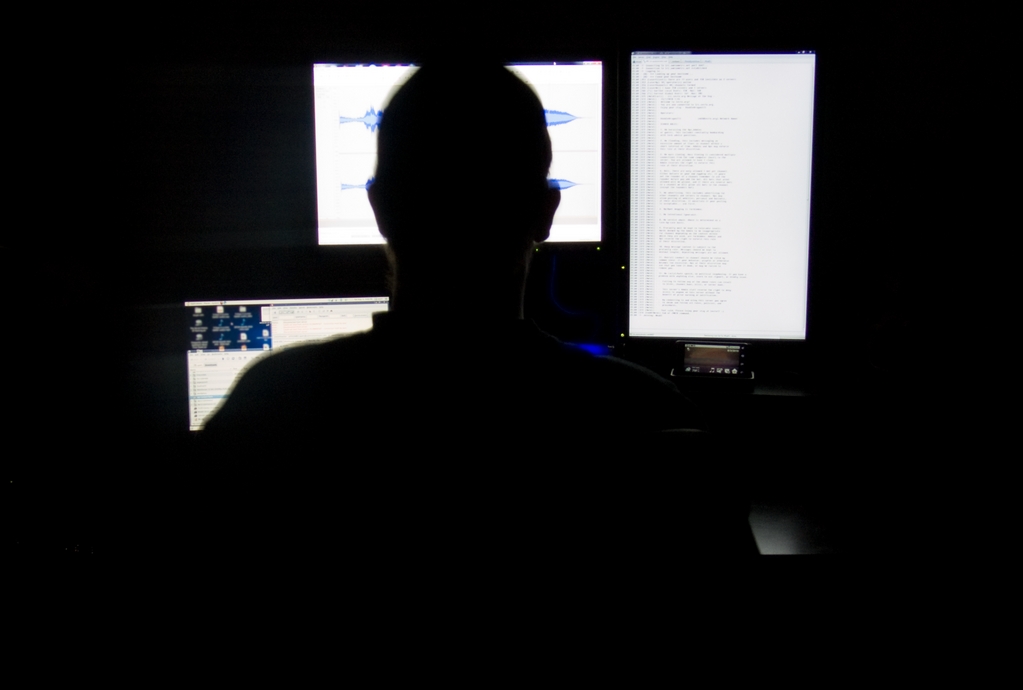 On Tuesday afternoon, Shalom Silbermintz was figuring out how to outsmart Spirit Airlines. He had just gotten back from Defcon, the largest convention for hackers, held annually in Las Vegas, and the $30 fee for his carry-on luggage that the airline charged him was one complaint on a long list against the company that markets itself as a discount airline.

“They charge you for everything,” Silbermintz complained. “I had to pay for water. It was a five-hour flight! There are certain things that are just wrong.”

He doesn’t plan on flying Spirit Airlines ever again, but after a few minutes of thinking aloud, he had found a theoretical solution to avoid paying for carry-on luggage.

“I started looking into what they’re using to identify people who have paid for their carry-on luggage,” Silbermintz explained. The airline, he said, was using a notation on the ticket to determine whether someone had paid for the luggage.

“If you would check in online and print out your ticket with a change in the printed zone number, I’m pretty sure you could get away with it,” Silbermintz explained. “It’s kind of low-tech.”

Silbermintz, or Spam, as he’s affectionately called by friends and family for reasons unknown (“it just kinda stuck,” he said), is a self-proclaimed hacker. But don’t let the the title fool you; Silbermitz is an otherwise inconspicuous, religious graduate of Yeshiva University who earns his living as a computer consultant.

“There’s a negative stereotype,” Silbermintz explained. “People think of hackers as evil people who break into systems and steal information — criminals. It’s just a skill set. Someone who knows how to pick locks, and they use that information to open doors, they’re a locksmith. If they use it to break into people’s houses and steal, then they’re criminals. It’s not the knowledge, it’s what you do with it.”

Hacking, as Silbermintz explains it, is not simply breaking into a computer but a way of life.

“Hacking is looking beyond the obvious, poking around and trying to find the flaws in systems,” Silbermintz said. “It’s things that the average person wouldn’t look for, like throwing out the manual and going in and seeing if you can figure out other ways to use stuff for something for other than what it’s intended.”

One of Silbermintz’s favorite childhood memories is of souping up a Commodore 64 computer with an answering machine. When his parents bought him a set of cheap walkie talkies, Silbermintz discovered that by playing with the frequency he could pick up nearby phone conversations.

Hacking itself has a loose history. There are conflicting histories as to where the word itself comes from, but hacking’s beginning is generally dated from the Massachusetts Institute of Technology’s Tech Model Railroad Club in the early 1960’s. Eventually hacking moved from model railroads to phone lines with the advent of the so-called Phone Phreakers: people who hacked into phones by playing different notes to get things like free long distance calls. Many of the original Phone Phreakers were lonely blind children who could whistle in perfect pitch. One hacker was known as Captain Crunch, since he was the first to realize that a toy whistle from the Captain Crunch cereal could hit the exact notes needed to unlock a phone system. A number of the original hackers eventually came to define the modern era of computing. Steve Wozniak and Steven Jobs, the future creators of Apple Computers, made money selling blue boxes that could mimic the frequency needed to unlock a telephone.

The way Silbermintz describes it, the history of computing is one large hack: from using a phone switchboard to adapting computers for sound to developing the internet. Hacking, Silbermintz says, is also useful in the “carbon network,” i.e. the real world, and hacking it through social engineering, like avoiding paying a fee for hand luggage.

He doesn’t find too much of a difference between his Jewish education and hacking.

“I think there’s a nice corollary between hacking and the stuff we do on Shabbos,” he explained. “Very often, you get around the melacha on Shabbos by hacking. A blech is a hack... We do it with lights and with timers. They’re all hacks to get around what you’re allowed and what you’re not allowed to do.”

Lately, he’s been finding more parallels between his religious life and his professional one.

“Hacker spaces are really becoming popular,” he explained. “Basically it’s [a place] rented out by a bunch of people where people come to learn and  work on projects. A hacker space is like a hacker beis medrash.”

Silbermintz describes hacker conferences as open-minded and accepting. Even though most participants, he says, are either agnostic or atheist, he mostly fields positive questions about religious life.

“There are definitely a lot of people in the hacking world who could pick up Gemora,” he explained.

While he is still one of the few Jews who wear a yarmulke at the cons, he’s hoping that will change and hopes to have a minyan eventually.