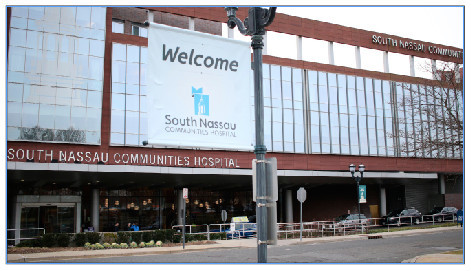 “We wanted to provide for the folks on the South Shore an opportunity to receive the kind of care they can receive in the city that they often migrate to, and receive it right here locally, while still having access to all of the resources that a big academic research facility can provide,” SNCH chairman Joseph Fennessy told Herald Community Newspapers.

The two institutions announced last week that they had signed a nonbinding letter of intent, under which they would  conduct in-depth talks to reach a final agreement. The boards of both institutions would have to approve a final deal, as would the state Department of Health, according to SNCH president and chief executive officer Richard Murphy.

“We are looking forward to a long and fruitful affiliation that will enhance services for all residents of Long Island,” said Mount Sinai president and CEO Kenneth Davis, a Syosset native.

Murphy said SNCH expects to receive $120 million in capital support from Mt. Sinai as part of the affiliation.

South Nassau’s search for a partner began more than a year ago, according to Fennessy. A six-member committee, composed of board members, administrative and physician leadership, was assigned to study the benefits of a partnership.

SNCH operates a 455-bed hospital, which opened in 1928. Its 3,500 employees and 900 affiliated physicians provide health services to 900,000 residents on the South Shore. The hospital also offers comprehensive cancer care, interventional cardiology, orthopedics and intensive care, and is the only trauma center in southern Nassau County.

Mount Sinai is an $8 billion health system, which includes the Icahn School of Medicine at Mount Sinai, one of the country’s most renowned medical schools; seven hospitals in the New York area, and a network of more than 7,000 physicians.

Referring to the evolving health care marketplace, Murphy cited the increased availability of ambulatory and outpatient services and urgent-care companies. While SNCH plans to continuing offering those services, he said, hospitals are being compelled to migrate toward “high-intensity acute care.”

“While South Nassau is today an excellent facility, we concluded that in order to grow and reach our goal of becoming a true tertiary-level facility, we needed to partner, and we believe Mount Sinai’s leadership shares our vision for what South Nassau can become,” Murphy said.

He said that Mount Sinai is a leading transplant center, and that SNCH could develop transplant preparation and recovery so that local patients would only have to undergo the actual procedure away from home.

Because South Nassau would also become a clinical campus for Mount Sinai’s Icahn School, Murphy said, the affiliation would provide 30 slots at the Oceanside hospital for graduate medical education residents.

South Nassau is one of the few remaining independently controlled hospitals on Long Island, as others have sought affiliations in recent years to improve quality of services and reduce costs.

The negotiation process could take until the end of the year, Murphy said. He added that although SNCH is in a strong position, the partnership would help it develop, both clinically and financially, three to 10 years out, and would have future implications.

“I think the board viewed this as a 100-year decision,” Murphy said. “Realistically, we could have sat back and said let’s wait, but I think the position was, let’s do this while we’re strong and we can approach a partner like Mount Sinai almost like an equal.”