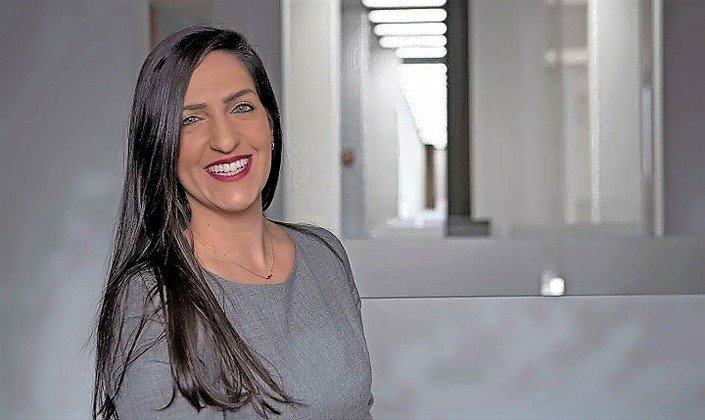 Yeshiva University and cybersecurity — the former conjures up images of Jewish tradition and religious study; the latter takes a deep dive into a high-tech digital world of criminals and rogue actors.

The two have now been melded together in a nationally recognized way.

Yeshiva’s online cybersecurity master’s degree program at the Katz School for Science and Health recently obtained Fortunemagazine’s ranking as the No. 2 cybersecurity graduate program in the country, putting it in an illustrious class with the likes of the University of California, Berkeley, and Johns Hopkins University.

“At the same time, it highlights our deep connection to Israel. One of Yeshiva University’s great strengths is that we are proud Zionists, and we look for opportunities to partner with Israel — to strengthen what I call the YU-Israel superhighway. The cybersecurity program is a great example of it,” said Berman, noting Israel’s status as a global leader in cybersecurity.

The Fortune ranking, based on criteria such as the selectivity of students in grade point average and student-to-faculty ratios, comes at a time of massive growth and near-zero unemployment in the cybersecurity industry.

The five-year-old YU program is led by Sivan Tehila, an Israeli-American and noted cybersecurity expert. While the concept of cybersecurity in academia as a whole is still relatively new, she credits the program’s faculty for accelerating the program so quickly.

“It all starts with the faculty, who are professionals and leaders in the cybersecurity space. They work for huge companies like Google, Citibank and successful startups,” Tehila told JNS. “Another big differentiator is that this is a boutique program. Our students receive attention from beginning to end. It even extends afterward to the YU cyber alumni group that our graduates created.”

YU graduates have obtained work at the likes of IBM and JP Morgan. According to Tehila, many students are starting work before they graduate.

“Two alumni are going to teach in the program this semester. One is a vice president at JP Morgan, and the other is working for a huge security service provider. They want to give back,” she said.

To give their cybersecurity students practical experience, the school built an actual security operation center (SOC) at the university. It exposes students to cyber bait, such as malicious emails and messages, gives them access to vendors and provides them the ability to use real-world platforms and technology.

“You can’t protect networks and systems without feeling how it is to be attacked, not just in theory. We can talk about incidents, we can teach the basics of risk management and foundations of data and networking, but without touching networks and without hands-on experience, you can’t really learn,” said Tehila.

YU’s cybersecurity program is drawing from a diverse pool of applicants, well beyond what might be thought of as the school’s traditional base.

“YU sounds like a religious, ultra-Orthodox institution, but this year we have students in the cybersecurity program from Egypt and India. I just interviewed someone from Pakistan,” said Tehila.

She is aiming to attract more women to the industry as part of her agenda, and noted the schools’ cybersecurity programs in place for haredim in Brooklyn. She said her goal is to create a similar program for haredi women.

Berman noted that the Fortune ranking is in line with YU’s overall rise. The university rose 29 spots in the “US News Best Colleges” rankings of the past two years, going from No. 97 to No. 68. It is now ranked as the No. 3 university in New York City and, according to him, undergraduate enrollment is set to rise significantly this fall with student numbers expected to grow more than 10% year to year.

“So, we are packed, and all of this is reflected in the ambitious campaign we launched last December called ‘Rise Up: The Campaign for 613’,” said Berman.

“We’re working to raise $613 million. At YU, we even raise money according to our valves. We’ve already brought in over $250 million to the campaign. Our total donations from five years ago have tripled, and our total donor numbers are up 18 percent year to year,” he reported. “People are giving, and that has enabled us to open up new programs and create more scholarships to ensure greater affordability to our growing student body.”

At YIW, a YUConnects singles celebration

Red-hot Yeshiva U ‘Macs’ are going to The Dance