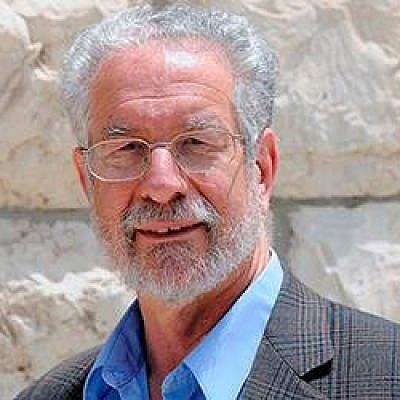 A thought came to mind the other day. For all the bluster about Judaism and anti-Semitism in America, I am not convinced that far-out-left and liberal young Jews, who have been very strident and even threatening on Israel-related issues and local American political battles, have done much on the ground to confront and quash, one way or another, attacks on Jews. They have portrayed themselves as gliding along a moral highway but have permitted immoral actions to exist quite close to home, far from Gaza (did any of them recite a public Kaddish in the town square for murdered and injured Jews, or their damaged and desecrated property)?

These Diasporic supremacists would, at first sight, appear to be of a neo-Bundist revival. Bundists also rejected Zionism and reinvigorated a non-nationalist identity while celebrating a rich Jewish, or rather, Yiddish culture to oppose that of the Hebrew one that was being recreated. Our Jewish millennials in these extremist groups, small on actual numbers while big on social-media presence, seek to blend into the exterior rarified social milieu in which they prefer to travel.

Talya Zax, its deputy culture editor of the Forward, expressed upset about Bari Weiss’s book on the subject on anti-Semitism, writing about the “dangers” of a “perspective” in which Weiss insists “on using the term “Islamist.” And more to the point I wish to emphasize here, she notes: “Young Jews are spearheading some of the left-wing movements that most challenge Zionist ideals, but Weiss suggests that support for Israel is a non-negotiable Jewish value. Is it practically possible to dismiss those Jews who disagree as anti-Semitic without fracturing the Jewish community?”

Of course, one could posit that these “young Jews” were intent on fracturing the Jewish community years ago, charged by Peter Beinart to do that. As formulated just before Rosh Hashana, there are those who think “we’re a proudly Jewish movement fighting for a joyous, diverse, liberated Jewish community.”

Indeed, back in 2016, they phrased their approach this way: “The real issue is a disconnect between Jewish institutions and the values of young Jews. Legacy Jewish organizations, IfNotNow activists charge, are so focused on supporting Israeli government policy that they are willing to dismiss other Jewish concerns.” That begs the question: Has IfNotNow, as well as other groups such as Jewish Voice for Peace, dismissed elements of the resurgent anti-Semitism because of their identification with the progressivist camp?

Reposted to IfNotNow’s Facebook page, an article of Jordan Weissmann of Slate suggests that her “book on combating hatred of Jews in the Trump era is more interested in condemning the left than actually confronting the problem.” He is upset that “she argues that American Jews should be just as worried about college students who overzealously criticize Israel as they are about the aspiring Einsatzgruppen who shoot up shuls.”

Incidentally, Weismann thinks that there are “a number of high-profile Republicans, who have taken to using their support for the Jewish state as a sort of all-purpose pass to fan antisemitism at home.”

IfNotNow (INN) published this call recently regarding the Duke/UNC Middle East Studies program: “We will not allow the Trump administration to weaponize our community’s fears of antisemitism in order to silence critics of Israeli human rights violations.” Trump, for sure, is a red flag for INN. Jewish organizations that agreed to participate in a call with the president INN published were “getting in some last minute sins to atone for on Yom Kippur this year.”

In another Tweet a few days ago, INN published a shout-out to those whose rabbis’ Rosh Hashana sermons were “blaming the rise of antisemitism on ‘the left’ and praising @bariweiss’ book on antisemitism.” They asked their members to send the rabbi an article whose author wrote:

“For someone who is just 35, Weiss sounds an awful lot like an old fashioned cold warrior, and her anticommunism has the stale smell of a House Un-American Activities Committee hearing room about it. … Ultimately, Weiss’s sole gift as a thinker is her ability to smuggle right-wing talking points into the perspective of a self-described ‘reasonable liberal’.”

In line with that attitude, it should be troubling to know that Canary Mission (CM) has unearthed an odd aspect of INN’s relations which CM terms as having the group “developed a close strategic partnership with the anti-Israel organization IfNotNow.” According to their report, “25 AMP leaders and activists, all of whom have spread antisemitic hatred and 58 IfNotNow members who have actively partnered or trained with AMP.” If I may reinterpret that, did their training lead to promoting a critical response, if not a downplaying, of Weiss’s book?

INN was sitting-in all over the place—marching, too, on the issue of the Birthright visit scheme to Israel. What has it done vis-à-vis the rampant anti-Semitism actions over the last two years? Strangely, I see an upcoming seminar sponsored by INN in which its “analysis of anti-Semitism and Occupation,” that is, Israel’s “military occupation,” will be the central theme. In other words, the fault is that of Israel.

A Torontonian INN voice has it, as of July, that “right-wing condemnation of antisemitism can be a tactic that’s used to suppress left voices, and particularly left criticism of Israel and American imperialism.” In addition, “as a modern phenomenon, this cycle of antisemitism is embedded in racialized capitalism and its crises of legitimacy.”

I tried searching the Internet for news of demonstrations, confrontations or sit-ins by any radical Jewish progressive group against anti-Semites in their own territory or any other action. I reached out to several hundred acquaintances through e-mail and asked if they were aware of such. I am still waiting information if anything at all was done by them except a webinar conducted in August titled “Connecting the Dots between Antisemitism, White Nationalism and the Occupation” on “how antisemitism functions in tandem with the occupation and white nationalism.”

In other words, what we have here is a form of “don’t-blame-us-as-we’re-lefties” and pointing the finger at … Israel.

They seem to prefer a false intersectionality paradigm, seeking unity and comradeship with movements, politicians and leaders who couldn’t care less for Jews as Jews. And they could care even less for Israel. Our youthful Jewish neo-Bundists are repeating errors made a century ago without learning anything from that experience. They are loud on Jews who hold different political views but not very effective against anti-Semites. Worse, they have linked up with political forces who express indications of anti-Semitism, but are blind to that since it is all within the camp of the left.

These groups have taken the wrong road. The correct intersection they need be linked to is that which connects them to authentic Jewish tradition, values of culture and the national identity aspect of Judaism, not a made-up one.

Yisrael Medad is an American-born Israeli journalist and political commentator.