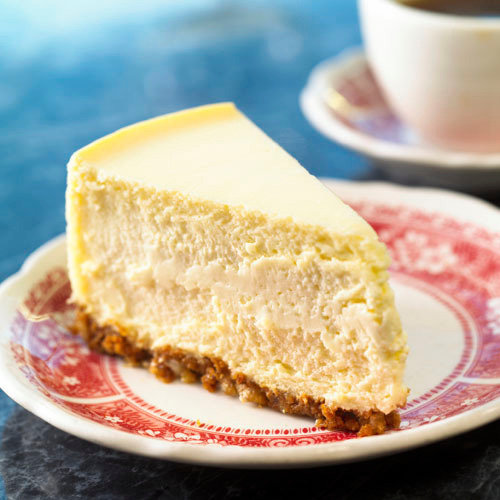 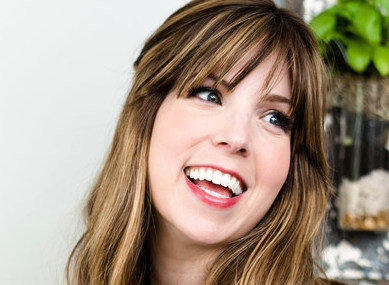 I am not one to fly in the face of Jewish tradition, but Shavuot is one holiday where I confess to compromising on a minhag. I know, I know — we’re supposed to eat dairy foods on this chag, and I’ve heard a variety of reasons given for that custom.

The most common is that at Mount Sinai the Jewish people heard the laws of kashrus for the first time. Previously clueless about kosher slaughter and cooking, they realized — undoubtedly, with that sinking feeling every ba’al teshuva has experienced — that all their pots were treif. And in typical ba’al teshuva fashion, they opted to forego eating meat altogether until they could get all the rules down and prepare meat according to Jewish law. I suspect that this scenario has been replayed in countless homes in the last few decades.

Personally, I would embrace the blintz and cheesecake diet in an instant. But it doesn’t go down with my husband — a true carnivore who can’t enjoy a Yom Tov without a good piece of fleish.

He firmly supports that the age-old definition of true festival simcha: meat and wine, and only meat and wine. And he looks with disdain at all my creative dairy concoctions — even my Creamy Spinach Fettuccini, just oozing with cream and grated Parmesan — as not quite up to snuff for a genuine Jewish holiday experience. How can we celebrate something as important as the giving of the Torah by chewing on cheese buns?

So I strictly adhere to the most important laws of all — the ones that mandate shalom bayis — and I dutifully serve up a juicy meat dish at every Shavuot meal. All the while, I’m muttering apologies under my breath to my guests, explaining that I try to follow all the customs and everything but we won’t have a sweet, peaceful holiday without a full-fledged fleish fest.

So far, nobody has complained.

I do employ a clever compromise, though, one recommended to me by a friend in the same culinary boat. I begin our Shavuot meals with a light dairy entrée — something that satisfies the minhag (and my preference for creamy, dreamy pasta dishes). Sometimes, I follow my mother’s innovation and begin with dessert, a cheesecake “to die for,” as though it’s a normal thing to do.

(According to Mom’s logic, this makes a lot of sense: Why should you have to undo a belt buckle to enjoy a terrific chocolate mousse? Eat the best part of the meal while you’re hungry enough to savor it!)

After we experience that little bit of heaven, we say our bracha acharona and whisk the dairy off the table. Then we wash and sit down to a hearty meat and potatoes repast, complete with all the trimmings.

Are my guests confused? Let’s say they tend to be delightfully perplexed, but they down the cheesecake anyway — and try to save room for the heavy meal to come. Our kids think this is what everyone does.

Listen, if you have the same situation at home — and I’m not saying it’s only men who crave animal flesh, there are women who love to tear into a sizzling steak too — you might want to try one of these solutions. Another alternative is to think Purim, and stealthily disguise meat dishes to look like dairy. Meat-filled blintzes, anyone? What about camouflaging the meat in innocent, dairy-looking lasagna? Or you can go absolutely wild and dip into the pareve end of the spectrum with look-alikes such as tofu cheesecake, keeping your main dish options wide open.

In Israel, cooks are especially adept at turning pareve ingredients into faux milchigs and fleishigs. A friend of mine told me that as a Shavuot guest in Jerusalem, she once had a fabulous chicken dinner followed by incredibly delicious “ice cream.” She told her hostess, “That was the best pareve ice cream I’ve ever tasted. You’ve got to give me the recipe.” The hostess answered her, “Actually, that ice cream was milchig. The ‘chicken’ was pareve.”

So we all have our little secrets. Mine is that I do this itty-bitty compromise with that dairy-only tradition every year. And since I’m confessing, I’ll own up that even my recipe for cheesecake has dieters in mind — it’s a low-fat dream and your guests will never know the difference. If you’d like to bake my fab Low-fat Lemon Cheesecake, the recipe is right here. You can serve it as a tasty pre-meal dairy teaser (before you bring out the roasted ox), or as a yummy dessert to cap a genuine dairy feast.

We know that the Torah is compared to milk because it nourishes the soul just as milk nourishes the body. To paraphrase a passage in the Song of Songs, “[may the] Torah lie under your tongue like honey and milk” this Shavuot — even if the “milk” is pareve.

Pour batter into a lightly grease a 9-inch spring form pan. Bake in a 350 degree oven for 40 to 50 minutes or until just jiggly in the center. The cake will finish cooking from the retained heat after you take it out of the oven.

Chill in refrigerator overnight or for at least 4 hours before slicing and serving. Before serving top with either a layer of low fat sour cream or your favorite pie filling, if desired.

Jamie Geller, the “Jewish Rachael Ray,” is a seven-time best-selling author and founder and CEO of Kosher Network international (KNi). Originally published in 2010.