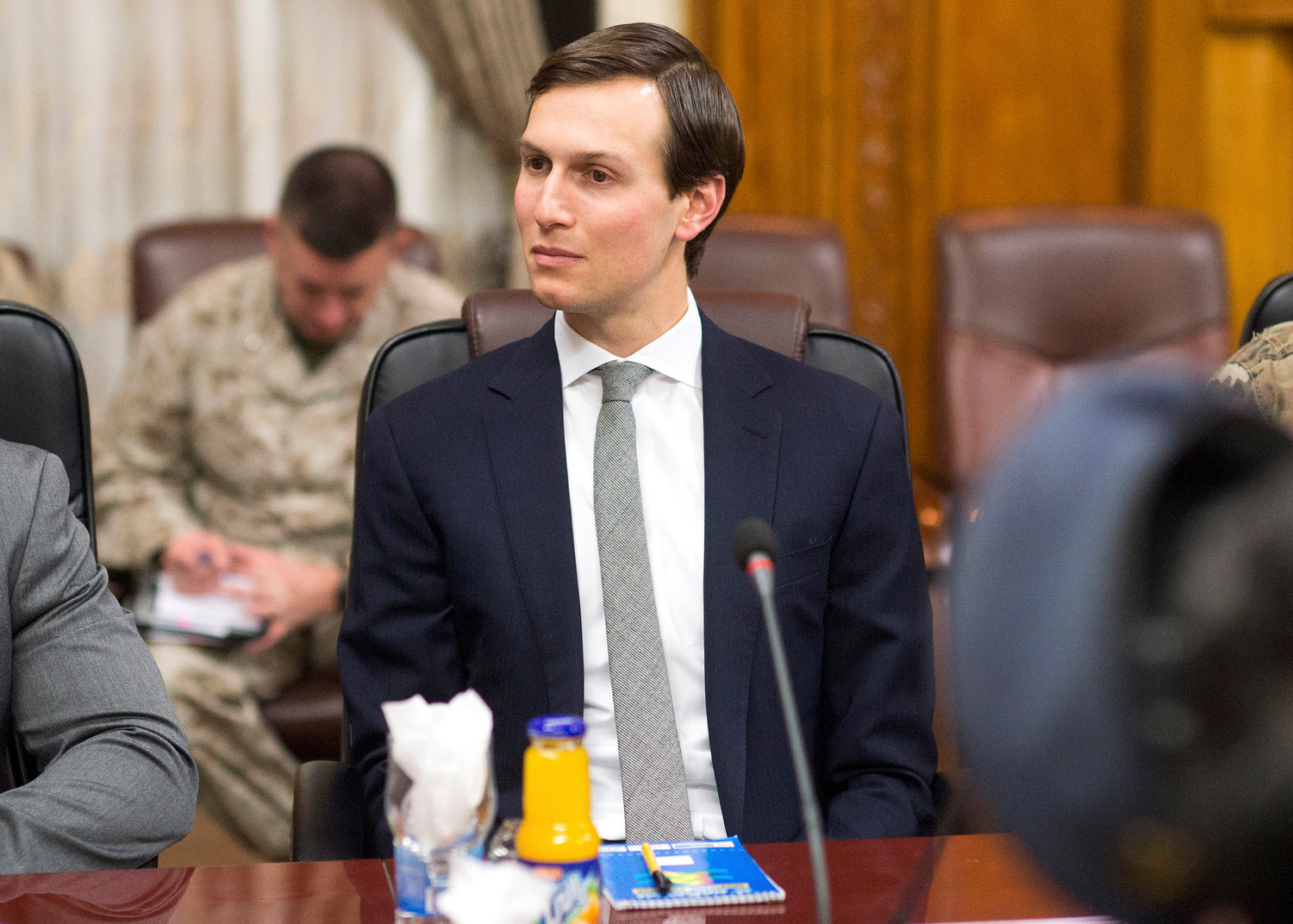 President Donald Trump wants to forge an Israeli-Palestinian peace deal, but he seems determined to reframe the conflict.

What’s unclear is if the radical changes in policy, spearheaded by senior adviser Jared Kushner, will bring Palestinians back to the table, or cripple any prospects for peace.

Since Trump assumed office, he has jettisoned orthodoxies that for years defined U.S. policy: He retreated from the two-state solution, recognized Jerusalem as Israel’s capital, and slashed funding to Palestinians.

Now his administration looks set to embrace a much narrower definition of Palestinian refugees than the one accepted by the U.N. agency that delivers aid to the Palestinians, UNRWA.

“UNRWA is a failed mechanism. It violates standard international law on the status of refugees,” said Trump’s national security adviser, John Bolton. “UNRWA’s program is the only one in history based on the assumption that refugee status is hereditary, and I think it is long overdue that we have taken steps to reduce funding.”

Bolton said perpetuation of refugee status was a mistake.

“Much of UNRWA’s expenses really go to perpetuating the refugee status of the Palestinian people, and I think that’s a mistake,” he said. “I think it’s a mistake from a humanitarian point of view … a perpetuation of an unnatural status.”

UNRWA defines Palestinian refugees as “persons whose normal place of residence was Palestine during the period between June 1 1946 and May 15 1948, and who lost both home and means of livelihood as a result of the 1948 conflict.” It serves some 1.5 million people in 58 recognized Palestinian refugee camps.

In a White House email in January, Kushner wrote that the UNRWA “perpetuates a status quo, is corrupt, inefficient and doesn’t help peace” and said it was necessary to “strategically risk breaking things” for a better outcome.

In another blow to the status quo, the Trump administration said it would cut $200 million from the $400 million it is mandated to deliver to Palestinians (a more recent law allows this). The administration has delivered only $60 million to UNRWA. Last year it delivered $368 million, by far the most generous donor.

Last December, Trump recognized Jerusalem as Israel’s capital and in May moved the U.S. embassy there. That drove Palestinians away from efforts to revive talks.

Jonathan Schanzer, a vice president of the hawkish Foundation for Defense of Democracies, said the Kushner team appeared to be strategically reformulating the power dynamic in Israeli-Palestinian negotiations. Previous administrations had effectively recognized the sides as equals, which Schanzer said fed Palestinian recalcitrance.

Kushner is often driving the changes. In June, he derided Palestinian Authority President Mahmoud Abbas in an interview with Palestinian newspaper, Al Quds.

“I don’t think the Palestinian people feel like their lives are getting better, and there is only so long you can blame that on everyone other than Palestinian leadership,” Kushner said. “I do question how much President Abbas has the ability to, or is willing to, lean into finishing a deal. He has his talking points, which have not changed in the last 25 years.”

Previous administrations have avoided blaming either side for the failure to make a deal, while criticizing individual acts.

Israeli leaders have welcomed some of the changes, but have mostly been silent at the cuts to UNRWA. In an op-ed for Haaretz, Lt. Col. Peter Lerner, a former Israel Army spokesman, explained that while Israelis are frustrated with the Palestinians, sudden changes could portend chaos.

“When the Palestinian Authority collapses, who is likely to pick up the pieces? Israel?” Lerner wrote. “Israel has no interest in the international, financial or security burden of re-enforcing a civil-military administration over Gaza. Hamas? Hamas would love to gain full control and solidify its power over the West Bank.”

Radicals would be “empowered,” Lerner said. “Hardballing the Palestinians into submission is likely to blow up on Israel’s doorstep.”

It’s also not likely to bring the Palestinians on board, said Yousef Munayyer, the executive director of the U.S. campaign for Palestinian rights.

“When you want coercion to lead to a change of behavior, the actor has to see there’s something to lose,” he said. “In the case of the Palestinians they’re already the party living under military occupation. It’s a people that has lost faith in the ability of the United States to deliver anything for them. The threat of cutting ties or reducing aid to different agencies while it was have a real impact on real vulnerable people, as a political tool it doesn’t have much promise at all.”

Lara Frieman, the president of the Foundation for Middle East Peace, said denying the Palestinians the multigenerational attachment to historical Palestine embedded in their refugee status was odd, considering the millennia-long Jewish attachment to the land of Israel.

“For folks who naively believe we’re simplifying the Palestinian issue, they are not taking seriously the power of narrative and grievances,” she said. “How long have Jews held fast to ‘next year in Jerusalem’?”

“The Trump administration’s moves to rescind the refugee status of millions of Palestinians and to massively cut U.S. humanitarian aid to the West Bank and Gaza further confirm that their real intent isn’t an ‘ultimate deal’ to resolve the Israeli-Palestinian conflict but to adopt as US policy the disastrous agenda of Israel’s far-right,” said J Street, the liberal Mideast policy group, in a statement.

Josh Block of the Israel Project welcomed the cuts, telling the New York Times that the Palestinian Authority “will continue seeing its international aid cut not only by the U.S. but others as well” as long as leaders support terrorism.