Viewing Russia for what it is: A nation of thugs 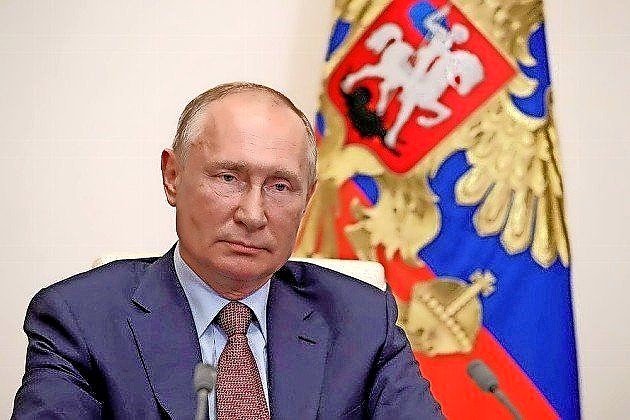 Russian President Vladimir Putin held the meeting with the senior officials of the Government of the Russian Federation, in Moscow on May 11, 2020.
RM/Shutterstock

We have seen this configuration of the international landscape before.”
By Ben Cohen

In the long list of the most hellish places, Russia’s penal colonies are close to the top. In an interview last year with the Associated Press, Olga Romanova, head of a prisoner-rights NGO, remarked that Russian President Vladimir Putin was “satisfied” with the abysmal state of these prison camps because he “wants to have a frightening instrument in his hands. You need to have a place where people are afraid to go.”

Among the more than 500,000 prisoners locked into the Russian gulag system are Alexei Navalny, the opposition leader persecuted by Putin’s regime, and the American WNBA star Brittney Griner, incarcerated with a nine-and-a-half sentence on a preposterous marijuana charge. But the gulag also contains violent and dangerous criminals who are now — thanks to Russia’s war in Ukraine — more likely to obtain their freedom in the coming weeks than Navalny or Griner.

Last week, video surfaced of Yevgeniy Prigozhin, head of the notorious band of mercenary criminals known as the Wagner Group (in honor of Hitler’s favorite composer), recruiting prisoners for the Russian war effort in a bleak-looking penal colony in the center of the country.

“If you serve six months, you are free,” Prigozhin told the prisoners. He went on to warn them that life would be no bed of roses: Prisoners who tried to desert would be executed, he informed them, and anyone captured by the Ukrainians would be expected to commit suicide by exploding a hand grenade. Emphasizing that he was looking for fit, able-bodied volunteers, he added pointedly that “this is a hard war, not even close to the likes of Chechnya and the others.”

A hard war is one way of putting it; a disaster for the Putin regime is another.

In recent days, Ukraine’s armed forces have made astonishing battlefield gains amid frequent reports of bedraggled, hungry and confused Russian soldiers fleeing the front. If Russia is going to double down, it needs troops desperate enough to fight ugly — like the three prisoners recruited by the Wagner Group who were killed last June as they stormed Ukrainian trenches near the Vuhlehirska power station in the east of the country, brandishing knives as they attacked.

Strikingly, a similar sense of desperation is governing Russia’s foreign relations. Just as it has turned domestically to criminal elements to assist in the brutal invasion of its southern neighbor, so Moscow is looking to the world’s rogue regimes as it tries to shore up its international standing.

ast week, Putin was in the ancient Uzbek city of Samarkand for a summit meeting of the Shanghai Cooperation Organization (SCO). As grandiose as it sounds, the SCO is a small club of states with human-rights records that range from suspect to appalling, including Russia, China, India, Pakistan and the former Soviet republics of Uzbekistan, Kazakhstan, Tajikistan and Kyrgyzstan.

And a new member was added: Iran.

“The relationship between countries that are sanctioned by the US, such as Iran, Russia or other countries, can overcome many problems and issues and make them stronger,” Iranian President Ebrahim Raisi remarked during his meeting with Putin.

It’s worth stating that we have seen this configuration of the international landscape before. During the Cold War, the Soviet Union exercised formidable influence in the developing world — for example, playing a key role in strong-arming African and Asian countries to cut their ties with Israel following the Six-Day War of 1967 (at that time, incidentally, Iran was still a Western-aligned state).

Now Putin, trained and formed in the Soviet-era KGB, is pursuing a similar policy of aligning with states that are already anti-Western (and anti-Israel) or who will have no choice to become so as a condition of their participation in a Russian-led alliance.

During the summer, Russian Foreign Minister Sergey Lavrov undertook an extensive tour of Africa, enjoying a rare warm welcome in Uganda, Ethiopia and Congo-Brazzaville, among other destinations.

Lavrov’s primary purpose was to broadcast the message that Western sanctions — and not the Russian blockade of Ukrainian outlets to the sea — are to blame for a food crisis that is set to get much worse in the coming months. Of course, and in another nod to practices of the Soviet era, Lavrov made no promises of aid to ease the pain of these countries, providing merely a shower of angry propaganda.

The Russians know who their natural allies are, and so do we: the Chinese, who operate their own gulag system; the North Koreans, who do the same; along with the Iranians and a handful of other bloodstained regimes.

Yet this alliance is built on paranoia rather than success and by a desire to keep America and the West out, instead of showcasing their societies as a model for other countries to imitate. Its failure will be our victory.