Trump is right about Soros 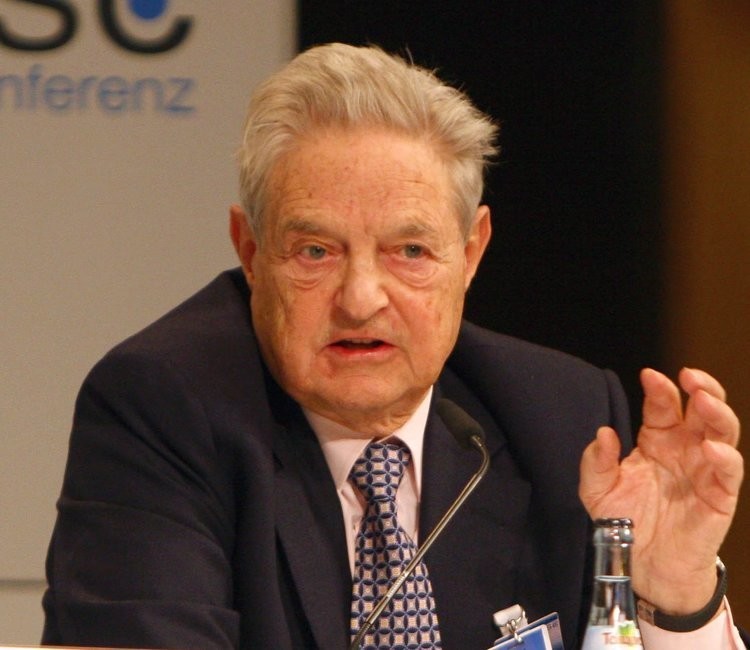 There is plenty of evidence that George Soros contributed funding to the anti-Kavanaugh protests from the time he was nominated through the sexual assault accusations. But when President Trump slammed protesters opposed to Brett Kavanaugh and said that the women who confronted Senator Jeff Flake were being paid by billionaire George Soros, liberals said he was being anti-Semitic.

On Friday, the President tweeted: “The very rude elevator screamers are paid professionals only looking to make Senators look bad. Don’t fall for it! Also, look at all of the professionally made identical signs. Paid for by Soros and others. These are not signs made in the basement from love!”

He was almost immediately met with an opinion piece by Andrew Paul in The Forward, called “Trump’s Shameful Anti-Semitic Dog-Whistle Puts Him In Bad Company.”

Paul wrote: “This isn’t just a dog-whistle. It’s an openly anti-Semitic, easily debunked conspiracy theory put forth by the President of the United States. Blaming a rich Jew for controlling the levers behind a mass protest organized by your political opponents is the stuff anti-Semitic cartoons have been made of for centuries.”

Deputy Washington editor of the New York Times Jonathan Weisman added his voice to Paul’s, tweeting: “I’m sorry but the ‘Soros is paying them’ trope from the president of the United States is ... wow. Read (((Semitism)))”

But  via his network of political charities, Soros hasprovided much funding to the protests.

The Daily Caller reported in July that Soros was the moneyman behind Demand for Justice, which is run by Hillary Clinton’s former press secretary, Brian Fallon. My friend J.E. Dyer, who blogs at Liberty Unyielding, pointed out that one of the lawyers for Kavanaugh accuser Debra Katz, recommended to her by Senator Diane Feinstein, is vice chair of the board of directors for the Project on Government Oversight (POGO), a Soros-funded group.

During an interview on MSNBC Friday, Ana Maria Archila, one of the women who confronted Sen. Flake in an elevator, did not deny Trump’s characterization of her efforts. Archila is the executive director of the Center for Popular Democracy (CPD, which is heavily funded by George Soros’ Open Society Foundation. And her elevator companion, Maria Gallagher, is an activist with CPD.

While Soros is Jewish, he funds so many anti-Israel and anti-Semitic organizations that it is hard to believe any criticism of him to be based on his Jewish background. In addition to supporting the Woman’s March, which is run by anti-Semites, since 2001 the Soros network has given $2,688,561 to Adalah, which has accused Israel of war crimes and contributed charges to the now-disgraced Goldstone Report. Adalah has also called on governments the world over to sever or downgrade diplomatic relations with Israel.

Another favorite for Soros money is I’lam, a Nazareth-based Palestinian media center that promotes allegations of bias in Israeli media. The New Israel Fund (NIF), which received $837,500 in Soro money since 2009, funds anti-Israel groups that make false charges or promote the BDS movement, including Adalah, B’Tselem, Breaking the Silence, and Physicians for Human Rights, Social TV, and 972 Magazine.

Women Against Violence (WAV) received $1,430,000 from Soros, and also supports BDS. Along with advocating for boycott, divestment, and sanctions, Mada al-Carmel – Arab Center for Applied Social Research, which received $707,000 from Soros, was one of the creators of the Haifa Document in 2007. The Haifa Document calls for a “change in the definition of the State of Israel from a Jewish state” and accuses Israel of “exploiting” the Holocaust “at the expense of the Palestinian people.”

And let’s not forget that Soros helped fund the creation of J-Street, the faux pro-Israel organization that is actually anti-Israel and supports the BDS movement.

On the other hand, anyone who says President Trump has an anti-Semitic bone in his body is a fool. Putting aside for a moment that he would have to hate his daughter Ivanka, his son-in-law Jared Kushner, and their three children, Trump has been generous in donating to Jewish organizations and was grand marshal of the Israel Day parade.

Trump counts Jews among his circle of friends, including Israeli Prime Minister Netanyahu (something that was obvious when he visited Israel) and New England Patriots owner Robert Kraft. His Jewish son-in-law is a close adviser.

Evidence shows that George Soros did provide significant cash to Kavanaugh protest groups, including sending the elevator women who went after Sen. Flake. He may have been born Jewish, but he is not a big friend to the Jewish people and the Jewish State, while Trump may be the most pro-Israel and pro-Jewish president in American history.