So … are Judaism and Zionism the same thing? 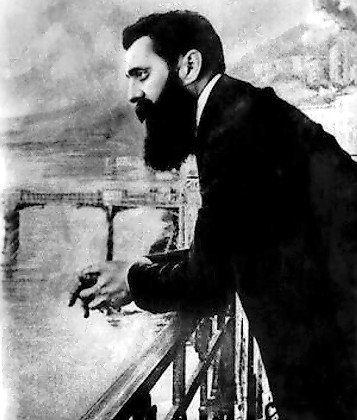 When we start Zionism’s clock with Abraham, we risk overgeneralizing the term.”
By Matthew Schultz

In a recent column, Rabbi Chaim Steinmetz makes the case that Abraham, the first Jew, was also the first Zionist.

“Abraham becomes a Jew and a Zionist at the same time” Steinmetz writes. “Genesis makes it clear that Zionism is central to Abraham’s new religious mission.”

Reading the piece, I was reminded of a debate I once had on Twitter over whether Queen Esther was a Zionist. I had argued that the claim was nonsensical and anachronistic. My sparring partner, on the other hand, was adamant that Esther, who sought to rescue the Jews from tyranny, was an embodiment of Zionist ideals.

This argument is impossible to win, as it involves something quite subjective, which is how we determine the historical continuity of an entity or an idea. For instance, what was the first chair? Was it the ground? Was it a stump or a rock that someone sat on? Or was it the first intentionally created piece of furniture designed explicitly for sitting? Depending on one’s definition of terms, any one of these answers could be correct.

Similarly, who was the first Zionist? Was it the first Jew who ever dreamed of journeying to the holy land? Or was it the first person to call himself a Zionist? Moreover, what is the meaning of Zionism? Does any expression of longing for holy land qualify as Zionism? Or does the term have a more specific meaning?

There’s no right or wrong answer to this question, but different answers will bear different fruit and serve different agendas. If we take the expansive approach of Rabbi Steinmetz, we have the benefit of seeing Zionism’s continuity with Jewish history and Jewish religious thought. If one’s goal is to imply that Jewish anti-Zionists are out of step with both, this approach will be useful.

This does seem to be part of Steinmetz’s thesis. “Today’s anti-Zionists take inspiration in an ideology shaped by long-forgotten challenges, and offer an alternative Judaism devoid of any national identity. But this is bound to fail; a Judaism without Zionism is impossible.”

As is evident from my Twitter debate over Queen Esther, I prefer to define Zionism more narrowly, looking at it in its historical context as an intellectual, spiritual and political movement that arose in 19th-century Europe. This approach understands Zionism not merely as an expression of the age-old longing for Jewish self-determination and return, but as a very particular and novel approach to this age-old longing. Here, the emphasis isn’t on Zionism’s continuity with Jewish history and religious thought, but rather its radical break with the Jewish past.

The early Zionists were not pious Jews. They were often secular, and almost always radicals and freethinkers. Their ideas scandalized and enraged their elders. Their desire to build a secular state in Palestine was not interpreted as a seamless continuation of the ancient Jewish longing for the holy land, but rather as a shocking rejection of the way things had always been.

I fear that when we start Zionism’s clock with Abraham, we risk overgeneralizing the term in such a way as to erase the uniqueness and the boldness of those individuals.

This, however, is not the only reason I take the position I take. As noted above, different answers to these questions bear different fruit. When we blur the lines between Zionism and Judaism, or Zionists and Jews, I worry that we are doing little more than deepening already deep rifts in our community.

In a recent Jerusalem Post op-ed, David Friedman, the former US ambassador to Israel, argues that Zionism and Judaism are “inseparable,” and further, that “to be a Jew is to be a Zionist.”

“Theologically,” writes Friedman, “there is no daylight between Zionism — the movement that has successfully brought the Jewish people back to its biblical homeland—and Judaism itself.”

Among the many implications of such a belief is the idea that non-Zionist Jews are doing their Judaism wrong. These ideas also have the potential to alienate Jews who live in the diaspora, whether they are Zionist or not. Citing the great bulk of “biblical commandments that can only be performed within the Land of Israel,” Friedman states that “Israel is the only nation where Judaism can be fully actualized.”

Were Judaism’s “actualization” evaluated by nothing more than the sheer quantity of biblical commandments one can fulfill at any time, this point would be more convincing. In reality, Judaism without the diaspora would not be Judaism. There would be no Babylonian Talmud, no Kabbalah, no Hasidism, no Reform Movement, no Yiddish literature, no Lower East Side.

The truth is that Judaism is actualized wherever Jews come together in community, in prayer, and in study — both in Israel and out.

With increasing enmity between Zionist and non-Zionist Jews comes an increase in attempts to invalidate one other’s Jewishness. Gil Troy and Natan Sharansky went so far as to label anti-Zionist Jews as “un-Jews,” while IfNotNow taunted Zionists by smugly tweeting at them: “Our Judaism welcomes the stranger and fights for justice. What’s yours?”

This goes beyond headlines and social media. As a rabbinical student in America at a pluralist academy who is currently studying at a pluralist yeshiva in Jerusalem, I live my life on the faultline of this issue. I am in close community with the future leaders of American Judaism, and I can attest that this issue is not going away.

From my vantage point as a Zionist in these spaces, I can attest that fierce disagreements over Israel are the most pressing challenge to Jewish pluralism today. Our communal debates about egalitarian prayer or kosher microwaves are logistical and academic. Our debates about Israel, on the other hand, threaten to make enemies of friends.

All of this should be considered when we ask questions about the relationship between Zionism and Judaism. These are, after all, challenging questions for a complex chapter of Jewish history, and our answers, as should be expected, will vary greatly between individuals and communities.

This is all the more reason to use our words carefully. As we debate one another over what it means to be a Zionist Jew or a non-Zionist Jew, we would be best advised to follow three rules: One, use terms with precision. Two, interpret one another’s words generously. Three, conduct these conversations face to face, and never —I f at all possible — on Twitter.