‘Searching for Sinai: The Location of Revelation’ 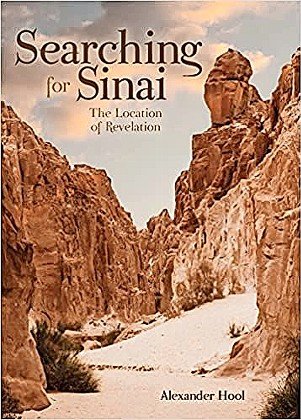 From the Preface to “Searching for Sinai: The Location of Revelation” by Rabbi Alexander Hool (Mosaica Press, 2017).

The most awesome and magnificent moments in history were most certainly the crossing of the Red Sea and the giving of the Torah at Mount Sinai, respectively.

Ironically, the actual location of both of these monumental events are shrouded in mystery. Generations of scholars and researchers have, since time immemorial, aspired to find these unique sites. But, although many theories have been propounded, none have yielded any decisive archaeological evidence.

The importance of knowing the location of these historical sites is evident from the Talmud. In Tractate Berachoth 54a, a special law was instituted for one who encounters the sites where miracles took place for Israelites. In Tractate Baba Bathra 74a the Sage Rabbah bar Bar Channah is referred to as being invited and led to the location of Mount Sinai.

Indeed, Rambam in Moreh Nevuchim (3:50) and Ramban (Numbers 33:1) attach great significance to the knowledge of the precise location of all the various encampments of the Israelites. They explain that the Scriptures dwell at length in describing the sojourn of the Israelites throughout their forty-year stay in the wilderness, mentioning by name all the different places of encampment, so that later generations would be able to identify them and see that these places were indeed out of reach of civilization, and pay tribute to the great miracles that occurred in sustaining the Israelites throughout time.

Knowledge of the various sites of encampment of the Israelites will also surely lead to a better understanding of the biblical verses, and at the same time pave the way for attaining a clearer picture of this crucial period in history.

In this unique and groundbreaking book, readers will:

•Investigate various possible locations of Mount Sinai and the crossing of the Red Sea and judge if they conform to the Biblical narrative and rabbinic tradition. Trace the footsteps of the Israelites from the Exodus until their arrival at Mount Sinai.

•Be guided by clues between the words of the Biblical narrative, ancient rabbinic sources and topographical study of the area.

•In the course of the investigation, we will be led to new and startling locations for both the crossing of the Red Sea and Mount Sinai.