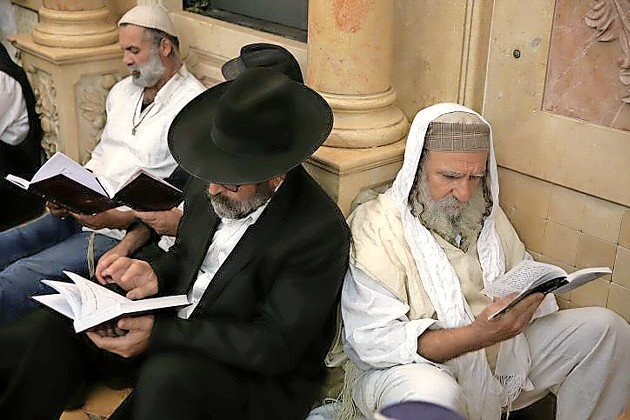 This Sunday’s Orthodox Union Tisha B’Av program will focus on contemporary tragedies affecting the Jewish people as well as the destruction of the Temples and other calamities throughout history.

The event will feature two live sessions — the first broadcast from the OU’s Seymour J. Abrams Jerusalem World Center beginning at 9 am Israel time. The second will broadcast live at 9 am Eastern Time from Congregation Keter Torah in Teaneck. Both sessions are also open to free in-person attendance and will be streamed live online.

OU executive vice president emeritus Rabbi Dr. Tzvi Hersh Weinreb’s lesson will be available all day for those in different time zones. Titled “Ever to Remember, Never to Despair,” Rabbi Weinreb, whose column appears weekly in The Jewish Star, will explore recent tragedies that have befallen Jewish communities around the world, including at Mount Meron during Lag B’Omer; Hamas rocket attacks in Israel in May; and the condominium collapse in Surfside, Fla., in June. He will conclude with words of hope.

“The mourning of Tisha B’Av is communal and doing so together is core to its observance,” said OU Executive Vice President Rabbi Moshe Hauer.

“Throughout the last year-and-a-half, we have looked for ways to support Jewish communities around the country,” said managing director of OU Torah Initiatives Rabbi David Pardo. “Rabbi Weinreb, Rabbi Weil and Rabbi Nissel’s messages are always profoundly relevant, instructive and inspiring, and their focus on our community’s recent tragedies will undoubtedly help us to emotionally connect with the atmosphere of the holiday and thus benefit us all.”

SKA girls fly to New Orleans on mission with the NCSY