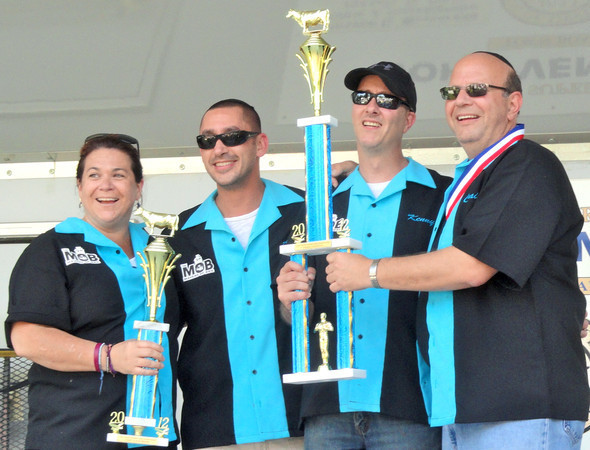 On Sunday, June 10 the MOB aka “The Mavens of BBQ” placed in the top six in every competition, including first place in baked beans, and walked away with the overall 1st place Grand Champion trophy in the Long Island Kosher Barbeque Championship. The team from Merrick’s Congregation Ohav Sholom was competing for the first time. They have now qualified to compete in other Kosher BBQ competitions in Atlanta, Georgia and Birmingham, Alabama, leading up to a potential national championship in Memphis, Tennessee.

17 teams competed overall in the competition, which is modeled after and sanctioned by the ASBEE World Kosher BBQ Championship in Memphis, Tennessee and has quickly become one of the year’s most anticipated events within the Long Island Jewish community.

In addition to the BBQ Championship those who attended Sunday’s event at Westbury’s Temple Beth Torah were treated to good food, family fun and old-fashioned hospitality with events ranging from a pickle-eating contest to a basketball skills tournament to an array of live entertainment and a Kiddie Corral filled with various children’s activities.

In fact, not to be outdone by his mom, Eli Greenberg had two wins in the youth competitions for Pickle and Hot Dog eating.