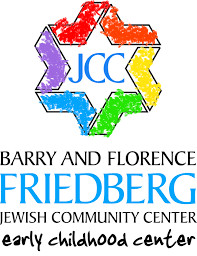 “She thinks you’re her son,” Gloria Lebeaux, director of social work for the Barry and Florence Friedberg Jewish Community Center, told this reporter, nodding toward a participant in the center’s Senior Adult Day Program for people with Alzheimer’s disease or other forms of dementia. The woman, an octogenarian whose son died recently, stared in our direction.

“Just roll with it,” Lebeaux said, adding later that “therapeutic lying” was an easy way to avoid upsetting those with Alzheimer’s or another form of dementia.

November is Alzheimer’s Awareness Month, and the Friedberg JCC in Oceanside is offering free programs to help caregivers and community members understand the disease, including support groups, caretakers’ stress reduction classes and a course entitled “Dementia 101.” About 5.4 million Americans suffer from the disease, according to the Alzheimer’s Association.

Among the speakers seated at the front of the multi-purpose room on Nov. 10 was Lisa Glickman, who leads the program’s music class. She played patriotic songs in honor of Veterans Day, and distributed lyrics sheets and American flags to the group of about 10 participants, sitting at tables.

Between songs, the participants joked with one another about the quality of their singing voices. They waved their flags and sang along softly to “Gd Bless America” and “This Land is Your Land,” smiling wider and singing louder when the familiar choruses came around.

“Your music memory is one of your last memories to leave you,” Dr. Peg O’Donnell, a senior nurse practitioner at South Nassau Communities Hospital, said, adding that it is a region of the brain linked closely with speech and communication. According to O’Donnell, engaging with familiar music can help people retain other memories, similar to how a strong smell can elicit vivid memories of experiences such as holiday dinners.

Pamela Jaffe, a clinical social worker and the director of the center’s Senior Adult Day Program, said that its curriculum, in part, aims to create rhythms and routines — daily, weekly, monthly and seasonal — to help keep seniors grounded in time. The program’s rigid structure helps participants form new memories and retain old ones, Jaffe said, but added that it’s important to ensure that the seniors are given options.

“These are adults,” she said, “and when you have this disease, a lot of your independence gets taken away. We always want to make sure they feel like they have choices.”

People with Alzheimer’s often find it hard to stay socially engaged, O’Donnell said. “People don’t know how to speak to them. People are nervous about interacting with them. It’s a very isolating disease.”

Lebeaux said that it’s not only isolating for people with the disease, but for their caretakers as well. “The problem with being a caregiver to anyone is that you feel very alone,” she said. “You feel like you’re the only one in the universe. You’ve lost a lot of your friends. You often can’t leave your house.”

A portion of the center’s Alzheimer’s programming is dedicated to equipping caregivers with coping techniques. There are support groups for caregivers, at which, Lebeaux said, “They do a lot of venting, sharing of ideas and resources. … It’s about learning strategies.”

For example, she said, the caretakers often talk about “what to do when your loved one ‘sun-downs.’” In many cases, Alzheimer’s patients’ symptoms start out mild during the day, and suddenly become more pronounced at dusk.

Each case of Alzheimer’s is different, Lebeaux said. Patients in the beginning stages of the disease and their families face different challenges than those in its later stages. Lebeaux said that the JCC wants to provide a wider variety of programs to address these differences, but that the limited funding from donors and the state office for aging poses an obstacle.

Lebeaux said that one of the challenges of Alzheimer’s disease is that “there’s no test like there is for prostate cancer or breast cancer … Sometimes their peers tell them that they don’t seem like themselves. Sometimes [the patient] just has a vague sense that something feels off.”

While memory problems are often a key indicator, “There are a lot of medical reasons for memory loss,” especially at an older age, she said. “They need to go to their own doctor first” before rushing to make an appointment with a neurologist.

O’Donnell stressed that there is no way to fight the underlying causes of Alzheimer’s disease, and that medication can only help manage a patient’s symptoms. Still, she said, “If we can catch it ahead of time, the meds will be able to have more of an effect.” As the disease progresses, however, the symptoms become more challenging to treat, she said.

“Early intervention is imperative now,” O’Donnell explained. “If you have a loved one that you’re maybe a little bit concerned about … bring ’em in.”

• One in three seniors die from Alzheimer’s-related complications.

• Every 66 seconds, someone in the United States develops Alzheimer’s.

• This year, Alzheimer’s and other dementias will cost the United States $259 billion.

•One in 10 people over age 65 has Alzheimer’s or another form of dementia.

•Two-thirds of Alzheimer’s patients are women.

•African-Americans are about twice as likely as older white people to have Alzheimer’s or other dementias.

•Hispanics are about 50 percent more likely than older whites to have Alzheimer’s or other dementias.