YIW's Rabbi Billet: Minyanim happening in our community are a dangerous violation of Jewish law

'In my view, the services that have been conducted to date in defiance of the community are worthless. They are a violation of Jewish law. The Kaddish is of no value. It does not honor the soul of the deceased.' 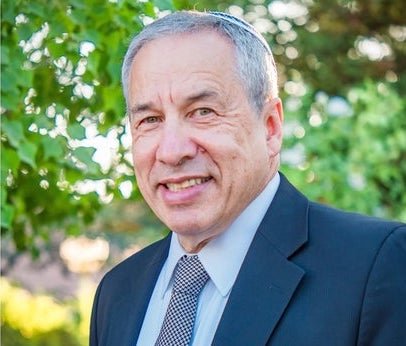 Halacha is unequivocal and we are duty-bound to accept it in both theory and practice.”

In my view, the services that have been conducted to date in defiance of the community are worthless. They are a violation of Jewish law. The Kaddish is of no value. It does not honor the soul of the deceased.”
By Rabbi Hershel Billet

This letter was sent to members of Young Israel of Woodmere on Thursday.

Please excuse the length of this letter, but I feel that I have many important things that must be said to you now.

As an Orthodox Jew and an ordained rabbi, I am fully aware that the Torah and CHAZAL/Rishonim/Achronim/Halacha mandate that we pray every day. Ideally, praying with a quorum of ten men, at a minyan in a synagogue, is the better way to do the “service of the heart.” From my perspective the Halacha is unequivocal and we are duty-bound to accept it in both theory and practice.

The inability to pray with a minyan has been a painful consequence of this pandemic for many Orthodox Jews. And the desire to have a minyan three times daily, in any venue, is a genuine yearning of the soul for Orthodox Jews.

In the best of all possible worlds, in the worst of all possible circumstances, a deceased Jew deserves a eulogy in front of his family, friends and fellow community members. The deceased deserves a quorum at the cemetery to do the burial and to enable sons, daughters (if they choose), or in the absence of children, someone else, to say Kaddish at the grave.

The pandemic has denied everyone these opportunities. The deceased has suffered the worst fate. The families of the deceased have suffered terribly over the loss itself and by being deprived of a normal Shiva week. Consolation visits have been by telephone or by Zoom. Kaddish has not been said except by designating some stranger far away to serve as a second-string substitute. Feelings of guilt are present in large doses.

I believe that Halacha applauds both mourners, communities and Shuls for their conduct over the last few months. Those who have endured and made disciplined but painful choices are courageous heroes!

We must understand the complex reality of human beings in an imperfect but real world. Rav Yochanan ben Zakkai instructed his five great students to “GO OUT and SEE a good path to follow and a bad path to avoid.”

Why should five of the greatest rabbis of the Mishnah have to “Go OUT and see”? Why not tell them to “Go IN and see”? Doesn’t the Bais Midrash contain all of the answers inside its sacred walls? The answer is that perhaps the Bais Midrash alone is insufficient if the Torah is to be a living Torah! Perhaps the lessons of the Bais Midrash must be applied in a practical way to the realities of an imperfect world.

A choice had to be made between observing our religious “normal” and adjusting in a safe way to our coronavirus infected world. What is a valid halachic determination as to how to conduct ourselves? On the one hand, we could choose to change nothing and continue to function as we always have. The downside of that choice is to put ourselves in a clear and present danger of getting sick and dying.

But in the days of social media, rabbinic authority goes as far as the choice to agree with the rabbis or not. If one feels the rabbis are wrong, then one chooses to do as he wishes. Hence, wherever the government has not forbidden it, one goes ahead and creates a religious service that does not comply with community standards. You implore mourners to come and say Kaddish. You find a rabbi who agrees with you and who is willing to break the communal unity and norm. That is what has happened both in our community and in other places all over the world.

In my view, the services that have been conducted to date in defiance of the community are worthless. They are a violation of Jewish law. The Kaddish is of no value. It does not honor the soul of the deceased.

Some rabbis and attendees at these services are well meaning but misguided. Others use the cover of piety. From their perspective, they see themselves as wiser than the community. The Talmud has a term for that. It is called yuhara (hubris.) They say that they are praying for the community and saving everyone from a terrible disaster. They have done a very poor job. Just look at the numbers of sick and deceased people.

One of the reasons we say Kaddish is to restore the image of G-d that has been diminished by the loss of a human being who was created in His image. A British rabbi said that by not saying Kaddish for his father at a religious service, he felt that he was honoring his father and was restoring the image of G-d by virtue of his compliance with communal rules. All of those people who have conformed to the rules of not attending services indoors or outdoors have honored the memory of their parents. Going to an illegal service and saying Kaddish would disgrace that memory.

Now we come to a new situation. There is no question that things have gotten slightly better. There is no question that there are ways that safe services can take place. But once we loosen our current standards, chaos will ensue. It is human nature to seek a social environment. Many unsupervised social gatherings (kiddushes, invitations to meals in someone else’s home) will transpire. Safe standards will be dropped. The possibility is that nothing will happen. So why not take a chance?

The alternative possibility is that one person will get sick and one person will die. Who will it be? Is relaxing our standards of caution worth the risk of the loss of even one life? To my mind, that is called safek pikuach nefesh (a possible risk of human life). Jewish law is very clear that for a circumstance like this, it is forbidden to take a chance.

We have no control over what the government does. But we do have control over what we do. My view is: in the meantime, we should maintain the restrictions. I know it is painful. But I also believe that the more pain we suffer now, the better off we will be in the future, for a long period of time. Life might even return to normal without having to suffer the consequences of a resurgence of the disease.

Let us be disciplined. Most of us are well. Let’s stay well. Let’s hope and pray those who are not well recover quickly and completely. Pray at home. No Kaddish yet. Make Shiva calls by phone or Zoom. See the light at end of the tunnel. Be hopeful. We shall overcome.

I wish to clarify that I wrote the letter today because there have been many minyanim in the Five Towns in violation of our community standards which are based on both medical advice and our halachic authorities and the halachic authority of others.

I refer only to the past. It has always been possible to create a religious service that was safe. But we did not do it because our doctors and religious authorities thought that it could lead to unsupervised violations of medical advice. That could lead to a spread of disease. This was the universal position of almost the entire Orthodox Jewish community.

The violations that I referred to are ones that have occurred to date.

Some mourners have felt particularly bad about obeying our standards and having to give up saying Kaddish for their loved ones. Avoiding one of those minyanim took a lot of courage.

Going forward, our doctors and religious authorities are of the opinion that at present, things must remain the same for us.

But you will also see that in some communities standards are going to be gradually relaxed sooner than we will do it. As long as they function with their religious authorities and good medical advice, I have nothing bad to say about them. From their perspective they are behaving responsibly. Everyone has the right to follow responsible halachic advice that coincides with responsible medicine.

Editor's note: Click to read guidance issued on Friday by the Orthodox Union and RCA, and separately by Agudath Israel of Amerca. Rabbi Billet's letter was distributed with permission by the JTA news service.