Memorial to children of the Shoah 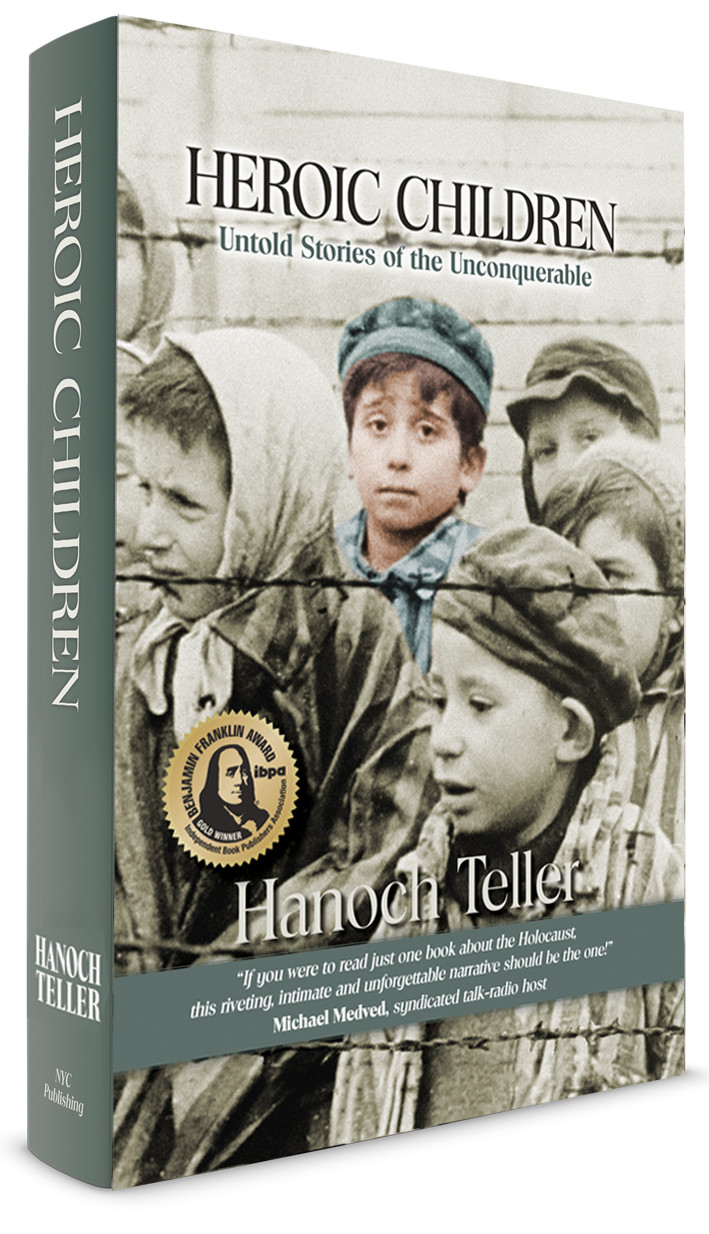 By Alan Jay Gerber
This week’s column presents the foreword to the new edition of Rabbi Hanoch Teller’s classic, “Heroic Children: Untold Stories of the Unconquerable.” During the Three Weeks, the saddest time in the Jewish calendar, you will read an eloquent take on one of the saddest and most tragic chapters in the Holocaust experience: the fate of Jewish children.

“In this captivating book, Rabbi Hanoch Teller shares the story of children, who, in the midst of the Holocaust, showed courage in the face of torture, and hope in the midst of its indescribable sorrow,” writes Sir Martin Gilbert, of blessed memory, one of our generation’s greatest historians. “If you find these stories too gut-wrenching to read, remember you are only reading the book, these children actually experienced it!

“Read this book to be informed and inspired, and to determine that with G-d’s help this shall never happen again.”

Somewhere, deep within my subconscious, perhaps even in my DNA, the Holocaust is irrevocably implanted. It has in a significant way formed and informed my perspective on life and death, on Jewish history and the Jewish soul, on human history and the human soul.

No doubt it was this perspective that gave birth, in 2015, to the First Edition of Heroic Children.

Since then, the book has been (thank G-d) wildly successful, reaching readers in all corners of the globe. There was critical acclaim and there have been notable awards.

Yet there was also a flaw. Although Heroic Children was meticulously researched and faithfully reported, I did not adequately footnote my sources. Righting (and rewriting) this wrong, in this Second Edition, was a significant challenge that involved more than a year of painstaking research and investigation, and retelling and reliving the stories.

Although I hadn’t aspired to put forth a “scholarly” work (a product that seemed, to me, somewhat incompatible with my writing style), I am deeply gratified by the fruits of this labor, and I hope that readers will be as well. For this I must thank those who generously assisted me in this round. …

Heroic Children was my modest effort to honor the memory and courage of the 1.5 million children who perished during the Holocaust, by telling the stories of a few. Until this mission was executed to the fullest, I felt incomplete. Careful attribution and sourcing is more important now than ever. As the Holocaust becomes an increasingly distant memory, deniers are at the ready, using technology to promulgate lies and disseminate distortions in service of the oldest hatred.

I would also feel incomplete if I did not point out that this tribute to the young victims of what was designed to be the “Final Solution” is a memorial like no other. These martyrs were not the victims of political expediency or “collateral damage,” caught in the crossfire of war. Their very existence was a crime unpardonable: the crime of being a Jew. A crime for which even innocent children were punished by degradation, starvation, torture and, ultimately, extermination.

Throughout the modern world there are memorials for civilizations past. The Aztecs, the Incas, the glories of ancient Greece — final tributes to peoples that are no more. How hideous to even contemplate that this book (or any other) memorializing the child martyrs might ever receive the designation of a final tribute! Rather, we pay homage to the victims by illuminating how they lived — even in the darkest of times — so that their truncated lives will be an inspiration to our ongoing lives. So that their lives, extinguished too soon, will be a beacon of light and a fortress of strength for our futures. So that their lives were not taken in vain, and our lives can be bequeathed meaning and purpose.

The lives of the Heroic Children are never more real to me than when I visit the extermination camp Majdanek in Lublin, Poland. A veritable mountain-range of the victims’ shoes are preserved there. No photo or video can convey what it is like to be in the presence of thousands and thousands of pairs of shoes, in all sizes—the sight, the smell, the emotion of it. I find that my own foot involuntarily rises up to find a shoe, a shoe that fits. … The symbolism is overwhelming: I cannot put myself in their shoes, but I can try and walk the path they may have sought to tread.

I am humbled and buoyed by the willingness of so many to join me on this lifelong journey.