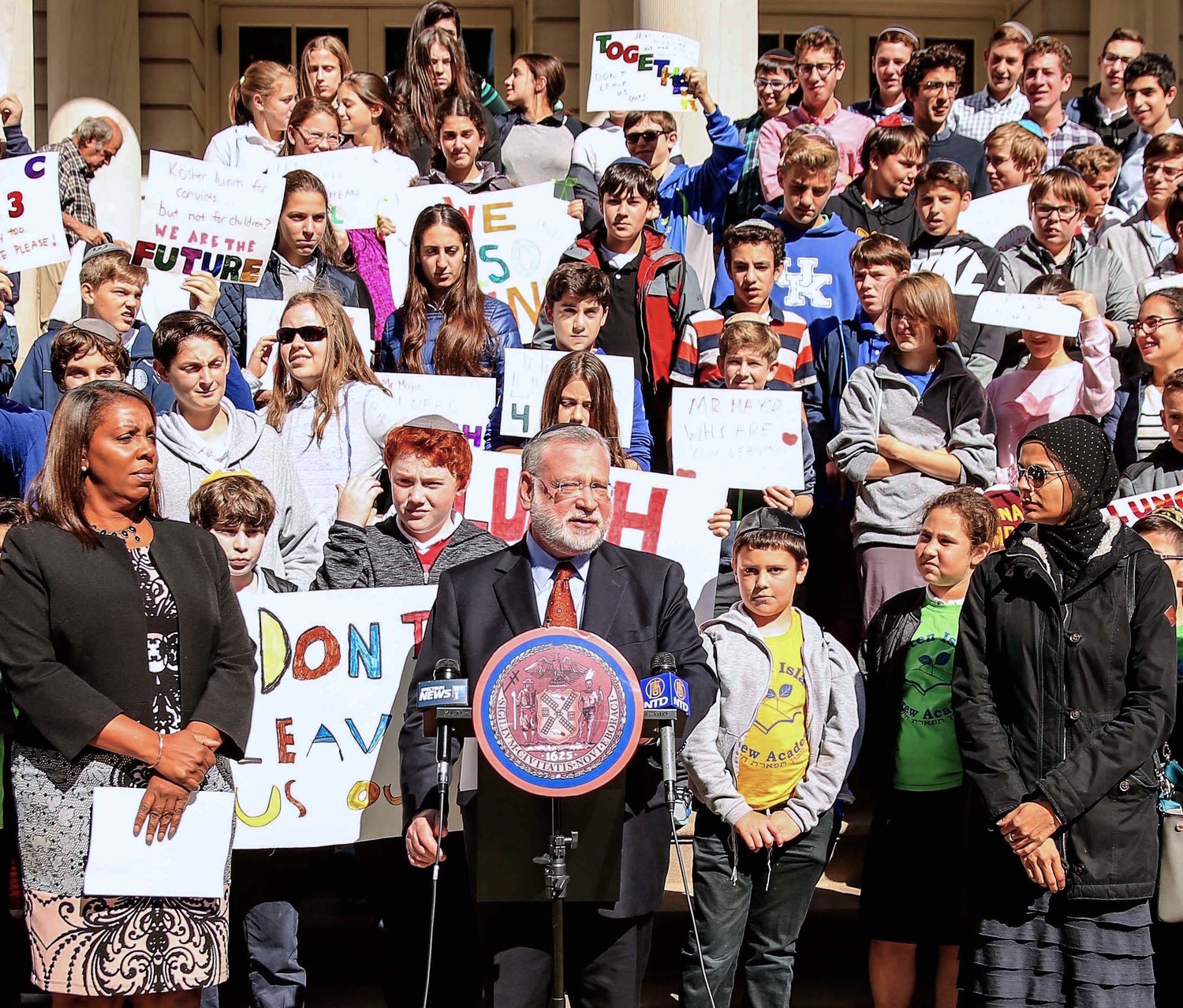 Manhattan Day School students stand behind Orthodox Union Executive Vice President Allen Fagin during a City Hall rally. They asked Mayor deBlasio to include Jewish and Muslim students in the city’s “Free Lunch for All” program, which does not yet offer kosher and halal options. City Councilwoman Leticia James, who spoke at the rally, is at left.
OU 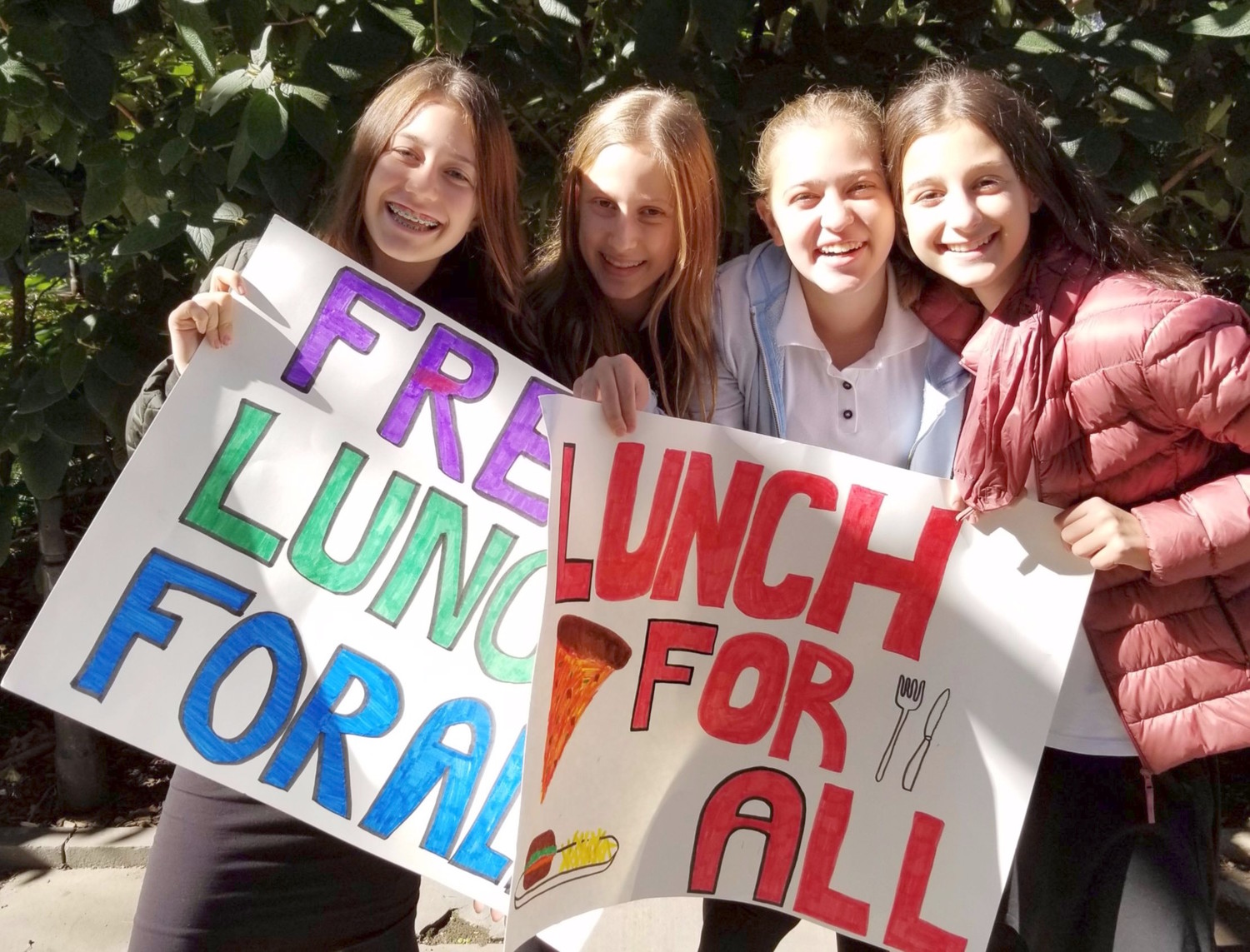 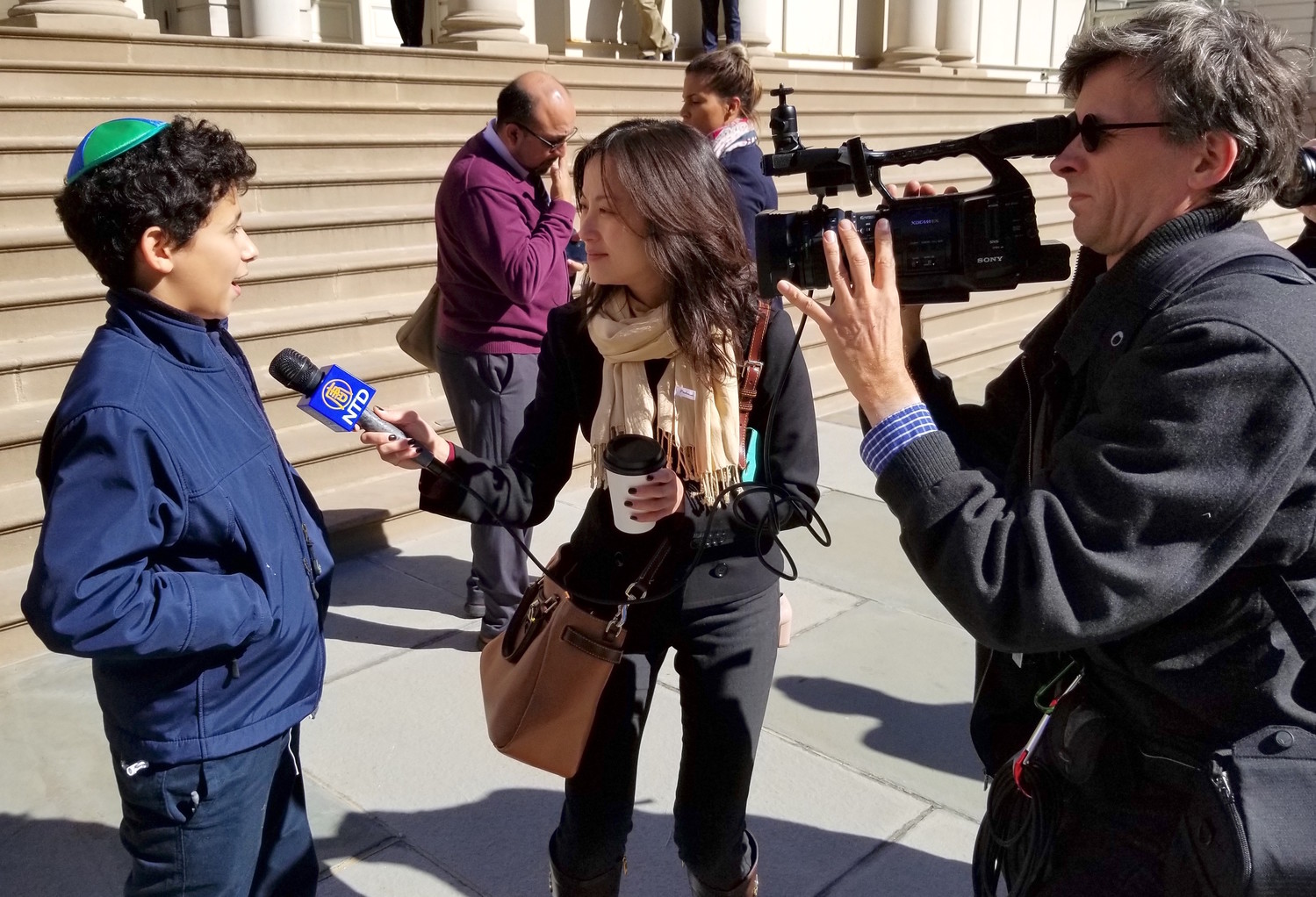 Students from the Manhattan Day School advocated for “Free Lunch for All” on the steps of New York City Hall last week, calling on Mayor deBlasio to expand the city’s free lunch program to include more than 30,000 students who abide by kosher and halal dietary restrictions.

“I think this is a tangible way to show some of the students the value of their voices and participation in policy discussions,” said Annie Watman, director of grassroots engagement for Teach NYS – Orthodox Union Advocacy Center, the organization that invited the students to the press conference.

“The MDS students who attended had so much energy that contributed to the buzz of the event,” Watman said. “Numerous politicians and community leaders commented on how impressed they were by the students and how grateful they were for their support.”

“In the state of New York, about 15 percent of students do not attend public school,” explained Allen Fagin, executive vice president of the Orthodox Union. “They receive about 1 percent of state education dollars. No one can believe that that is a fair system.”

NYC Public Advocate Letitia James told the crowd that “every child deserves the best chance to succeed in school, and that includes a healthy, nutritious lunch. I fought for years to establish a universal lunch program for New York’s schoolchildren, but it’s not truly universal if tens of thousands of children have no lunch.”

The students stood on the City Hall steps holding signs and making their voices heard. They were featured on NY1 and a foreign language news station, NTDTV.

“The protest was inspiring because diverse groups came together to protest against something that was unfair and unjust to all students with religious dietary needs,” said Ava Eden, an eighth grader at the Upper West Side pre-K through Grade 8 school.

“We’re proud to educate our students to become advocates for issues of importance to our community,” said Head of School Raizi Chechik.