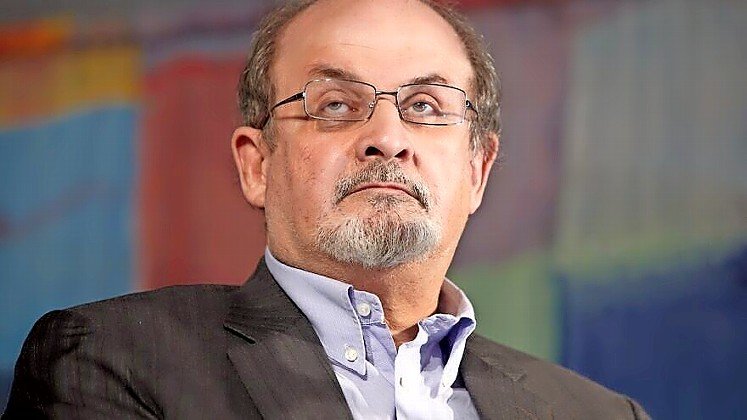 Writer Salman Rushdie speaks at Collisioni 2011 on May 29, 2011, in Novello, Italy.
Andersphoto, Shutterstock 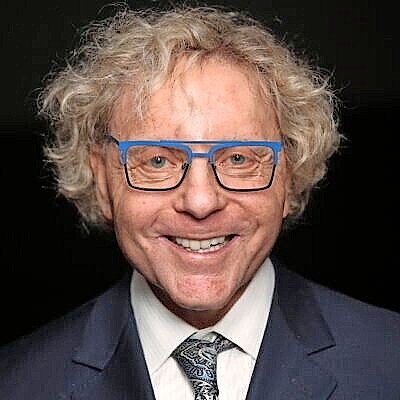 The attack was rank barbarism — blasphemy and sacrilege against humanity.”
By Thane Rosenbaum

In May 2015, the PEN Literary Gala presented its Freedom of Expression Courage Award to the slain cartoonists of the French satirical magazine “Charlie Hebdo.” Earlier that year, two Islamists had gunned down a dozen cartoonists who had the audacity to satirize the Prophet Muhammad.

Among other images, they depicted him wearing a bomb-shaped turban. Other drawings mocked a “religion of peace” that seemed to be especially good at terrorizing the world and slaughtering its own people. (The magazine dedicated issues to skewering Judaism and Christianity, too.)

Six esteemed literary hosts of the Gala chose to skip the ceremony in protest. They wondered why cartoonists, even murdered ones, should be honored for insulting and enraging Muslims. After all, Muslims are a marginalized people of color. Where’s the “courage” in picking on their religion?

To longstanding members of PEN, and those dedicated to freedom of expression and the principle that art conveys essential truths, the boycott both contradicted and undermined PEN’s historical mission. To question whether the cartoonists deserved the award meant that PEN had sided with censorship and murder.

Salman Rushdie, a literary lion of the first order, who was quite familiar with Muslim militants and their avowed entitlement to take the lives of blasphemers, quipped, “These were six authors in search of character.”

Rushdie was never at a loss for character, or courage. Soon after publishing his acclaimed novel “The Satanic Verses” in 1988, a book that, in part, fictionalized the prophet Muhammad in unflattering ways, a fatwa was decreed against him by the ayatollah of Iran, and a $3 million bounty was placed on his head.

Today, the ayatollah, long since dead, finally got his wish: Rushdie lies in a New York hospital, the nerves in one of his arms severed, an eye lost and his life possibly beyond recovery. Several days ago, a devout Muslim took the stage at the Chautauqua Institute in upstate New York where Rushdie was about to speak, and stabbed him 10 times.

Once the fatwa was issued, “The Satanic Verses” was banned and burned in various Muslim countries. Bookstores that carried the book around the world were ransacked. The Japanese translator of the novel was stabbed to death. The Italian translator and Norwegian publisher were both seriously wounded. [And The Riverdale Press, which published an editorial defending free speech, was firebombed: See page 1.]

For 10 years Rushdie lived in hiding in London, guarded by around-the-clock security provided by the British government. He then moved to the United States, obtained citizenship, published more books, and slowly began to resume a normal life—all the while knowing that the fatwa was still in effect.

Apparently, the law of averages caught up with him, largely because Islamists always improve the odds that a death is imminent. Rushdie miscalculated, believing that the Iranian government perhaps had no further interest in him. It was the 21st century, for Muhammad’s sake! Nearly four decades since the novel’s publication, how likely was this targeted assassination to be acted upon now?

The six smug, slavishly woke writers from that PEN Literary Gala had the luxury of thinking a fatwa nothing but a fantasy — purely fictional, a scene out of a novel, a thought experiment from the faculty lounge. But the clear takeaway now, as Rushdie struggles to recover, is that an Islamic death sentence must be taken seriously and not dismissed as hyperbole. Moreover, Islamists should not be regarded as oppressed people who require safe spaces. Woke welfare should be directed elsewhere.

Siding with terrorists over cartoonists is, to say the least, faulty moral judgment.

Indeed, the attack against Rushdie was rank barbarism — blasphemy and sacrilege against humanity. Supporters of the ayatollah’s edict have already taken to social media to praise the stabbing. They are praying that Rushdie succumb to his injuries. Still others are warning the enemies of Islam that a similar fate awaits them.

Imagine if Mormons reacted the same way to the mercilessly biting musical, “The Book of Mormon.” What if they had blown up the theater on Broadway’s opening night? Would such a vile act be excused simply because the musical caused offense? Of course not; there’s nothing woke about Mormonism. Cancellation is a non-white, non-Western prerogative.

Perhaps the Biden administration will learn something from this latest episode in Persian Islamist madness. Lifting sanctions and restoring the Iran Deal is yet more magical thinking. Isn’t it clear by now that uranium enrichment is the only enrichment Islamists are capable of?

After all, the same people who for decades called for Rushdie’s head are part of the same fanatical society that took to the streets to chant: “Death to America! Death to Israel!” Or to gleefully burn American and Israeli flags and Uncle Sam in effigy.

Pew Surveys continue to show that a sizable majority of Muslims around the world still support a strict adherence to Sharia law. You know what that means: beheadings, dismemberments, stonings and lashings. Death to apostates and infidels. Hanging homosexuals from cranes.

It is not unreasonable to ask: Is this a religion or a death cult?

Far too many Muslims long for a return to the caliphate of the 13th century. Such rigid beliefs and an all-consuming rejection of secular life is simply incompatible with western democratic ideals. The “no-go” zones in France are just one of many examples of the failure to integrate some elements of Islam into modern life.

The attempted murder of Rushdie at the Chautauqua Institute was also an attack on civilization. Chautauqua has existed as a summer retreat dedicated to art and ideas for well over 100 years. People travel there to immerse themselves in great books, classic cinema and sumptuous music.

I taught there for two summers, and know that its very essence is the enemy of closed minds and illiberal hearts. It was no place for Rushdie’s assailant and those like him who long for the Dark Ages and who would so brutally and callously deprive humanity of one of its leading cultural lights.

As for PEN and that tarnished Gala from 2015, the irony is that Rushdie was one of PEN’s past presidents. What didn’t they learn from his life experience? Not unlike similar contradictions within the ACLU, organizations once committed to free speech are today seemingly more focused on equity and other progressive priorities.

PEN might not have blood on its hands, but it surely should be spilling ink and watery tears for one of its own.