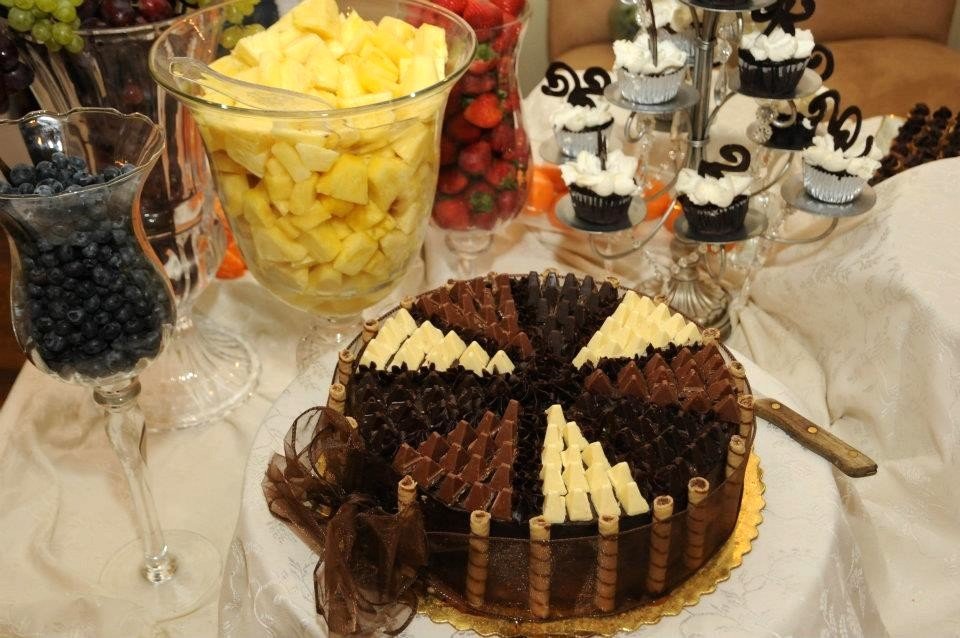 Shavuot? Already? How is that possible? Didn’t we just put away the last of our Pesach dishes? I’m actually still eating toasted coconut covered marshmallows.

Shavuot learning has certainly come a long way since I was kid! There was a table with some sponge cake, heavy marble cake (I ate the top off of every piece) and soda. There weren’t four different types of cheesecakes, crepes, salads, wraps and coffee stations. Men did fall asleep, though, just as well back then.

During the day when Yom Tov was not on Shabbat (no eruv in Boro Park in those days) we all walked to 14th Ave and either set up a nut stand or participated in the games. For those of you who have no idea what I’m talking about, let me explain. The owner of a nut stand would set up a game that you would play with filberts or almonds in their shells. You either had to roll the nuts and knock other nuts off the table or you had to throw it into a hole cut out of a box. If you won, you were rewarded with nuts; if you lost, the owner of that nut stand got to keep your nuts. Kids today don’t know what they’re missing.

And let’s not forget when all those products came out to help our hair look clean when you couldn’t wash your hair during Yom Tov. Remember that powder-like substance that was supposed to soak up the oil in your hair? Sure, it soaked up the oil, but you basically walked around with white hair. Good times.

One thing that hasn’t changed: almost everyone will eat a piece or two of cheesecake this Shavuot.

Cheesecake has been around for a long time. The earliest attested mention of a cheesecake is by the Greek physician Aegimus, who wrote a book on the art of making cheesecakes. Cato the Elder wrote De Agri Cultura, which includes recipes for two cakes for religious uses, one of which is described as somewhat like the cheesecake known to us today.

Historians believe that cheesecake was served to the athletes during the first Olympic games in 776 BCE. However, cheese-making can be traced back as far as 2,000 BCE; anthropologists have found cheese molds dating to that period.

Romans spread cheesecake from Greece to all of Europe. Centuries later, cheesecake appeared in America, brought by immigrants.

In 1872, William Lawrence, while looking for a way to recreate the soft, French cheese Neufchatel, accidentally came up with a way of making an “unripened cheese” that is heavier and creamier. In 1912, James Kraft developed a form of pasteurized cream cheese. Kraft acquired the Philadelphia trademark in 1928 and marketed pasteurized Philadelphia Cream Cheese, which is now the most commonly used cheese for cheesecake.

There are many styles of cheesecakes around today. These are the most popular:

•New York-style cheesecake, which relies upon heavy cream, is usually made from cream cheese, eggs and egg yolks to add richness and a smooth consistency.

•Philadelphia-style cheesecake is lighter in texture, yet richer.

On “The Golden Girls,” the cast consumed more than 100 cheesecakes (the characters’ favorite dessert) during the TV show’s seven-year run.

48 ounces of cream cheese, not whipped

Line a 10-inch round 3-inch high pan with parchment paper and spray bottom and sides with Pam.

Pour batter into pan and place inside a larger pan. Fill the larger pan with very hot water, making sure you don’t splash water into the batter.

Bake in 350F oven for 1-1/2 hours or till the top is golden brown. Turn oven off and leave cake inside till totally cool (overnight is fine).

To remove cake, run a sharp knife around the sides, move pan over a medium flame for a few seconds, then invert onto a serving plate.

Melt chocolate in microwave and add heavy cream, mix well and heat till all is incorporated. Let cool a bit, then pour over top of cakes and down the sides. Smooth it out. You can add the Toblerone chocolate as I did in the picture or make any design you like. Each bar is divided into three pyramid-like domes. They can be separated to fit any design you choose. Add cigar wafers to the side and tie a ribbon around the wafers.

Enjoy Shavuot and the cheesecake. And if anyone gets bored, come on over to my house, we can set up nut stands like we did in the old days.

This column was published in 2015.