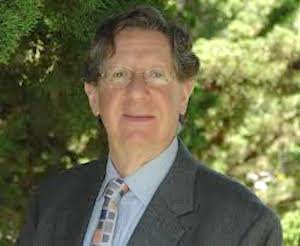 Slaves respond to orders. Free people do not. They must be educated, instructed, taught.”
By Alan Jay Gerber

Only a British born and bred rabbi — Rabbi Sir Jonathan Sacks zt”l  — could have authored the following theologically-based teaching:

To paraphrase Shakespeare, “The influence we have lives after us; the power is oft interred with our bones.” Much of Judaism is an extended essay on the supremacy of prophets over kings, right over might, teaching rather than coercion, influence in place of power. For only a small fraction of our history have Jews had power, but at all times they have had an influence over the civilization of the West. …

The use of power diminishes others; the exercise of influence enlarges them. That is one of Judaism’s most humanizing truths. Not all of us have power, but we are all capable of being an influence for good.

Such is Rabbi Sacks’ teaching about the Korach debacle. He presents his lesson in desert politics in an essay entitled, “Why was Moses not destined to enter the Land?”

“Each age produces its leaders, and each leader is a function of an age,” writes Rabbi Sacks. “A leader must be sensitive to the call of the hour — this hour, this generation, this chapter in the long story of a people. And because he or she is of a specific generation, even the greatest leader cannot meet the challenges of a different generation. That is not a failing. It is the existential condition of humanity.”

Rabbi Sacks continues: “The remarkable fact about Moses and the rock is the way he observes precedent. Almost 40 years earlier, in similar circumstances, G-d had told him to take his staff and strike the rock. Now too, G-d told him to take his staff. Evidently Moses inferred that he was being told to act this time as he did before, which is what he does. He strikes the rock.

“What he failed to understand was time had changed in one essential detail. He was facing a new generation. The people he confronted the first time were those who had spent much of their lives as slaves in Egypt. Those he now faced were born in freedom in the wilderness.

“There is one critical difference between slaves and free human beings. Slaves respond to orders. Free people do not. They must be educated, informed, instructed, taught — for if not, they will not learn to take responsibility. Slaves understand that a stick is used for striking. That is how slave-masters compel obedience. Indeed that was Moses’ first encounter with his people, when he saw an Egyptian beating an Israelite.

“But free human beings must not be struck. … What Moses failed to hear — indeed to understand – was the difference between G-d’s command then and now [‘strike the rock’ and ‘speak to the rock’] was the essence. The symbolism in each case was precisely calibrated to the mentalities of two different generations. You strike a slave but speak to a free person.”

These are the teachings of Rabbi Sacks in his weekly Divrei Torah and in the books and essays that he has composed over the years. In “The Great Partnership: Science, Religion, and the Search for Meaning” (Schoken Books, 2011), Rabbi Sacks reconciles democratic political theory and Jewish religious teachings.

In the chapter “The Politics of Freedom,” he demonstrates the compatibility of our faith with democratic republican government.

“The Bible knows nothing about democracy, and if you are sincerely religious you must have qualms about it. Democracy is, after all, about the will of the people. Religion is about the will of G-d. … Liberal democracy is a secular achievement, and the more religion there is in a society, the more its freedom is threatened.”

“There is only one thing wrong about this narrative. It is false, at best a partial truth.

“The politics of the West are a consequence of the religion of the West and of the G-d of Abraham, whose first great intervention in history was to liberate a nation of slaves and bring them out to freedom. Liberty of conscience, the peculiarly modern form of freedom that has no counterpart in antiquity, was born in the most intensely religious of ages, based on religious texts and driven by a religious vision.”

Rabbi Sacks cites the writings of our nation’s founding fathers, the Declaration of Independence and its basic premise for governance, and the rule of “the consent of the governed” that set the foundation of our republican rule for, all based upon our faith’s respect for a person’s rights to life, liberty and property.

“Politics, in the Abrahamic vision, is not the highest good. It is not where we meet G-d, not where we construct our deepest relationships, not where we exercise our highest virtues, not where we achieve individual and national glory. It is a means to an end, no more, no less.

“It is there to secure peace, security, safety and law-abidingness so that we can get on with our lives, serving G-d in work and worship, in family and community, arenas we do not entrust to politicians and the state because they require absolute liberty. … Where politics is primary, politicians rule supreme; and where politicians rule, freedom is in danger.”