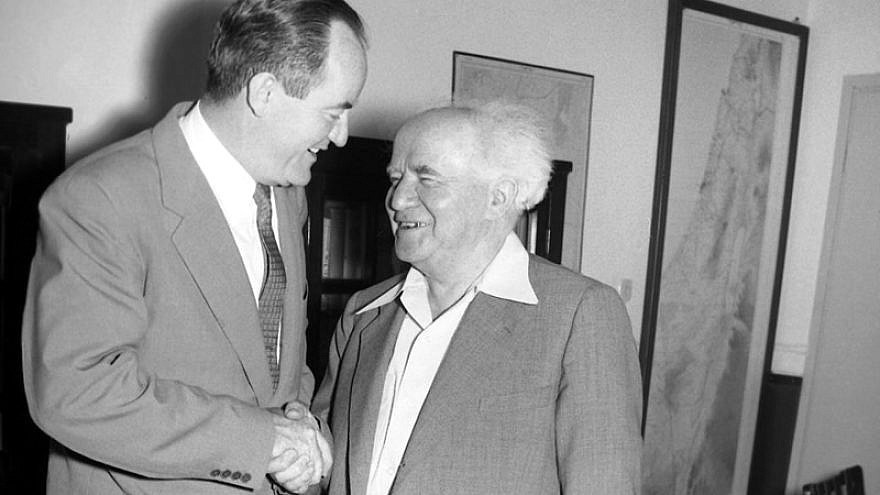 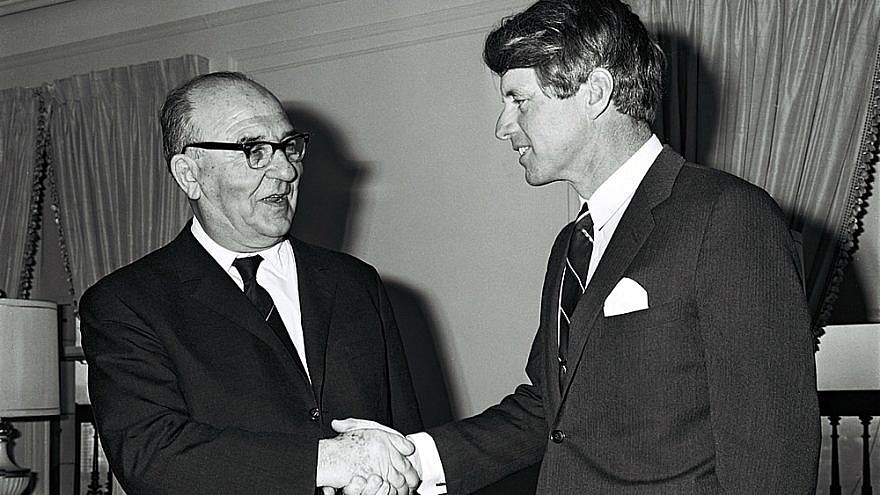 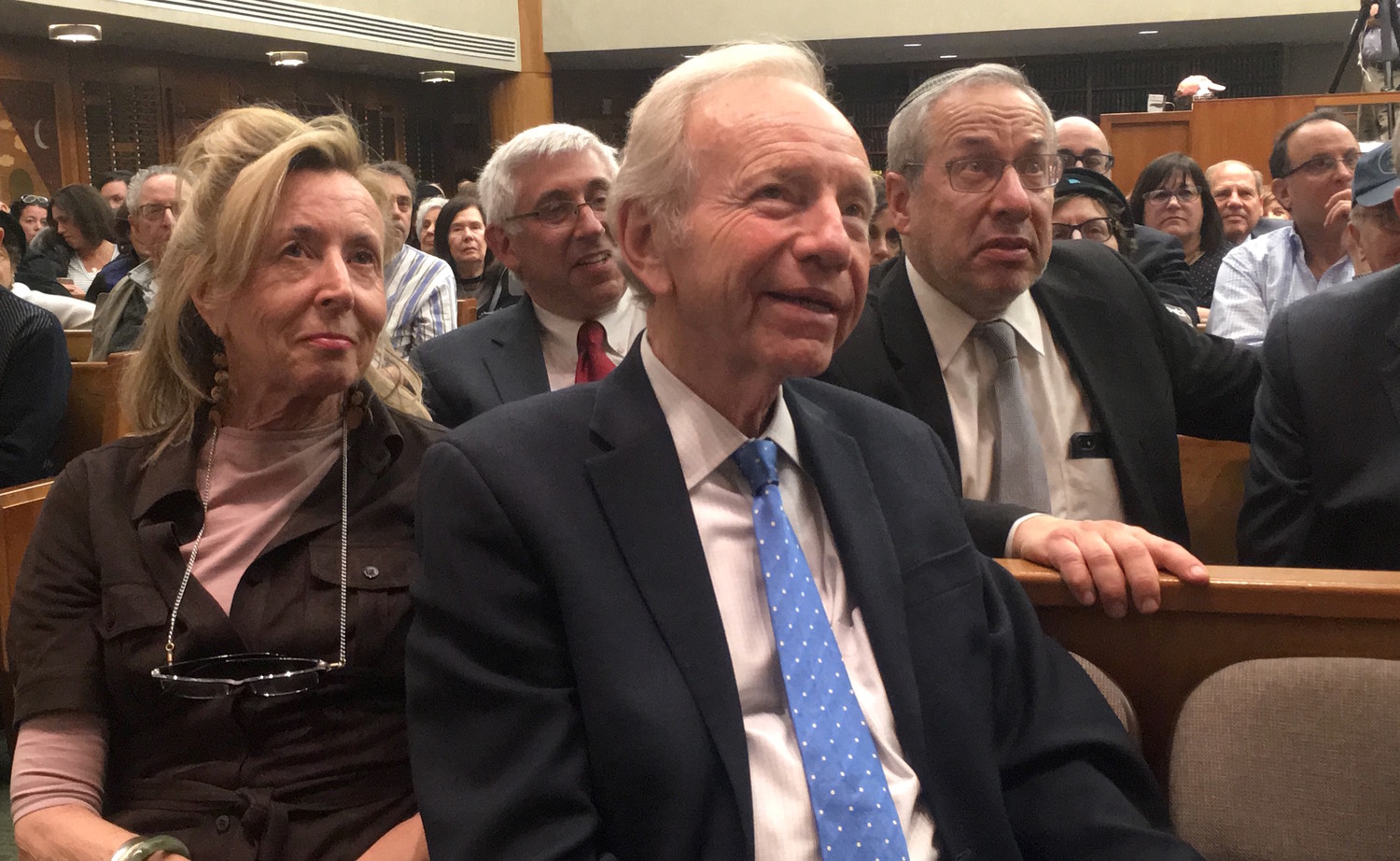 Joseph and Hadassah Lieberman at the Young Israel of Woodmere in April, with YIW Rabbi Hershel Billet at right.
The JewishStar / Ed Weintrob
Previous Next
By the Israel Embassy in Washington

Born in Czernowitz (then Romania, now Ukraine) and raised in Canada, Ruth Wisse was, until her recent retirement, the Martin Peretz Professor of Yiddish Literature and Professor of Comparative Literature at Harvard. She is considered the foremost living expert on Yiddish literature.

The daughter of an industrialist from Vilnius, Wisse was tutored only in German until she was 4, when her family fled to Montreal. Sent to a Jewish school there, she soon picked up both English and French, simultaneously absorbing at home her mother’s passion for the Yiddish language and its culture.

Her career in Yiddish has led Wisse to translate, explicate and teach with matchless brilliance literature now largely unread in the original. In addition to numerous essays and book-length studies of Yiddish writing, she has edited or co-edited standard anthologies of Yiddish literature while also publishing prodigiously. A revered mentor, she has trained many outstanding scholars, translators, critics, activists and writers.

Wisse, 81, notes: “Yiddish forces you to think about Jewish politics.”

For decades as a professor at McGill and then Harvard, Wisse was herself a brave combatant in Jewish politics, fighting the regrettably frequent anti-Israel bias on university campuses. With matchless wit and passion, she has stood against the prevailing intellectual currents and defended the Jewish state, serving as a mentor to students and faculty who engage in honest study of Israel.

In addition to her activism, Wisse has pioneered the serious study of anti-Semitism as a political phenomenon. In academic writing and in publications like Mosaic, Commentary and The Wall Street Journal, she has criticized the tendency to assume that Israel or Jews must be at least partly to blame for attacks against them. In reality, she argues, anti-Semitism is a political strategy designed by others to deflect from their own weaknesses. To respond to such assaults by apologizing is to feed an aggression that has fixed the Jews in its sights.

In 2000, when Democratic presidential candidate Al Gore selected Connecticut Sen. Joseph I. Lieberman as his running mate, Lieberman became the first Jew on a presidential ticket in American history. In that campaign — and through a distinguished career in law and politics — Lieberman, an observant Jew, never hid his commitment to Judaism or his support of Israel. In fact, his ascent to the upper echelons of American life has shown there need not be a contradiction between faith and public service.

Yet Lieberman, 76, has always insisted that support for Israel should be a core American principle whatever one’s religious views. Throughout his nearly quarter-century in the Senate, Lieberman worked to bolster the U.S.-Israel alliance. He felt that the bond between America and Israel was natural, the product of deeply shared interests and, more importantly, deeply shared values.

Lieberman’s actions on behalf of Israel and peace date back decades. In 1991, after Sen. Frank Lautenberg was refused entry to Saudi Arabia and Kuwait because his passport had been stamped in Israel, Lieberman made a point of seeking entry to Saudi Arabia, forcing the country to pause the practice or face diplomatic embarrassment.

And during waves of terror against Israel, he was a forceful voice within the Senate against incitement and terrorism.

In recent years, Lieberman has sounded the alarm about the dangers of a nuclear Iran, for America, Israel and the entire free world. Perhaps his greatest contribution to the U.S.-Israel alliance has been his success in pushing through critical legislation aimed at thwarting Iran, of which he was capable because he was trusted by both sides. Respect for his integrity was a rare point of consensus among those who agreed on little else.

Between 2009 and 2012, the senator led a legislative push to enact crippling sanctions against Iran. Previous attempts to ratchet up sanctions had faltered due to partisan divisions, but in each case, it was Lieberman who resolved the dispute. As a result of his efforts, the bills passed by veto-proof supermajorities.

Joe Lieberman’s distinguished work in support of Israel and the U.S.-Israel alliance have earned him a place as a great sar (minister) in the annals of the Jewish people.

Hubert Humphrey’s nickname was “The Happy Warrior.” The vice president, presidential candidate and longtime Minnesota senator was given the moniker by other politicians who were taken by his consistent positivity and earnest determination to make the world a better place.

Humphrey’s accomplishments have been unequaled. He was the originator of the Peace Corps, an early promoter of the Nuclear Test Ban Treaty and of Medicare, and a central figure in the history of civil rights. Of equal import to him was America’s commitment to Israel.

Humphrey’s support for Jewish causes was longstanding, dating back to his tenure as Minneapolis’s liberal but anti-Communist mayor. The city had been labeled the most anti-Semitic in the country, and Humphrey responded by proposing legislation outlawing discrimination. When that was defeated in the city council, he led a campaign in which, as a commentator noted: “Blacks and Jews walked side by side with Yankee housewives and Scandinavian farmers’ sons to check out discriminatory practices in specific areas — offices, factories, schools and churches.”

In the Senate, and then as Lyndon Johnson’s vice president, he was a passionate friend of the Jewish state. After the Yom Kippur War, he fought for aid to Israel so it could replenish its depleted arms. He spoke out strongly against the United Nations’ assertion that Zionism is racism, observing “the charge of racism against Israel is so manifestly absurd one’s first reaction is not even to dignify the charge with substantive response.”

In October 1977, he derailed plans to force Israel to negotiate with the PLO, pointing out that Arab leaders were barely offering non-belligerence while Israel was being asked to yield territory necessary for self-defense.

Humphrey was a reliable supporter of Israel, and he visited often, maintaining close relationships with its most important leaders, including Golda Meir and Menachem Begin. Humphrey’s view of the “tiny democratic nation” was that America “must declare without embarrassment and without apology that Israel has earned a special relationship.”

Visiting the United States in the 1830s, French philosopher Alexis de Tocqueville marveled at how Americans organized themselves into associations that expressed their convictions.

Like their co-nationals, American Jews have displayed an exceptional ability to create communal organizations. But although American Jews differ in religious and social questions, they are more often than not brought together by support for the Jewish state.

It was for this reason that Golda Meir, on a fundraising mission to the United States in 1948 as acting head of the Jewish Agency, addressed the General Assembly of Jewish Federations and Welfare Funds in Chicago. She implored more than 250 organizations to support funding to defend 700,000 Jews under attack by their Arab neighbors in British Mandate Palestine.

Concluding her speech, she said, “I leave the platform without any doubt in my mind or my heart that the decision that will be taken by American Jewry will be the same as that which was taken by the Jewish community in Palestine, so that within a few months from now we will all be able to participate not only in the joy of resolving to establish a Jewish state, but in the joy of laying the cornerstone of the Jewish state.” She raised $50 million that helped lay the cornerstone of what would become the State of Israel.

Numerous and diverse organizations have empowered American Jews to effectuate support for the State of Israel, helping to sustain a culture of tzedakah, tikkun olam, and ahavat Yisrael.

Some, like the Zionist Organization of America and the Anti-Defamation League, have focused on politics. Others, such as Hadassah, have worked to strengthen Israeli society through bolstering health care and communal life. Still other organizations, such as the American Jewish Committee and B’nai Brith, have fostered a holistic approach to Jewish action around the globe, committed to human rights, democracy and Israel. The American-Jewish Joint Distribution Committee has worked tirelessly with Jews living in persecution or poverty around the world to support them and connect them to the Jewish state.

Furthermore, an extraordinary network of Jewish federations throughout North America works to link Jews wherever they may live and helps them engage with Israel. Through educational and philanthropic programming, they have brought the Jewish state closer to American Jews.

Since before the establishment of Israel, Jewish organizations in the United States have channeled American Jewish support into a colossal force that has had a profound impact on the Jewish state, and strengthened the remarkable alliance between Israel and America.

Robert Kennedy was a champion of the Jewish state from the start of his professional life in 1948 until its tragic end. He served as the U.S. Attorney General in the cabinet of his brother, John F. Kennedy, and as a senator from New York. Kennedy was an American liberal icon, fighting racial discrimination in the South and leading opposition to the Vietnam war.

Kennedy’s first foray into international affairs came shortly after he graduated Harvard in 1948, when he reported from war-torn British Mandate Palestine for The Boston Post. His father, Joseph, known for his anti-Semitic attitudes, opposed his son’s reports on the Jewish struggle for independence and survival. In The Boston Post, Kennedy wrote: “The Jewish people in Palestine who believe in and have been working toward this national state have become an immensely proud and determined people. It is already a truly great modern example of the birth of a nation with the primary ingredients of dignity and self-respect.”

After Kennedy rode in a Jewish convoy bringing supplies to Jerusalem, he wrote: “If the brief but victorious military engagement on the Tel Aviv-Jerusalem road had not taken place, the Jewish cause would have suffered such a setback as to be virtually lost. If the Haganah had waited for May 15th and the withdrawal of British troops, there would be few alive in Jerusalem today.”

The experience stayed with Kennedy. By 1968, as a senator and presidential candidate, he pressed Lyndon Johnson to sell Israel 50 F-4 Phantom jets after the French froze the sale of Mirage planes following the Six-Day War. The Departments of State and Defense were opposed to the sale, worried that the arms transfer would break a policy of U.S. neutrality.

On May 26, 1968, Kennedy told Congregation Temple Neveh Shalom in Oregon that “the United States must defend Israel against aggression from whatever source. Our obligations to Israel, unlike our obligations towards other countries, are clear and imperative.”

“The United States should, without delay, sell Israel the 50 Phantom jets she has so long been promised,” he declared. He repeated the message when he arrived in California.

A day later, Kennedy’s strong plea for the defense of Israel and his photo appeared in the Pasadena Independent. The article enraged a Palestinian named Sirhan Sirhan. He wrote in his diary, “Robert F. Kennedy must be assassinated before June 5, 1968” — the first anniversary of the Six-Day War.

Shortly after midnight on June 5, 1968, Sirhan shot and killed Bobby Kennedy in the Ambassador Hotel in Los Angeles. The Pasadena Independent article was in his pocket.

“He was killed because of his support [for Israel],” stated his daughter Kathleen Kennedy Townsend, the eldest of 11 children born to Kennedy and his wife, Ethel.

America lost a blazing star, Israel lost a strong friend, and the United States shed its first blood from Palestinian terrorism. Within months after Kennedy’s murder, the U.S. government approved the sale of 50 Phantom and 100 Skyhawk aircraft to Israel.