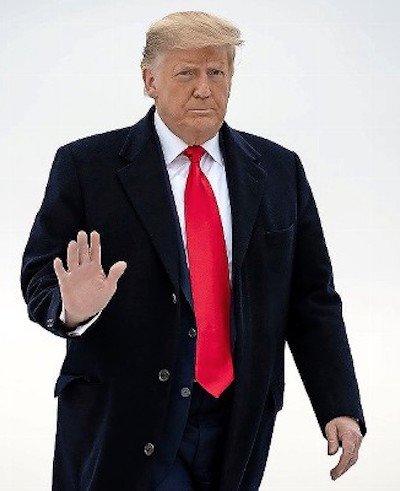 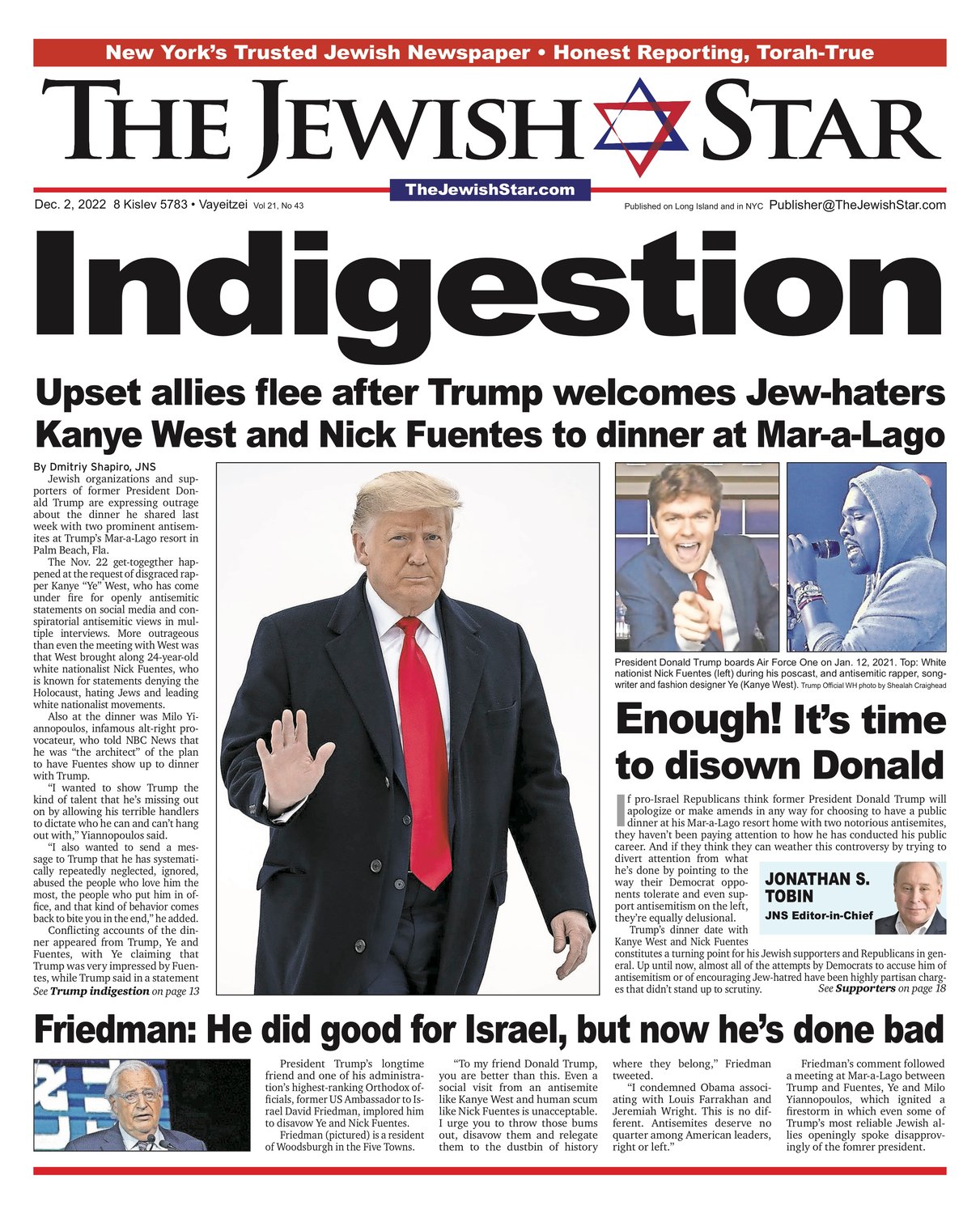 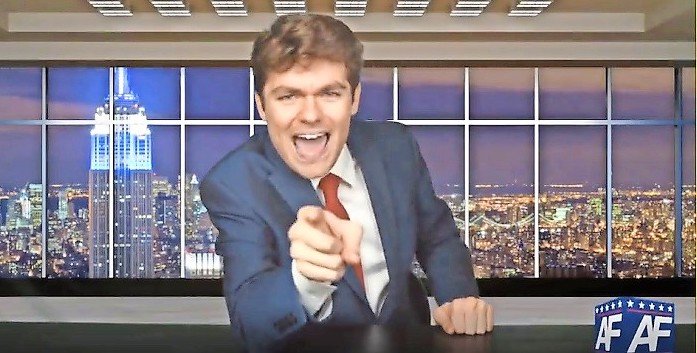 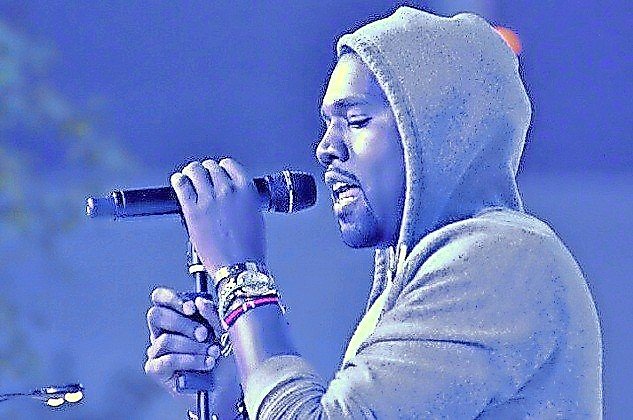 The Nov. 22 get-togegther happened at the request of disgraced rapper Kanye “Ye” West, who has come under fire for openly antisemitic statements on social media and conspiratorial antisemitic views in multiple interviews. More outrageous than even the meeting with West was that West brought along 24-year-old white nationalist Nick Fuentes, who is known for statements denying the Holocaust, hating Jews and leading white nationalist movements.

Also at the dinner was Milo Yiannopoulos, infamous alt-right provocateur, who told NBC News that he was “the architect” of the plan to have Fuentes show up to dinner with Trump.

“I wanted to show Trump the kind of talent that he’s missing out on by allowing his terrible handlers to dictate who he can and can’t hang out with,” Yiannopoulos said.

“I also wanted to send a message to Trump that he has systematically repeatedly neglected, ignored, abused the people who love him the most, the people who put him in office, and that kind of behavior comes back to bite you in the end,” he added.

Conflicting accounts of the dinner appeared from Trump, Ye and Fuentes, with Ye claiming that Trump was very impressed by Fuentes, while Trump said in a statement that he did not know who Fuentes was during their dinner but stopped short of condemning him.

The Orthodox Union pointed out that West’s comments — such as tweeting to his 31 million Twitter followers he was going to go “death con 3” on Jews — have already resulted in antisemitic incidents in Los Angeles and Jacksonville, Fla. where the message “Kanye is right about the Jews” has been displayed.

The OU said that it was worrisome that Trump, who announced his bid for the presidency in the 2024 election just a week earlier, would associate with “some of the most vicious antisemitic figures.”

“We call on former President Trump to condemn these individuals and cut ties with them and their associates. As a major public figure, Donald Trump has a responsibility to denounce hate in all of its forms and lead by example for his many followers. Anything less gives a stamp of approval to the world’s oldest hatred,” OU leadership said in a statement.

OU also called on political leaders, especially in the Republican Party, to speak up, citing an unprecedented rise in antisemitism in the United States.

“We call upon all people of goodwill to be vigilant in combating antisemitism, whether it comes from the political right or left, from celebrities or any other segment of society,” OU stated.

The Simon Wiesenthal Center denounced the former president and called out Fuentes’s past statements, which included questioning the murder of six million Jews in the Holocaust and saying, “I piss on your Talmud. Jews get the [expletive] out of America.”

“It is unacceptable that a former president of the United States who has announced his candidacy for a second term would meet with antisemites and an avowed white nationalist,” Wiesenthal associate dean and director of Global Social Action Rabbi Abraham Cooper said in a statement on Friday. “The result of this meeting is the mainstreaming of bigotry at a time of surging antisemitism in the United States. The SWC urges President Trump to disavow Nick Fuentes and his antisemitic bigotry.”

“No responsible American, and certainly no former President, should be cavorting with the likes of Nick Fuentes and Kanye West,” tweeted the Trump administration’s former special envoy to monitor and combat antisemitism, Elan Carr. “To placate antisemitism is to promote antisemitism. President Trump must condemn these dangerous men and their disgusting and un-American views.”

Other groups saw parallels between Trump’s meeting with West, Fuentes and Yiannopoulos, and meetings between former president Barack Obama and other liberal politicians and left-wing antisemites such as Nation of Islam leader Louis Farrakhan.

The Zionist Organization of America (ZOA), which, at its 125th anniversary gala in November, awarded Trump its Theodor Herzl Medallion for his pro-Israel accomplishments while in office, called on Trump to condemn West and Fuentes in the strongest terms.

“I, who was born in a displaced persons camp in Germany, lost almost my entire family who were murdered during Hitler’s Holocaust. My parents, both Holocaust survivors, Sarah of Poland and Rabbi Herman Klein of Czechoslovakia — who lost his first family to Hitler’s evil — would have demanded this statement of me and ZOA as history demands that all people of good faith denounce Jew-hatred.”

The ZOA also called on ormer presidents Obama and Bill Clinton to disavow Farrakhan, recalling Obama smiling next to Farrakhan in a photo from 2005 and Clinton’s photo with Farrakhan in 2018.

“Not only has President Biden not condemned these antisemites, but he actually praised Rashida Tlaib in May 2021,” Klein said.

The Coalition for Jewish Values also called for Trump to repudiate his dining companions.

“A former president does not enjoy the luxury of meeting over dinner with any oddball, especially when that fool is a self-declared hater,” coalition Vice President Rabbi Dov Fischer said in a statement.

“It was wrong for former President Obama to affiliate with [his former longtime pastor] the Rev. Jeremiah Wright and Louis Farrakhan. It is wrong for President Biden to praise Jew-hater Rashida Tlaib and fail to exert his leadership to rein in the Jew-hatred of Ilhan Omar. And it is wrong when President Trump breaks bread with such individuals.”

Trump’s longtime friend and one of the Trump administration’s highest-ranked Orthodox Jewish officials, former US Ambassador to Israel David Friedman, implored him to disavow West and Fuentes. (See page 1.)

“I urge you to throw those bums out, disavow them and relegate them to the dustbin of history where they belong,” Friedman tweeted.

Another Trump friend and high-ranking Orthodox Jewish official, former White House Middle East envoy Jason Greenblatt, said in an op-ed for CNN that he wrote from Riyadh, Saudi Arabia: “I remain grateful for all that President Trump has done to change the face of the Middle East in so many ways. That’s why I can’t simply tweet my reaction to the West-Fuentes dinner at Mar-a-Lago.”

He wrote that he has known Trump for a quarter of a century and has seen him speak strongly against antisemitism over the years, despite those statements not being reported. He also has seen Trump be “an incredible friend to Israel … establishing history-altering policies that tremendously benefited Israel and some of its Arab neighbors.

“The question I am addressing is what I thought of President Trump having dinner with haters such as Fuentes and West. I think it’s a straightforward answer — it should not have happened. Period,” Greenblatt wrote.

In its statement, the Republican Jewish Coalition named West and Fuentes but avoided mentioning Trump.

“We strongly condemn the virulent antisemitism of Kanye West and Nick Fuentes and call on all political leaders to reject their messages of hate and refuse to meet with them,” RJC said.

After receiving pushback on social media for not mentioning Trump, executive director Matt Brooks tweeted to defend it.

“This needs to be said given how dense and short-sighted people are on Twitter. Let me dumb it down for y’all. We didn’t mention Trump in our statement even though it’s obviously in response to his meeting because we wanted it to be a warning to ALL Republicans. Duh!” Brooks tweeted.

Some — but not all — potential rivals to Trump in the 2024 presidential race added their say.

“President Trump was wrong to give a white nationalist, an antisemite and Holocaust denier, a seat at the table and I think he should apologize for it, said former Vice President Mike Pence. “And he should denounce those individuals and their hateful rhetoric without qualification.”

Pence added that he does not believe Trump is antisemitic or racist and said he would not have served as Trump’s vice president if he was.

“But I think the President demonstrated profoundly poor judgment in giving those individuals a seat at the table and as I said, I think he should apologize for it,” Pence added. “He should denounce them without qualification.”

Trump’s former Secretary of State Mike Pompeo denounced antisemitism as “a cancer,” without directly referencing the dinner or the president under whom he served.

“If anyone still had any doubts about Donald Trump’s embrace of bigotry and division, it’s certainly clarifying to see him spend time openly and unapologetically with notorious antisemites Nick Fuentes and Kanye West. Awful, appalling and yet entirely in character,” tweeted Anti-Defamation League CEO Jonathan Greenblatt.

Democratic Rep. Ritchie Torres, the gay Latino progressive whose South Bronx district will include heavily Jewish Riverdale after Jan. 1, wrote of Trump’s dinner: “Tell me who your friends are, and I will tell you who you are.”

“This is just another example of an awful lack of judgment from Donald Trump, which, combined with his past poor judgments, make him an untenable general election candidate for the Republican Party in 2024,” former New Jersey Gov. Chris Christie told the New York Times.

The 24-year-old Fuentes has emerged as one of the leading figures of the far-right movement for his incendiary views on women, Jews and other minorities. He openly praises Hitler, believes that the Holocaust was a hoax and is opposed to women’s suffrage.

He was also present for the “Unite the Right” rally in Charlottesville, Va., in August 2017, and spoke at a “Stop the Steal” rally in Washington on the day of the Jan. 6 Capitol riots.

In 2019, Fuentes used “baked cookies” in an analogy to dispute the Holocaust’s death toll:

In 2021, Fuentes tweeted that the “next big frontier for populist and conservative inc … is discussing Jewish Power. Somehow I don’t think they’ll broach that one!”

In October, Ye claimed that a “Jewish underground media mafia” was targeting him, that he doesn’t believe in the term “antisemitic,” and that today’s music industry is akin to “modern-day slavery.”

Earlier that month, Ye prompted outrage by saying he would go “death con 3 On JEWISH PEOPLE.”

Yiannopoulos wrote on Telegram that Trump hadn’t discredited himself by meeting with West and Fuentes, but rather by his continued association with Jews.

“He did it by continuing to suck the boots of the Jewish powers that be who hate Jesus Christ, hate our country, and see us all as disposable cattle according to their ‘holy’ book,” Yiannopoulos wrote.

Yiannopoulos, who is British, resigned from Breitbart in 2017 after making positive comments about pedophilia.

“We got along great, [West] expressed no anti-Semitism, & I appreciated all of the nice things he said about me on ‘Tucker Carlson.’ Why wouldn’t I agree to meet?” Trump said.

The Jewish Star contributed to this report.

Getting away with it: Germany’s ‘Documenta’