In Jerusalem, an emotional hold of our symbols 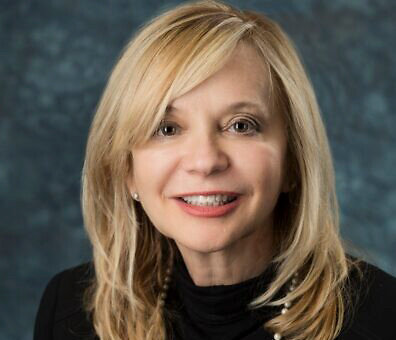 When Israeli forces entered the Old City and approached the Western Wall, it was a rare moment of Jewish historical ecstasy.”
By Sarah N. Stern

Symbols resonate. It is nearly impossible to calculate the regnant hold that symbols have over one’s identity, one’s core beliefs, one’s religion, one’s affiliation with a group, a tribe or a nation.

A friend of mine was physically attacked on four separate occasions on the streets of New York because he proudly wears a Jewish star around his neck. Asked why he refuses to take it off, he replies, “because that is who I am.”

Nowhere does this play out stronger than in the area that is encompassed by the walls of the Old City of Jerusalem. And nowhere is the emotional hold on this stronger than in the 1,600 feet that is the Temple Mount complex, known to Muslims as the Haram al-Sharif and to Jews as Har Habayit.

The kingdom of Jordan has a very special role in this area. Prior to the 1967 war, the Hashemite Kingdom had control of Judea and Samaria, the West Bank of the Jordan River, including eastern Jerusalem, the third-holiest Muslim site after Mecca and Medina, and home to Al-Aqsa mosque. The Hashemite Kingdom was appointed in 1924 by the Supreme Muslim Council as the custodian of Al-Aqsa.

In June of 1967, Israel waged a preemptive strike against forces amassing along its borders. Jordan was late to enter the war. The Egyptian media broadcast dramatic and fallacious news reports that Israel would be thoroughly decimated. Jordan bought into it.

As Yossi Klein Halevi wrote in The Atlantic, Jordan began bombarding Jewish residential neighborhoods in West Jerusalem. Israel responded by saying, “Cease fire, and we won’t attack.” On the morning of June 7, Israeli Prime Minister Levi Eshkol sent a cable to King Hussein, saying “if you agree to peace talks, we won’t invade.” Jordan didn’t respond and, as we all know, the Israelis were victorious.

For those of us old enough to remember, when Israeli forces entered the Old City of Jerusalem and approached the Western Wall, it was a rare moment of historical ecstasy. Everyone of a certain age remembers Gen. Moti Gur’s triumphant call: “The Temple Mount is in our hands.”

After 2,000 years of exile, including the worst sorts of collective degradation, humiliation and wide-scale murder imaginable, including exile, dhimmitude, inquisition and pogroms, culminating in the gas chambers of Auschwitz, we had captured the Temple Mount, the eternal symbol of our national sovereignty and religious identity.

For a few moments, the Israel Defense Forces ascended the Temple Mount and hoisted the Israeli flag. But then, Gen. Moshe Dayan, peering through binoculars from Mount Scopus, exclaimed to his troops: “Do you want to set the Middle East on fire?” The flag was immediately lowered.

Perhaps Dayan could be credited for understanding the enormous emotional grip that such symbols hold over the identities of all human beings. Immediately after the war, Dayan met with the Islamic Waqf and cemented their control of the Temple Mount.

It is an incredibly contentious issue within Israel that Jews are (normally) allowed to visit, but have long been forbidden to pray at the Temple Mount. In July of 2021, Israeli Prime Minister Naftali Bennett said that “both Jews and non-Jews have freedom of worship” on the Temple Mount, though realizing how contentious that statement was, he amended it to “freedom of visitation rights.”

To this day, Jews are actually arrested by Israeli police if they are caught praying on the Temple Mount.

One might think that Israel would be applauded in the international arena for its sensitivity to the emotional grip that this area of real estate holds for the Muslim world, as they subjugated our own religious passions. It is, after all, the third holiest site for Muslims after Mecca and Medina. And, of course, the very holiest for Jews.

Jordan is among the largest recipients of US taxpayer funding per year, more than $ 1.65 billion was appropriated by Congress in 2021. Since the 1994 peace treaty with Israel, it has long been regarded as a peace-loving, moderate nation.

Yet Jordan has increasingly been part of the problem, not the solution.

In the clashes that occurred during this Ramadan, Jordanian Prime Minister Bisher Al-Khasawneh expressed delight over violence against Jews, saying he “praises every Palestinian and Jordanian Islamic Waqf worker … who throws rocks at the pro-Zionists.”

Violence has erupted once again in Israel, recently ending the lives of 19 innocent people. Many unfortunate young Palestinians have lost their lives as well. These young people have been raised in UNRWA schools, where there is constant Israelophobic and anti-Semitic incitement, and have been raised on fiery sermons from Imams in their mosques.

Jordan recently claimed that “Israel is violating the status quo” on the Temple Mount, while simultaneously having the audacity to draft a White Paper to change the status quo, asking Israel to relinquish its control and hand more power over to the Hashemite Kingdom.

King Abdullah II met last week with President Biden. One can bet his final nickel that he criticized Israel’s behavior on the Temple Mount, armed with gross exaggerations, half-truths and outright lies.

Let us hope that President Biden did not fall for the king’s baseless accusations.