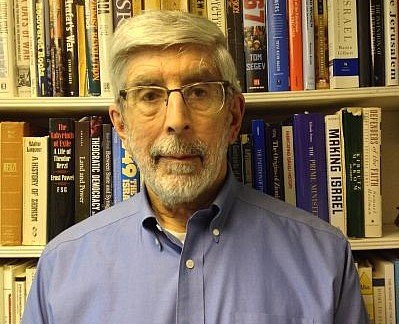 Nowhere is Jewish history more deeply embedded than in the Hebron Jewish Quarter and the Old City of Jerusalem.”
By Jerold Auerbach

Once my bar mitzvah was behind me, I was free to choose my own Jewish path. My parents, children of immigrants from Russia and Romania, exemplified assimilation. They neither denied their Jewish identity nor expressed it, except to light Chanukah candles and give me holiday gifts. My cousins and friends, like me, were “non-Jewish Jews.” Israel, born after we were, was not part of our lives.

In June 1967, while caring for my baby daughter, I took advantage of her nap to turn on the television. It was just in time to watch exuberant Israeli soldiers, victorious in the Six-Day War, at the Western Wall in Jerusalem as a rabbi joyously blew his shofar to celebrate the Jews’ return to their ancient holy site.

But it was only a momentary connection. It took another six years until I joined a group of “disaffected Jewish academics” for a trip to Israel sponsored by the American Jewish Committee. It transformed my life.

One year later, with a Fulbright fellowship, I became a visiting professor at Tel Aviv University. Rafi, one of my students, was the Kol Yisrael radio broadcaster who had excitedly announced the arrival of Israeli soldiers at the Western Wall that climaxed Israel’s victory. He became one of my best teachers.

Tel Aviv did not spark my interest. But over time I was drawn to two Jewish communities, often castigated by other Jews, at the fringes of Israeli society. In Jerusalem’s Old City, I discovered Ateret Cohanim. It is an organization determined to restore Jewish life outside the Jewish Quarter, where Jews had lived for centuries until waves of Arab violence during Israel’s War of Independence eradicated their presence.

Israel’s stunning victory in the Six-Day War sparked their return. Israeli soldiers walked past the former yeshiva in the Muslim Quarter, and an Arab resident stepped outside and handed them the keys to the library where Torah scrolls and books had been safely hidden for 20 years. Now, once again, it is a flourishing yeshiva.

As if to affirm their presence, an extension of the Western Wall, identified as the Kotel Hakatan (the small wall), was discovered only a few steps from the yeshiva. Today, the Ateret Cohanim community includes hundreds of Jews living in the Muslim and Christian Quarters. I was fascinated by their determination to return, rebuild and expand their decimated community.

Even more riveting, with a far longer history, were the Hebron Jews. The burial site of the biblical patriarchs and matriarchs, Hebron was where King David reigned before relocating his throne to Jerusalem. The tiny centuries-old Jewish community, destroyed during violent Arab rioting in 1929, was slowly rebuilt after the Six-Day War despite Israeli government resistance and Arab terrorist attacks.

Intrigued by their unrelenting resolve to return to their ancient holy site and capital city, I was guided to meetings with the founding fathers of the restored community. Like Ateret Cohanim residents, they generously answered my questions and recounted their memories, stimulating my fascination with their Jewish passion, courage and fortitude.

But the Hebron Jewish Quarter, where Arabs are a majority, remains a tiny and vulnerable enclave at the edge of a flourishing Arab city from which Jews are prohibited. Eruptions of Arab violence have taken their toll in Jewish lives, while the Israeli government has severely limited expansion of the community. Access to the stunning Machpelah burial site, where the Jewish patriarchs and matriarchs are entombed, is restricted by Muslim authority and Israeli government acquiescence.

Nowhere is Jewish history more deeply embedded than in the Hebron Jewish Quarter and the Old City of Jerusalem. It was there, decades after my bar mitzvah, that I finally — and proudly — embraced my Jewish identity.