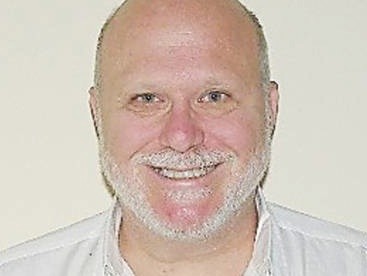 The check really is in the mail this time. Presidents Clinton, Bush 43, and even Obama gave lip service to moving the U.S. Embassy in Israel to Jerusalem, becoming the political equivalent of “the check is in the mail.” But President Trump not only put the move into motion but on Friday his State Department announced that the move will happen in May as Israel celebrates her 70th anniversary.

According to Channel 10 and Hadashot news, a ribbon-cutting ceremony is being planned for mid-May. Israel proclaimed independence on May 14, 1948, and that might be the day. (Selecting May 14 might soften the blow to the Palestinians since Israel’s official celebration, Yom Ha’Atzmaut, is tied to the Hebrew calendar and this year falls on April 19.)

This is a wonderful way to celebrate Israel’s 70th and there’s speculation as to the reasons the move is being made so quickly. Some believe that Trump wants to help Netanyahu stay in office and the move will certainly help him politically. Others suggest that he wants to do the move before he presents his peace plan, so more can be demanded of Israel.

There are those who simply believe there was no reason to wait; the interim site in Arnona is very secure, and by making the move now, Trump can excite his evangelical base prior to the midterm elections. Sadly, it will not affect the Jewish vote, which will continue to go Democratic despite that party’s obvious disdain for Israel.

With the exception of Senator Charles Schumer, well-known Democrats trashed Trump’s announcement that the embassy was moving (including House minority leader Nancy Pelosi; senior Democrat on the Senate Intelligence Committee Dianne Feinstein; Richard Blumenthal, the stolen valor senator from Connecticut; Dick Durbin of Illinois, the number two Democrat in the Senate behind Schumer; Corey Booker of New Jersey, and socialist Bernie Sanders of Vermont. New York’s Senator Kirsten Gillibrand has been silent, perhaps because she is still trying to figure out whether or not she supports anti-BDS legislation.

The congressional Black Caucus was also silent on the move, perhaps because around the same time as the Jerusalem announcement, pictures of many of their member smiling alongside famous anti-Semite Louis Farrakhan was released.

The U.S. Consulate General Building in Jerusalem (which is inside the 1949 armistice line) will formally be renamed the U.S. Embassy. Staff at the building were told on Friday that as of mid-May, they would be considered employees of the embassy. Ambassador David Friedman will move there, occupying a small suite of offices that will be retrofitted for the ambassador and his key aides. Friedman will still also maintain an office at the current Tel Aviv embassy, which would become a branch of the Jerusalem embassy. The Jerusalem consular staff will continue to provide normal consular services such as issuing passports and visas.

The rest of the present embassy staff will remain America’s current facility in Tel Aviv. Over time, the Arnona facility will be expanded to accommodate more embassy personnel. And eventually, a new embassy will be designed and built.

The East Jerusalem consulate will continue to serve Palestinians, and Friedman, for security reasons, will continue living in a residence in Herzliya, north of Tel Aviv. He will commute to the Jerusalem embassy.

As one would expect, Israeli Prime Minister Benjamin Netanyahu met the announcement with approval: “President Trump’s decision to move the United States Embassy to Jerusalem on the coming Independence Day follows his historic declaration in December to recognize Jerusalem as Israel’s capital, this decision will turn Israel’s 70th Independence Day into an even bigger celebration. Thank you, President Trump, for your leadership and friendship.”

Indeed, all supporters of Israel should be echoing those sentiments: Thank you, President Trump for keeping the promise so many other presidents broke.