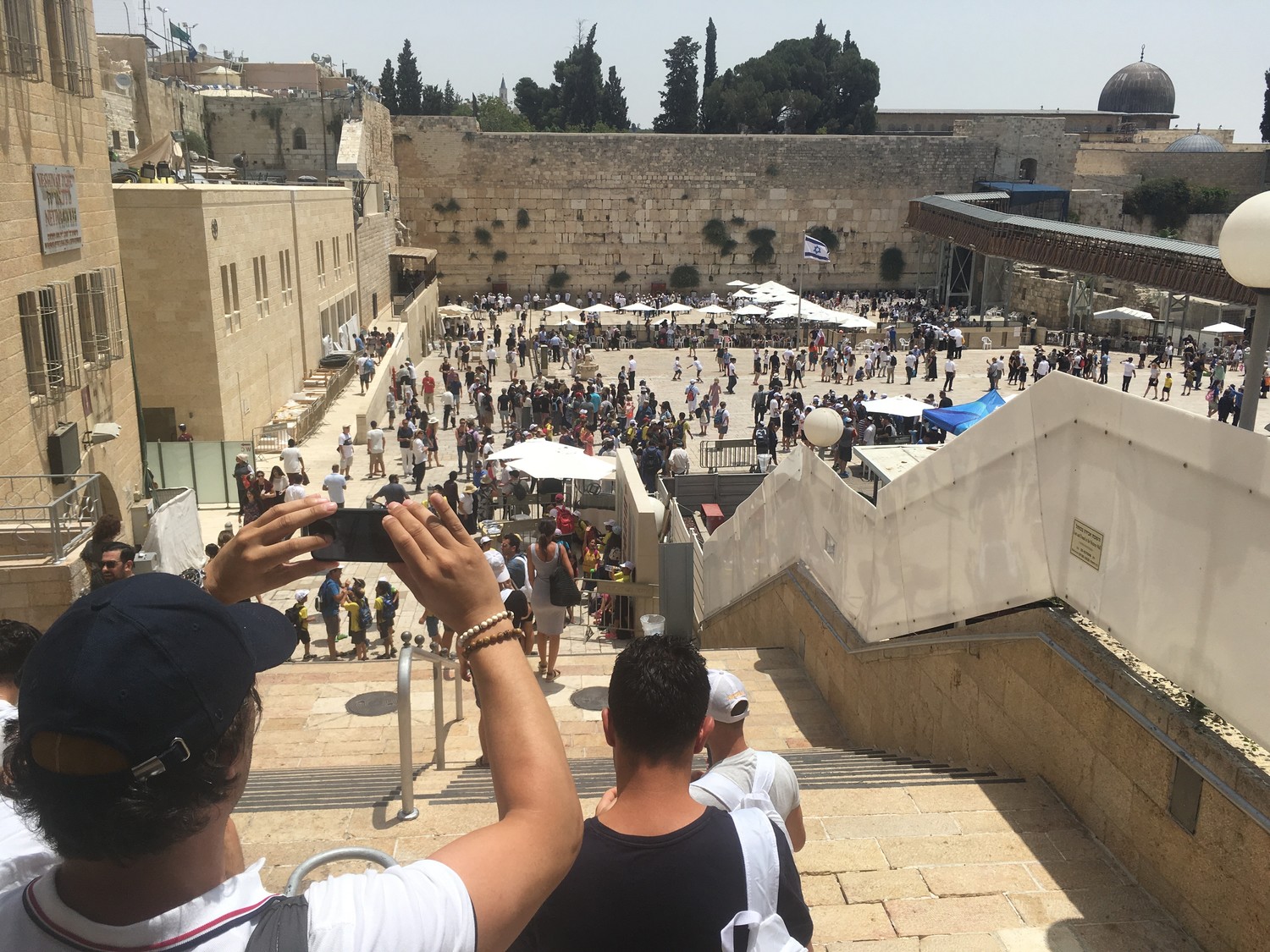 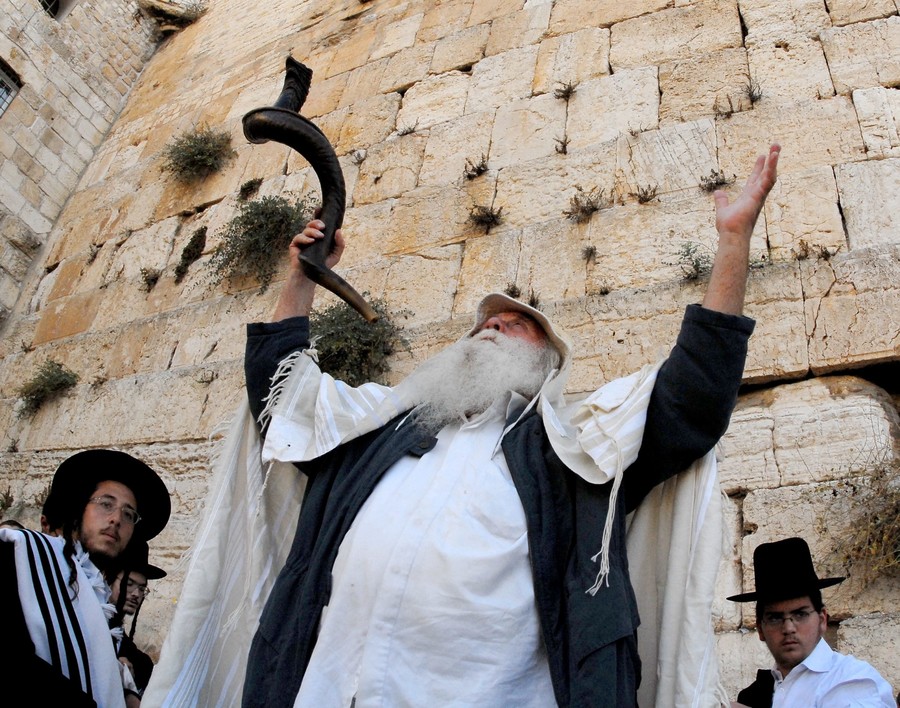 Here are excerpts from statements by some of America’s major Jewish organizations, expressing enthusiasm for President Trump’s Jerusalem announcement.

Israel is a sovereign state. Sovereign states have every right to determine where their capitals are. Israel has designated Jerusalem as its capital. Jerusalem is the seat of Israel’s national government. Yet nations of the world refuse to recognize Jerusalem as the capital of Israel. This is nothing less than a travesty.

The United States is Israel’s closest ally. For years its political leaders have acknowledged Jerusalem as Israel’s capital. Indeed, in 1995 Congress passed the Jerusalem Embassy Act of 1995, which explicitly establishes the position of the United States that “Jerusalem should be recognized as the capital of the state of Israel,” and requires that the American embassy in Israel be moved to Jerusalem. President Trump’s welcome announcement today reaffirms that longstanding commitment, and deserves to be warmly commended.

To us, as believing Jews, the special status of Jerusalem is not dependent upon the formal recognition of governments or the nations of the world. To us, Yerushalayim is the ir hakodesh, the holy city, the place where the Holy Temples stood thousands of years ago, the place that has been in the prayers and hearts of the Jewish people wherever they may have been through their long years of exile, the place that has been our glorious history and will forever remain our ultimate destiny.

The [OU] applauded President Donald Trump for his historic change of U.S. government policy toward the status of Jerusalem, the ancient and current capital of Israel and the Jewish people.

Sadly, and from our perspective wrongly, the international community has ignored the history of Jerusalem and its centrality in the lives and faith of the Jewish people. Moreover, the responsible stewardship for the holy city provided by the state of Israel is largely ignored.

In 1995, the United States Congress passed and President Bill Clinton signed the Jerusalem Embassy Relocation Act. … While Presidents Clinton, Bush and Obama each pledged to implement this commitment, none of them did. Today, President Trump began to fulfill this promise.

Executive Vice President Allen Fagin stated: “…We applaud President Trump for his historic announcement and for beginning the process of relocating the U.S. embassy to Jerusalem.”

President Mark (Moishe) Bane stated: “We commend President Trump for doing what is not just the right thing to do, but what is actually the common sense thing to do — to have America’s embassy in the chosen capital city of a close ally, the state of Israel.”

We applaud the U.S. administration for its historic recognition of Jerusalem as the capital of the state of Israel for the first time in seven decades.

Hadassah has always viewed Jerusalem as the capital of the state of Israel, and reaffirms its unwavering support for a united Jerusalem. All democracies have the ability to choose their own capital, and so too must Israel. Its government buildings including the Knesset and the Supreme Court have been located in the city of Jerusalem since the country declared its independence in 1948.

Historically and politically, spiritually and culturally, Jerusalem represents the heart and soul of the Jewish people. Our two hospital campuses lie within the holy city, and have transcended politics for nearly 100 years by offering top notch medical care to anyone in need regardless of religion, race or national origin.

Only under Israeli sovereignty has Jerusalem and its religious sites been open to all people.

Hadassah Medical Organization has served, and will continue to serve as a beacon of peace in the region. … We applaud the recognition of the city we hold so dear, and continue to advocate for a peaceful solution where all can live in safety and security.

The Conference of Presidents is gratified that its decades-long policy calling for U.S. recognition of Israel’s capital in Jerusalem has now been realized.

In the 50 years since Israel reunified Jerusalem, it has demonstrated an enduring commitment, enshrined in Israeli law, to protect Muslim, Christian and Jewish holy sites and to assure freedom of access to them for worshippers of all faiths. …

For nearly 3,500 years, the Jewish people have maintained an indivisible bond to Jerusalem. It is truly fitting that President Trump has taken this step just days before Jews all over the world begin celebrating the festival of Chanukkah marking the return of Jewish sovereignty over Jerusalem and the rededication of the Temple, the holiest site in Judaism, more than 2,000 years ago.

U.S. recognition of Jerusalem as the capital of Israel also sends a strong message to the international community that attempts in the UN to erase the Jewish connection to Jerusalem are counterproductive and will not succeed.

Rabbi Elazar Muskin, president of the RCA, stated, “Jerusalem has been the capital of the Jewish people since King David built his palace there and King Solomon brought the Holy Temple to Mount Moriah, and for the past 68 years, the state of Israel has considered Jerusalem as its capital. We express our appreciation to the president and his administration for this recognition as well as for their staunch support for the state of Israel, a bipartisan tradition in the US for many decades. We call upon the nations of the world follow this example and recognize Jerusalem as Israel’s capital.”

Rabbi Daniel Korobkin, vice president of the RCA, stated, “As religious leaders we pray that Jerusalem, the City of Peace, will live up to its name and that people of good intentions and good will use this opportunity to join together to promote stability and harmony in the holy city of Jerusalem where religious freedom and access to holy sites is granted to all its inhabitants.”

AIPAC has always supported American recognition of Jerusalem as Israel’s undivided capital city, and we commend President Trump’s momentous announcement and decision to initiate relocating the U.S. embassy there. This recognition is a long-overdue step to implement U.S. law. …

Importantly, relocating the embassy to Jerusalem does not in any way prejudge the outcome of the Israeli-Palestinian peace process, to include establishing two states for two peoples and resolving Palestinian claims to the eastern portion of the city and the disposition of holy places. Rather, this announcement acknowledges that Jerusalem will continue to be Israel’s capital as part of any conceivable final status agreement.

The Jewish people have maintained a constant presence in Jerusalem, their holiest city, for more than 3,000 years. Israel declared the city its capital following its reestablishment in 1948. When the United States ultimately relocates its embassy to Jerusalem, it will treat Israel as it does every other country with which we have diplomatic relations.

Today’s action by President Trump is an important, historic step for which we are grateful. We urge the president to quickly relocate our embassy to Israel’s capital.

One Israel Fund is beyond thankful to President Trump for the official recognition of Jerusalem as Israel’s capital. The movement of the US embassy to Jerusalem legitimizes the 3,000-year-old truth!

In keeping his promise to establish Jerusalem as the official capital, the ties between Israel and America are even stronger. We are excited about these next steps towards peace.

I welcome today’s decision by the United States to recognize as the capital of Israel, Jerusalem, whose name means “city of peace.” This recognition is an essential element in any lasting peace in the region.

Unlike other guardians of the city, from the Romans to the Crusaders to Jordan between 1949 and 1967, Israel has protected the holy sites of all three Abrahamic faiths, Judaism, Christianity and Islam, and guaranteed access to them. Today, Jerusalem remains one of the few places in the Middle East where Jews, Christians and Muslims are able to pray in freedom, security and peace.

The sustained denial, in many parts of the world, of the Jewish connection with Jerusalem is dishonest, unacceptable and a key element in the refusal to recognise the Jewish people’s right to exist in the land of their origins. Mentioned over 660 times in the Hebrew Bible, Jerusalem was the beating heart of Jewish faith more than a thousand years before the birth of Christianity, and two-and-a-half millennia before the birth of Islam.

Since then, though dispersed around the world, Jews never ceased to pray about Jerusalem, face Jerusalem, speak the language of Jerusalem, remember it at every wedding they celebrated, in every home they built, and at the high and holiest moments of the Jewish year.

Outside the United Nations building in New York is a wall bearing the famous words of Isaiah: “He will judge between the nations and will settle disputes for many peoples. They will beat their swords into plowshares and their spears into pruning hooks. Nation will not take up sword against nation, nor will they train for war anymore.” Too often the nations of the world forget the words that immediately precede these: “For out of Zion shall go forth the law, and the word of the Lord from Jerusalem.”

Those words, spoken 27 centuries ago, remain the greatest of all prayers for peace, and they remain humanity’s best hope for peace in the Middle East and the world.

Zionist Organization of America head Mort Klein told Jewish Insider, “I am pleased that after 22 long years since the embassy bill passed that Trump is … recognizing the obvious [but] I am disappointed that he is signing a waiver. I would have preferred he take the existing consulate or another government-owned building, put a sign on it and say this is the embassy, immediately.”

Simon Wiesenthal Center said that with his announcement, President Trump “will right a historic wrong.”

International Fellowship of Christians and Jews founder and president Rabbi Yechiel Eckstein called the announcement “a bold, courageous move that is long overdue, and is especially significant coming from Israel’s closest ally. Both Jews and Christians around the world have prayed for this day, which rights a historic wrong by affirming to the world that Jerusalem is the eternal capital of the Jewish people.”

Anti-Defamation League called the move a “significant step … important and long overdue,” coming at a time “when international organizations and other detractors delegitimize the Jewish state and deny any Jewish connection to the holy city.”

The Republican Jewish Coalition praised the president for his announcement.

“President Trump is doing what he does so well: recognizing the reality on the ground. No more false news — Jerusalem is Israel’s capital,” Norm Coleman, the RJC’s national chairman and a former Minnesota senator, said in a statement.

The RJC ran a full-page ad in Thursday’s edition of the New York Times thanking President Trump for his decision.

The Jewish Democratic Council of America released a statement by its chair, former Rep. Ron Klein of Florida, saying it too believes that “Israel’s capital is Jerusalem” and that United States “can and should move our embassy to a location in Jerusalem under undisputed Israeli sovereignty.” But it quickly pivoted to charge that the Trump White House “has neglected efforts to meaningfully support peace between Palestinians and Israelis.”

J Street, the left-wing Mideast policy group, in a statement that the change of U.S. policy on Jerusalem will undermine Middle East peace efforts and could lead to violence.

“Israel’s capital is in Jerusalem and it should be internationally recognized as such in the context of an agreed two-state solution that also establishes a Palestinian capital in East Jerusalem,” J Street said. “In the absence of that final agreement between the parties on the city’s status, blanket recognition of Jerusalem as Israel’s capital is premature and divisive. “That is why, since 1967, all administrations have maintained that the final status of the entirety of Jerusalem is to be decided by negotiations, and have avoided any actions that could be interpreted as prejudging their outcome.”