From the first bet, learning to serve Hashem 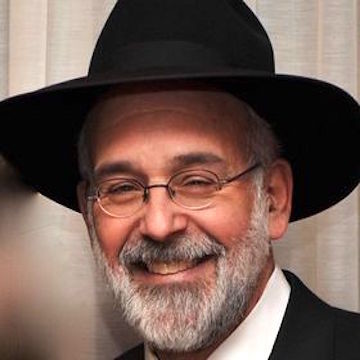 The Torah begins with the famous words, “Bereishit bara Elokim ate hashamayim v’ate ha’aretz.” Translators and meforshim frequently disagree as to how to interpret the word bereishit. Does it mean “b’techilah (in the beginning) or “bishvil hareishit (for that which is first?) Rashi hints at this difficulty in his first gloss in his Commentary on the Torah: “Ain hamikra hazeh omare elah darshani (this text proclaims nothing other than, ‘Interpret me!’)”

He then summarizes part of a passage in Midrash Bereishit Rabbah 1:4 that presents bishvil hareishit as the proper way to read our text: “bishvil haTorah sh’nikrate reishit darko, u’bishvil Yisrael sh’nikrau reishit tevuato (for the Torah that is called ‘the beginning of His way,’ and for the Jewish people who are called ‘the first of His grain.’)” This reading of Rashi’s gloss is supported by one of his most celebrated supercommentators, Rabbi Eliyahu Mizrachi: “The letter bet at the beginning of bereishit is like the bet found in the verse, ‘va’ya’a’vod Ya’akov b’Rachel (and Ya’akov worked [in order] for Rachel [to become his wife].’)” (29:20)

The Maharal of Prague is another of the great Rashi supercommentators. In his classic work, Gur Aryeh, he cites Rashi’s focus on Torah and the Jewish people as the reason for Creation and notes that it is crucial to examine his choices. After all, opines the Maharal, is it not the case that “all actions of Hashem are for His own sake.” (Sefer Mishle 16:4)

In short, why did Rashi limit his gloss to Torah and the Jewish nation and exclude all other aspects of the Universe, when the rationale for the creation of the world logically could have included everything the Almighty created?

The Maharal’s answer speaks to the essence of the unique relationship that obtains between Hashem and the Jewish people: “There is no honor from the created entities except when they fulfill His mitzvot and serve Him; and this is only possible with the Jewish nation, regarding whom it is said: “I formed this people in order that they would speak of My praise.” (Sefer Yeshayahu 33:21) … And the Jewish people do not serve the Holy One blessed be He except through His mitzvot when they fulfill His Torah. This, then, is [why Rashi so clearly emphasized], the world was created bishvil Yisrael — for the Jewish people and bishvil haTorah — for the Torah.”

Based on the Maharal’s trenchant analysis we can now understand why Rashi underscored Torah and the Jewish people as the underlying cause for the creation of the world. As Yeshayahu prophesized, our nation was created to praise the Almighty; and as the Maharal notes, this can only be achieved through the Torah and the fulfillment of the mitzvot.

David HaMelech declared in Sefer Tehillim 35:10, “kol atzmotai tomarnah (all of my bones will say, ‘Hashem who is like You?’)” I believe his message is unmistakable in its meaning, namely, that our very beings praise Hashem when we venerate Him through the performance of the mitzvot found in His holy Torah.

As such, let us remember Rashi’s words, “bishvil haTorah u’bishvil Yisrael,” did the Holy One blessed be He create the Universe, and may they ever be our guide as we strive to honor and serve Him. V’chane yihi ratzon.

Shabbat Shalom and may Hashem in His great mercy remove the magafah from klal Yisrael and from all the nations of the world.