For Jerry on Tisha B’Av, a personal note 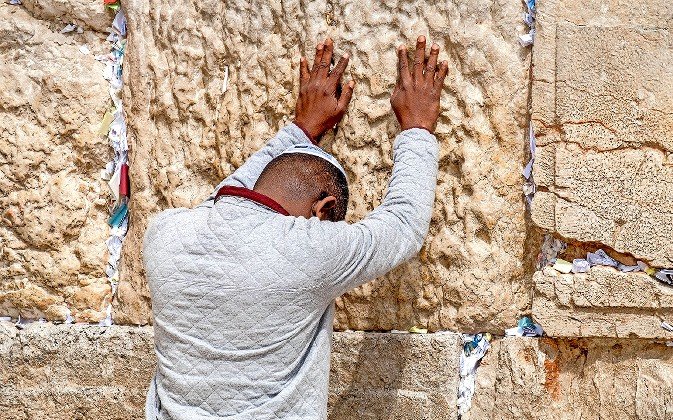 As I sit down to write this week’s column, I’m thinking about what I will eat before and after the fast (I’d rather not think about the fasting part). Jerry, on the other hand, experiences complex paradoxical feelings when reflecting on Tisha B’Av and Shabbat Nachamu.

In Jerry’s family the Pesach Sedar and Tisha B’Av recall the profound anguish and incalculable loss his parents and their families suffered in the fires of Auschwitz, which inexorably continue to burn in their most intimate memories.

When Jerry was very young, and his family was in Turkin’s Bungalow Colony, his Uncle Bernie would shepherd Jerry and all the children in his extended family to a Chassidish colony to listen to Eicha. Of course Jerry couldn’t manage to sit quietly inside, and was ushered outside almost immediately — where he was accosted by a group of Chassidish boys his age who called him a goy.

Jerry was beside himself. A fight ensued and Jerry was able to convince them of the error of their ways. He got the biggest one in a headlock and he confessed that Jerry was in fact Jewish.

In Camp Raleigh, as in most camps, Tisha B’Av is commemorated by a fascinating display of burning fires on the lake and during torch-lit processions while sad songs are sung. On his first Tisha B’Av in camp he began to cry inconsolably.

After Eicha and when his counselors and camp staff attempted to console him, he told them that he was crying because he had no grandparents as they were burned in the crematorium in Auschwitz. Jerry’s mom, from the time he was very young, shared with him much of what she had gone through in Auschwitz and inculcated him with the indelible horror she had witnessed.

Jerry went to Israel for the first time in the summer of 1973 on a tour. He remembers going to the Kotel on Tisha B’Av and looked at the myriad of notes placed between the stones written to reach out to Hashem and express deeply felt feelings or requests for help. As he was told that this was the best place to reach out to Hashem, Jerry pondered what to do.

His parents were from deeply pious Chassidic families in Europe. He remembers his mom telling him that on what they thought was Kol Nidrei night the members in his mother’s barracks wanted to daven to Hashem to save them. They believed that by reciting Kol Nidrei with great kavanah their voices would be heard by Hashem and perhaps he might save them. One of the girls from the barracks next door was a chazzan’s daughter. She had a beautiful voice and knew the words and timeless melody of Kol Nidrei, and she agreed to lead them.

Once she began to sing, the girls in Jerry’s mother’s barracks attempted to join her. However instead of singing they began to wail inconsolably what they felt couldn’t be properly expressed in words.

Perhaps Jerry thought they wailed in the haunting tune of Eicha, rather than the riveting and incomparably beautiful Kol Nidrei nigun; perhaps this reflected the dichotomy of attempting to emotionally reconcile the tragedy reflected in Eicha and the joy of Shabbat Nachamu commemorated just a few days later.

His parents and uncles and aunts, after years of cathartic healing, slowly began to resuscitate and then finally fully revitalize their spirituality, and the piety and spirituality which they felt in their parent’s homes and Shabbat tables. Their nechama proved to encompass a lengthy, complex, multi-layered process.

Jerry decided not insert a note of bakasha (a request) between the Kotel stones. He realized that he loved being Jewish, loved Israel and loved Hashem and didn’t want to potentially tarnish how he felt that day by asking for things or outcomes. He determined to keep his love and faith in Hashem simple as he believes his parents had which perhaps proved to be the impetus for the rebirth of their faith.

Yad Vashem to unveil ‘Book of Names’ at UN

‘Leopoldstadt’ and the bombing of Auschwitz