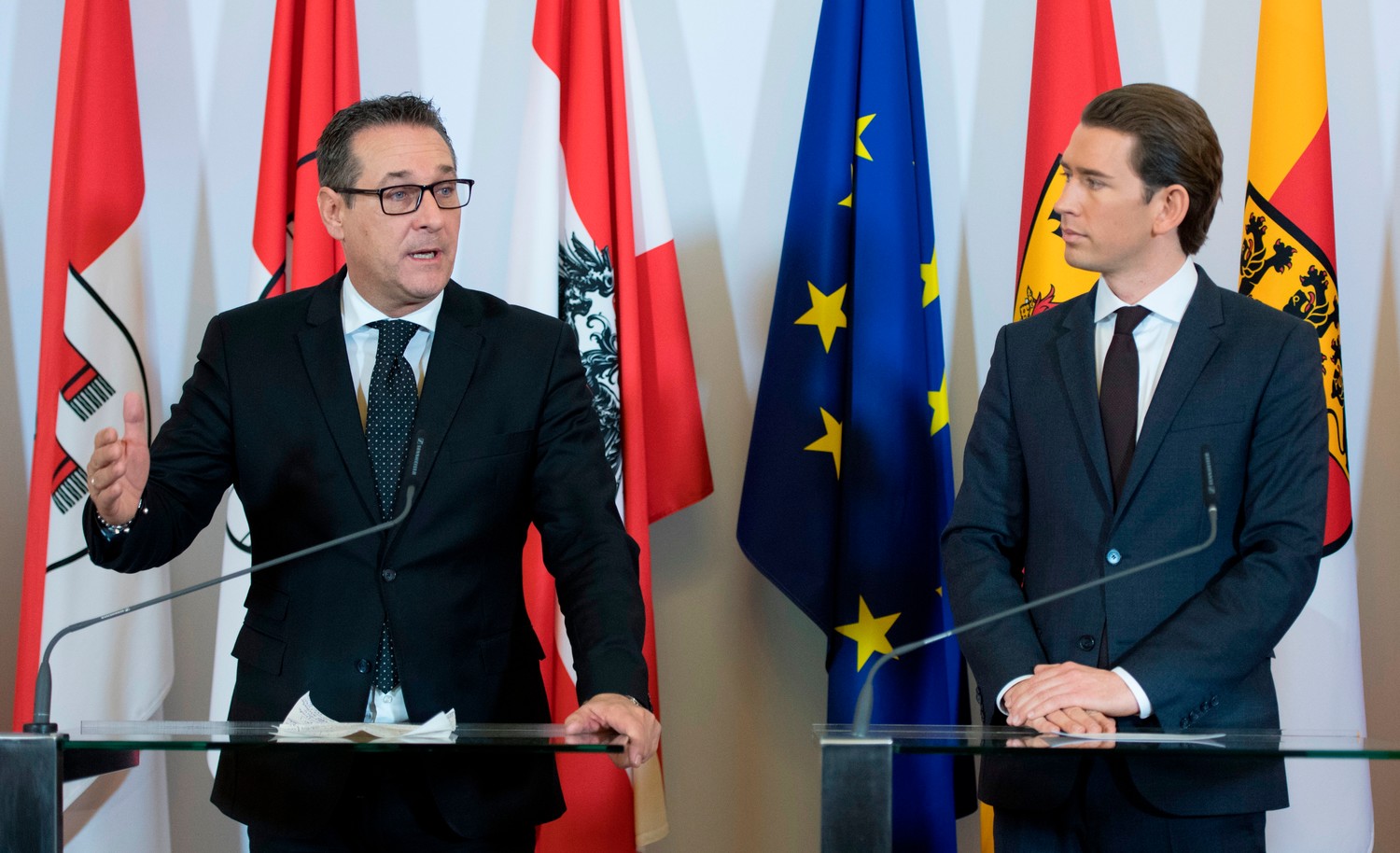 VIENNA — Until December, Milli Segal’s main challenge as a producer of Jewish-themed events in Austria was balancing her duties at work with her hands-on approach to being a Jewish grandmother of four.

As an organizer of prestigious Holocaust commemoration projects, Segal, 63, is on a first-name basis with some of the country’s most senior politicians, and draws on 20 years of experience to prevent or solve most any complication.

Last year alone, she headed the communications efforts around the unveiling of memorial monuments at the Aspangbanhof train station and the Herminengasse subway station. That’s while she was negotiating the relocation of a museum that Segal had established recently in this capital city for child survivors of the Holocaust.

But Segal has new dilemmas since the far-right Freedom Party entered the Austrian government in December. She and a community that has boycotted a party established by former Nazis in the 1950s must now work with ministries and officials who are either under the party’s control or working closely with it in government.

“It’s not as simple as before, you need to use a lot of diplomacy” now that the Freedom Party is in the government, Segal said.

Her latest challenge ended last week with the conclusion of a five-day conference on anti-Semitism where Segal handled media for the European Jewish Congress and three other co-organizers. The prestigious event at the University of Vienna featured government ministers and some of the world’s best-known scholars on anti-Semitism. It came off despite her organization’s initial discomfort at holding a summit against anti-Semitism under the auspices of the only government in Europe with a far-right party in its ruling coalition.

The Austrian government is led by the center-right Austrian People’s Party of Chancellor Sebastian Kurz. The Freedom Party, which clinched 25 percent of the popular vote in October’s parliamentary election, is its only coalition partner.

With the Freedom Party entering the government, the event’s co-organizers wondered whether Austria was an appropriate host for what was to be one of the largest academic events of its kind in Europe in recent years.

“We tore the hairs off our heads,” said Dina Porat, chief historian at Yad Vashem Holocaust museum in Jerusalem. “Of course we had our doubts.”

Porat decided to remain as a co-organizer to make a stance against the Freedom Party. Besides, she said, changing the venue on short notice would have meant the event’s cancellation.

Last month, officials representing the Jewish community of Austria boycotted the parliament’s annual Shoah commemoration over the participation of government officials from the Freedom Party.

Segal said there are other complications impeding commemoration efforts in Austria, a country that only accepted its culpability in the Holocaust decades after its partner in crime, Germany.

No Freedom Party officials were at the conference on anti-Semitism. But their shadow was strongly felt.

Israel’s president, Reuven Rivlin, a blunt and outspoken critic of the party, declined an invitation to attend the conference, which had the French philosopher Bernard-Henri Levy as its keynote speaker. The Israeli Foreign Ministry’s representatives were embassy staff — an unusually low-level delegation for an event that featured addresses by a government minister and the head of the opposition in Austria, as well as prominent members of academia.

During a speech by one of those officials, Education Minister Heinz Fassmann, Jewish students unfurled a banner reading “Mr. Kurz! Your government is not kosher!” before being escorted out.

Nearly 20 years ago, at least one large Jewish group did decide to cancel an event in Austria over the Freedom Party. The Conference of European Rabbis was supposed to meet in Vienna in 2000, when the Freedom Party entered the coalition governing coalition for the first time.

The Freedom Party was founded in 1949 by a former SS soldier, Anton Reinthaller, and changed its name to the Freedom Party in 1956. Before it styled itself as a party focused on blocking the spread of Islam into Austria, anti-Semitic rhetoric was the party’s calling card and political currency.

In recent years, the party under Heinz-Christian Strache has kicked out several members who engaged in anti-Semitic rhetoric, which he said has no place in his movement. Strache, who has visited Israel, and other party officials have spoken favorably about the Jewish state. He said in December that he would have liked to see the Austrian Embassy move to Jerusalem — against the European Union’s stance.

But Austrian Jews, and consequently the State of Israel, are not convinced of the makeover.

On Tuesday, Oskar Deutsch, president of the Jewish community in Vienna, called the Freedom Party an entity “that still tolerates anti-Semitism to an alarming extent.” He cited a slew of incidents, including a 2016 article in a Freedom Party-affiliated newspaper alleging that survivors of the Nazis’ Mauthausen concentration camp were “mass murderers.”

In November, Freedom Party lawmakers declined to stand in parliament during a moment of silence for Holocaust victims. Earlier this month, a former regional minister from the party resigned following the revelation that his university fraternity published anti-Semitic songs in its publications. The songs prompted Strache to announce an internal review of his party.

Segal said this “ability of the Freedom Party to speak with two tongues is perhaps the most worrisome development.”

Once dismissed as the political home of the impressionable, its penetration of universities has made it a party of ideologues with “an advanced academic degree,” Segal said.