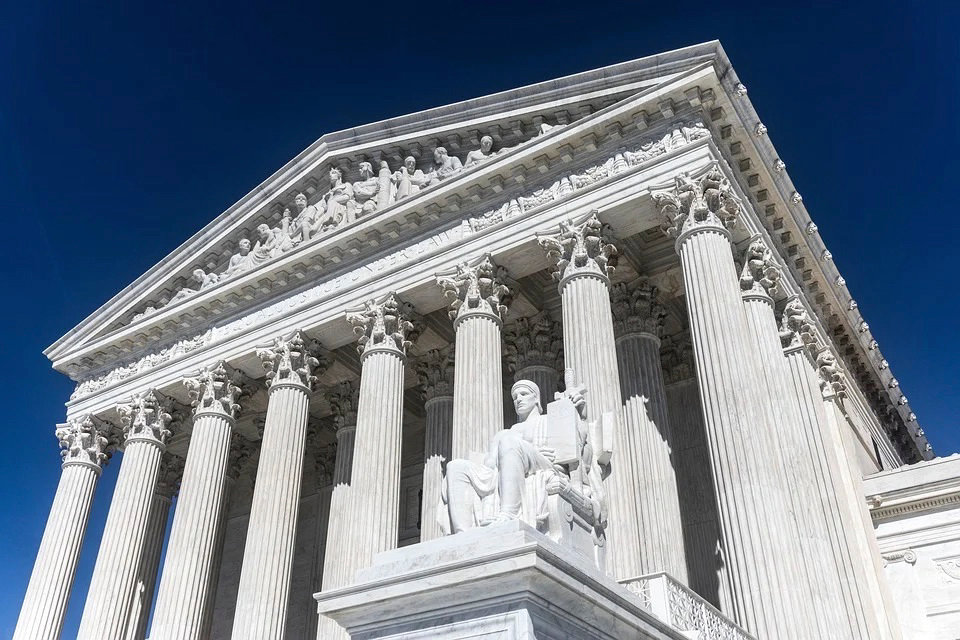 The US Supreme Court in Washington, DC.

Orthodox advocacy groups expressed delight on Tuesday after the US Supreme Court ruled that states may not exclude religious schools  from programs that aid private education.

•“This ruling eases the way for state aid to flow to parents who choose to send their children to religious schools,” Agudath Israel of America said.

•It is “the culmination of decades of determined advocacy by the Orthodox Union and our partners who advocate for religious liberty and parental choice in education,” said OU Executive Director for Public Policy Nathan Diament.

•It is “a tremendous victory for religious schools and a stark reminder that faith-bassed institutions cannot unjustly be singled out by the government or targeted in an inequitable fashion,” said the National Council of Young Israel.

Chief Justice John Roberts wrote for a conservative majority that the program violates the Constitution’s protections for religious freedoms.

“Maine’s ‘nonsectarian’ requirement for its otherwise generally available tuition assistance payments violates the Free Exercise Clause of the First Amendment. Regardless of how the benefit and restriction are described, the program operates to identify and exclude otherwise eligible schools on the basis of their religious exercise,” Roberts wrote.

“The State pays tuition for certain students at private schools — so long as the schools are not religious. That is discrimination against religion. A State’s antiestablishment interest does not justify enactments that exclude some members of the community from an otherwise generally available public benefit because of their religious exercise.”

The court’s liberal justices dissented. “This Court continues to dismantle the wall of separation between church and state that the Framers fought to build,” Justice Sonia Sotomayor wrote.

The OU, Agudah, NCYI and several other Orthodox groups submitted amicus curiae briefs in the case.

Maine provides tuition assistance payments for all families with school-age children who live in locales that do not operate their own high schools. Under the program, parents may choose an accredited (or otherwise approved) school their child attends and the state will pay the tuition.

But, since 1980, Maine has prohibited parents from choosing to enroll their children in “sectarian” high schools under the program. This discriminatory policy has been challenged in court twice (1999 and 2004) and the US Court of Appeals upheld the policy.

The lawsuit the high court decided on Tuesday was brought in the wake of its rulings in Trinity Lutheran v. Columbia (2017) and Espinoza v. Montana (2020), where the Supreme Court declared unconstitutional state aid programs that excluded the participation of religious institutions because of their “status” as religious entities.

“The essential promise of the First Amendment’s religion clause is to guarantee religious freedom in the United States by requiring government neutrality toward religion,” the OU’s Diament said. “A state discriminating against religion — as Maine did in its tuition assistance program — is just as unconstitutional as a state promoting one particular religion. In today’s ruling, the Supreme Court has advanced religious liberty for all Americans of all faiths.

“OU Teach Coalition leaders will be proactively pressing for policymakers in all these states to ensure that any state and local education funding programs are fully available and accessible to nonpublic schools and their families as the Supreme Court has clearly mandated,” said Maury Litwack, executive director of the OU’s Teach Coalition.

“All parents and families should have the right to make the best choice for their children’s education,” said OU President Mark (Moishe) Bane stated. “By participating in this case, the Orthodox Union hopes to protect all families against institutional, anti-faith discrimination not just in Maine and not only in school funding programs, but in all states and programs that attempt to favor secularism to the exclusion of faith.”

“Agudath Israel has been fighting religious discrimination for decades, and we will continue to do so. We are thrilled that the Supreme Court has made clear that discrimination against religious instruction in state aid programs is a constitutional violation,” Rabbi Cohen said. “Other states that have ‘no aid’ provisions in their state constitutions and law can effectively feel free to now enact programs that encourage or provide assistance to religious schools on an equal basis with other nonpublic schools.”

“This is a significant win for parents in Maine and across the country who will now have more freedom to choose private and religious schools for their children,” said Rabbi AD Motzen, Agudah’s national director of state relations,=.

“When states attempt to distinguish between an institution’s religious identity and its religious practice, it is a slippery slope that runs afoul of the United States Constitution,” NCYI said. “Children in religious schools are entitled to have the same opportunities to learn and thrive as students in other types of schools.”