Enroute to Super Bowl, thinking about the Holocaust 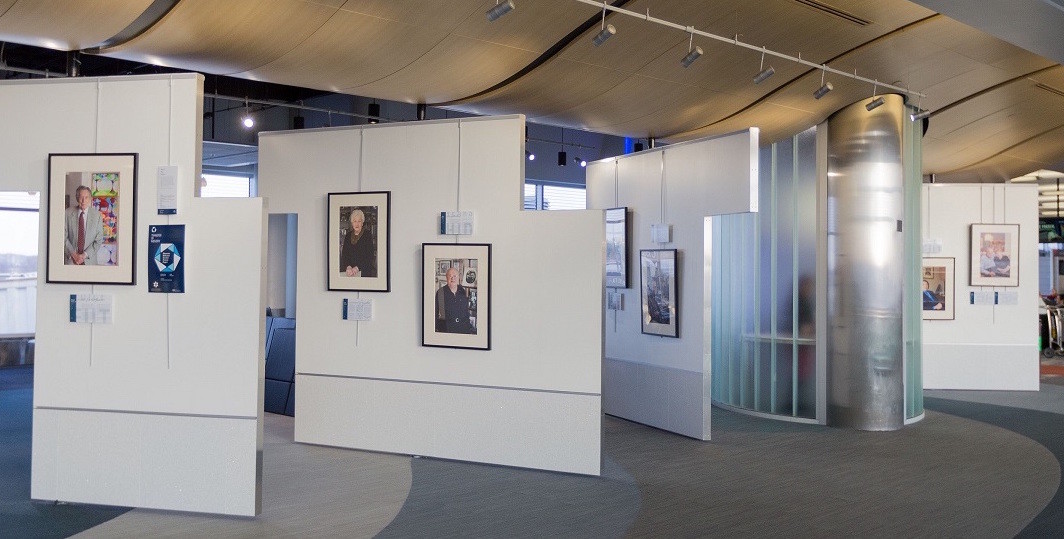 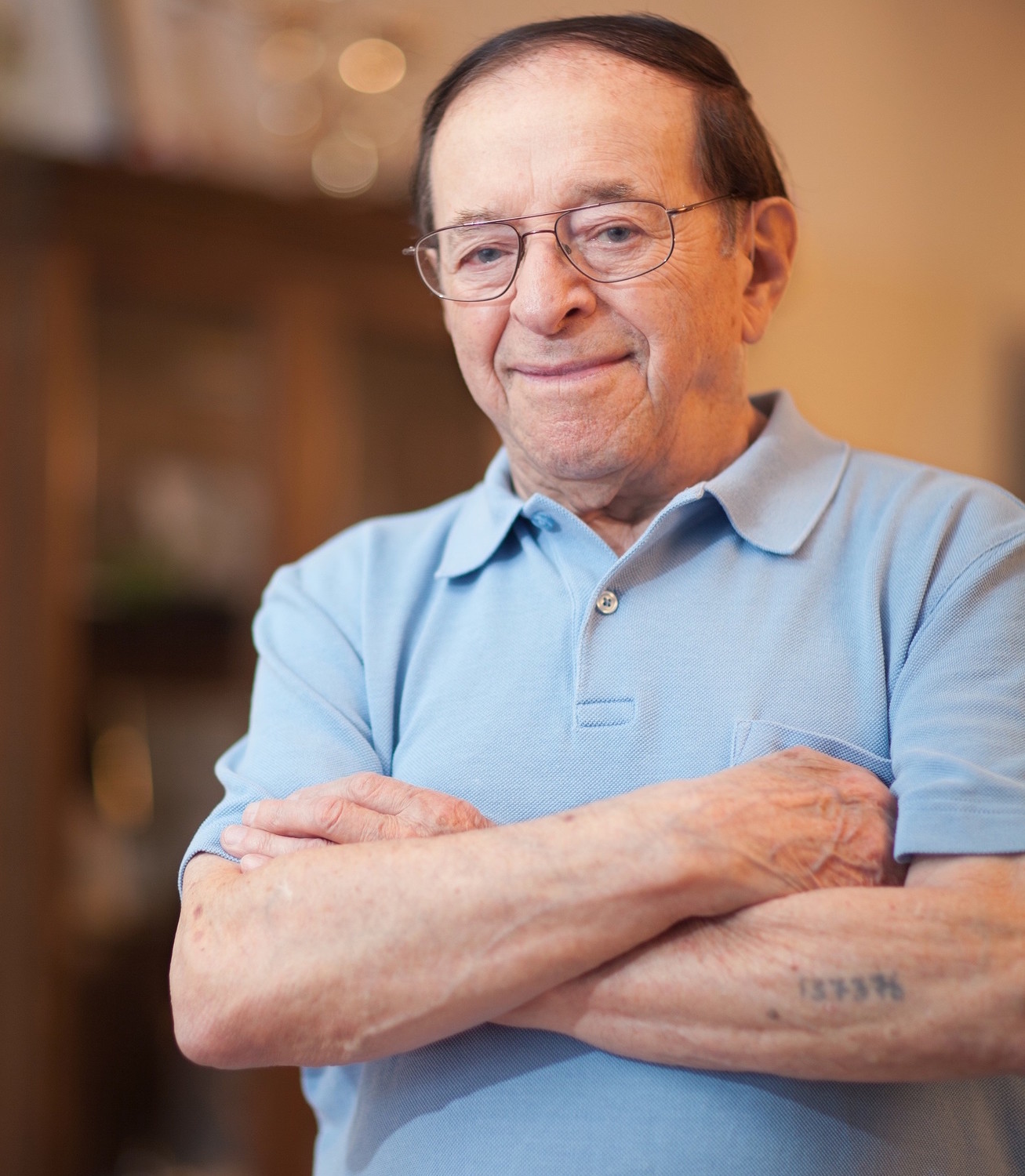 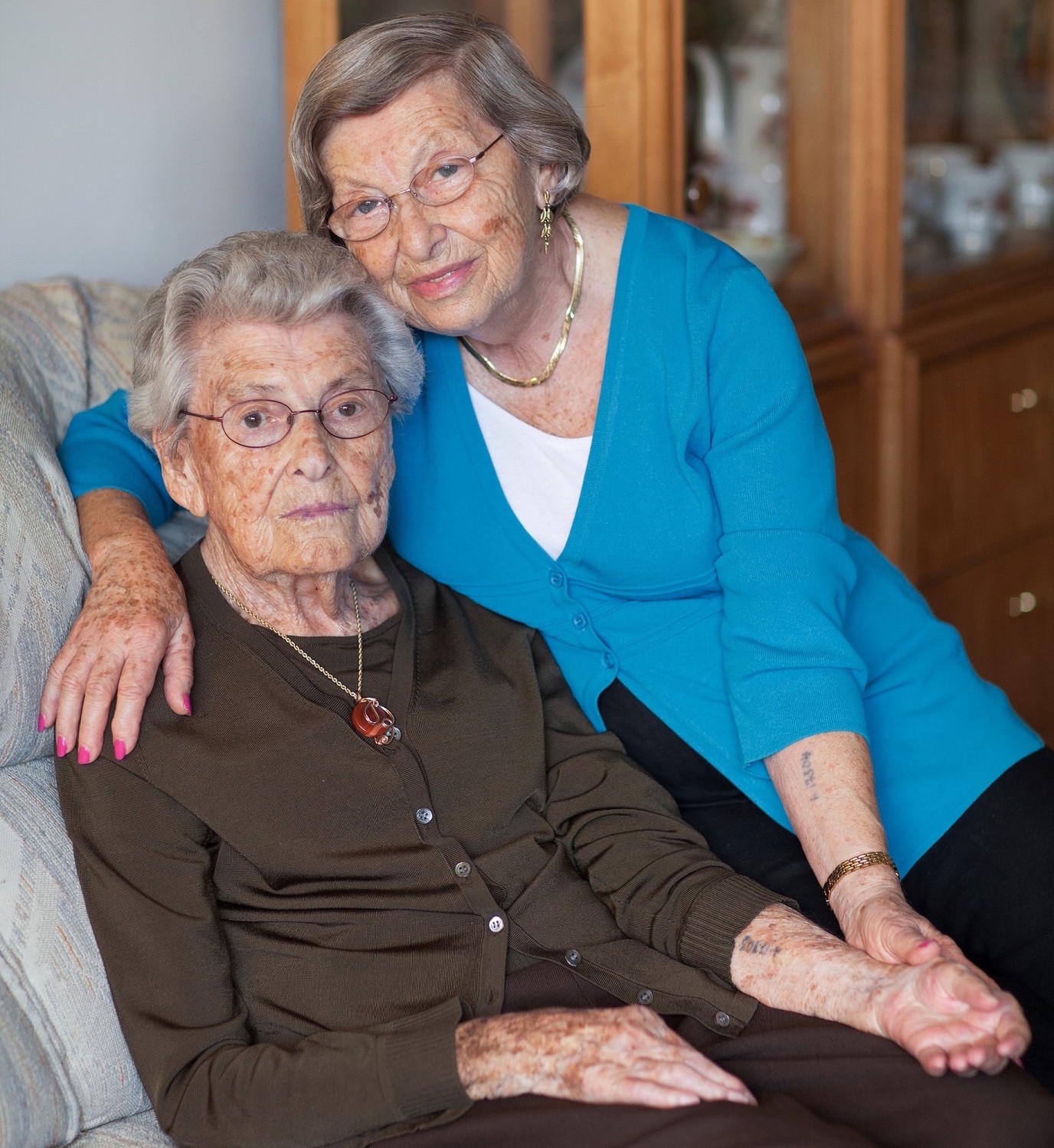 Eva Gross, 90, (right) and her mother, Ella Weiss, who died in 2011. Together, the two survived six concentration camps, including Auschwitz, forced labor and death marches.
David Sherman/Transfer of Memory
Previous Next
By Andrew Gershman, JNS

As thousands descended on Minnesota for Super Bowl LII on Sunday, they likely did not expect to meet those who greeted them in the Minneapolis St. Paul International Airport: Minnesotans who survived the Holocaust.

The survivors were featured in “Transfer of Memory,” a full-color photo exhibition showcased in terminals 1 and 2 through Feb. 5. The exhibit has been traveling to venues throughout Minnesota, North Dakota, South Dakota, Wisconsin and Iowa since 2012.

Travelers who stopped to look at the exhibit learned about Joe Grosnacht, 94, who survived Auschwitz, Buchenwald and several other camps, and whose tattooed number is visible on his arm, and about Eva Gross, 90, and her mother, Ella Weiss, who died in 2011. Together, the two survived six concentration camps, including Auschwitz, forced labor and death marches.

The Super Bowl’s connection to the Holocaust has its roots in the personal history of the owner and president of the Minnesota Vikings, Mark Wilf. The son of two Shoah survivors from Poland, Wilf co-chairs the Jewish Federations of North America’s National Holocaust Survivors Initiative. The Vikings, Wilf Family Foundations and Delta Airlines supported the Transfer of Memory exhibit at MSP Airport.

Photographer David Sherman, who had pitched the idea of a Holocaust survivor exhibition to the JCRC of Minnesota and the Dakotas about eight years ago, said his objective in taking the photos was “to create formal portraits of Holocaust survivors to ensure that survivors are remembered in a respectful and beautiful way — by face and by name — with an additional objective of documenting the stories of each of these survivors.”

Laura Zelle, one of the exhibit’s curators, said Sherman grew up hearing stories of survivors, often accompanied by black-and-white photos. He wanted to carry on the tradition of telling these stories but give them more life through color portraits. Lili Chester, a daughter of survivors, wrote the accompanying text for each portrait, which offers a short history in the survivors’ own words. Each survivor was photographed at home, and each was interviewed and videotaped prior to Sherman taking the portrait.

The exhibit in Minneapolis accomplished one of the program’s key goals — bringing the stories of individual survivors to life. Of the 12 people profiled in Terminal 1, more than two-thirds attended the opening reception, along with their children and grandchildren.

Zelle said notes left in the exhibit’s comment books have been “overwhelming.” She remembers one in particular that stated, “This is all of our history.”

Transfer of Memory is unusual in its reach. While a number of the survivors profiled for the exhibit have also been interviewed by the Shoah Foundation, this exhibit is small, portable and easily understood by middle and high school students, she said. The emphasis, said Zelle, “is a message of hope.”

As JCRC’s description states, “the color images depict the survivors as living full and fulfilled lives—full of life and vitality—not defined by victimhood.”

After the exhibit leaves MSP Airport, the next showing will be through March 11 at the Basilica of Saint Mary in Minneapolis. A complete schedule of upcoming exhibits is available at transferofmemory.org.

More than 20 of 52 Minnesotans profiled are now deceased, according to Transfer of Memory.