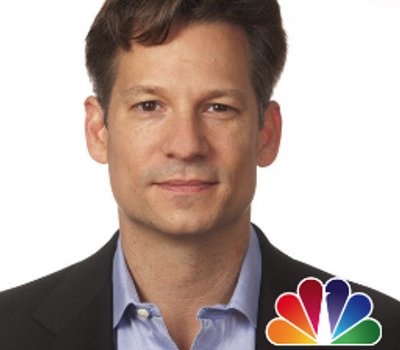 Here we go again with the modern version of the ancient blood libel — the false stereotype claiming that warlike American Jews or the militaristic state of Israel controls American foreign policy. Anybody who truly believes that must have been in a cave during the Obama administration. NBC News’s chief foreign correspondent Richard Engel seems to be one of the cave dwellers.

It’s unsure whether he was trying to slander President Trump, or Israel, or was just being reckless. Last week, when the Department of Defense announced that the USS Abraham Lincoln and its carrier strike group were being redeployed to the Persian Gulf in response to unspecified “troubling and escalatory indications and warnings” from Iran, Richard Engel, who has a Jewish father, reported that Trump is trying to lure Iran into war, and implied he is doing so on behalf of Israel.

In his May 6th report Engel said, “U.S. officials tell NBC News the threats targeted multiple locations and at the aircraft carrier’s deployment was preplanned but moved up. But in Iran tonight, officials are trying not to take what they see as America’s bait. In February, Iran’s foreign minister told me the Trump administration is looking for war.”

Is Engel suggesting that we should believe the foreign minister of the world’s foremost state sponsor of terrorism over our own American Secretary of State?

He continued, “So there is this collision, international collision against Iran. The U.S. is part of it. Israel is part of it. So it has a lot of people in the region concerned when they see the United States moving this firepower into the Middle East just after Netanyahu secured his political future. People are wondering, is this real, or is the U.S. looking for some sort of provocation for other reasons?”

Netanyahu? Other reasons? Engel is obviously making the false suggestion that the reason for the carrier redeployment is Israel and/or pressure from American Jews.

In fact, the fact that the U.S. wanted to move the carrier group into the Persian Gulf and put pressure on Iran is rumored to be one of the reasons Israel agreed to the ceasefire with Hamas on Sunday.  Netanyahu was slammed in some Israeli political circles for prematurely agreeing to the ceasefire, but if anything, the Prime Minister complied with the request of President Trump, not vice versa.

Engel’s report sounded like Pat Buchanan wrote it. After George W. Bush invaded Iraq, Buchanan wrote an article called “Whose War?” that blamed the action on several mostly Jewish public figures such as Bill Kristol, Paul Wolfowitz, Max Boot, and Richard Perle. According to Buchanan, those Jews were, “colluding with Israel to ignite wars and destroy the Oslo Accords. We charge them with deliberately damaging U.S. relations with every state in the Arab world that defies Israel or supports the Palestinian people’s right to a homeland of their own.”

Buchanan went on to say, “For whose benefit these endless wars in a region that holds nothing vital to America, save oil, which the Arabs must sell us to survive? Who would benefit from a war of civilizations between the West and Islam? Answer: one nation, one leader, one party. Israel, Sharon, Likud.”

Bush did consult with then-Prime Minister Ariel Sharon before the 2003 invasion of Iraq, but contrary to Buchanan’s fantasy, Sharon strongly urged Bush not to invade Iraq, arguing that if American forces deposed Saddam Hussein, it would be disastrous. Sharon told Bush, “Iran, a far more dangerous player, will be rid of its principal enemy and free to pursue its ambitions of regional hegemony.” His prediction was correct.

Engel’s suggestion that Israel is trying to push the U.S. into war with Iran is simply a modern blood libel, blaming the carrier fleet move on Jews or Israel. He owes Israel, Jews across the world, and President Trump an apology.

After he apologizes, Engel should seek advice from Ken Timmerman, author, war correspondent, and an expert on Iran. Timmerman is one of the half-dozen real experts on the Islamic Republic of Iran in the U.S. today. He’s the former President of the Foundation for Democracy in Iran (iran.org), regularly meets with Iranian dissidents overseas, and has lectured on Iran at the Pentagon’s Joint Counter-Intelligence Training Academy, JCITA.

Timmerman explains that the reason for the deployment of the U.S. carrier group into the Persian Gulf, as well as Pompeo’s trip to Iraq last week, was recent intelligence that Iran was planning “imminent” attacks on U.S. persons or U.S. assets in Iraq.

The Iran expert wrote on Thursday that the Iranian intelligence came from a defector.

On April 19, a respected Iranian internet news agency reported that Iran’s Supreme Leader had just fired the intelligence chief of the Islamic Revolutionary Guards Corps (IRGC) after “classified documents and information leaked to Israel and the U.S. regarding Iran’s nuclear program and secret missile bases.”

The fired intelligence chief, Brig. Gen. Ali Nasiri, was said to have taken refuge in a U.S. embassy or consulate in a nearby Persian Gulf state, where he turned over sensitive documents and intelligence information to the Americans.

“Nasiri is arguably the highest-ranking IRGC official ever to have defected to the West or Israel. As intelligence chief, he had access to the darkest secrets of Iran’s nuclear weapons development program. He knows where the long-rumored secret uranium enrichment facilities were located because his men were in charge of guarding them.”

The increased pressure on Iran had nothing to do with warlike American Jews or a militaristic Jewish state controlling foreign policy, as Engel intimated. It had everything to do with a defector from the Iranian Revolutionary Guard.

Mind reading is not a skill of mine. It is impossible to report whether Engel was making a statement about Israel or Jews, or, because the Mueller report cleared the president of collusion, an illusion that Trump is beholden to a country other than Russia. Whatever his reasoning, Engel’s report was both inaccurate and hurtful.