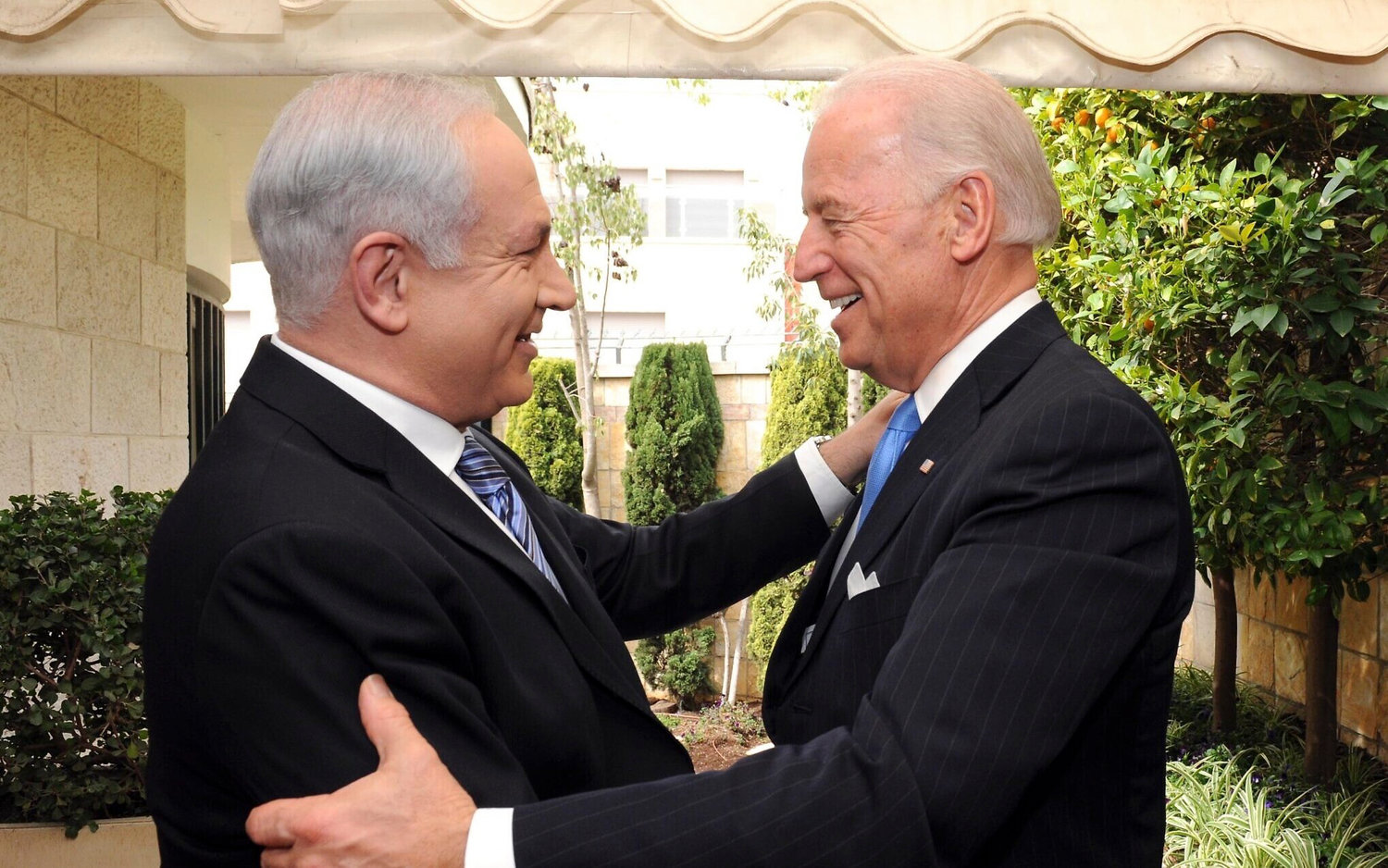 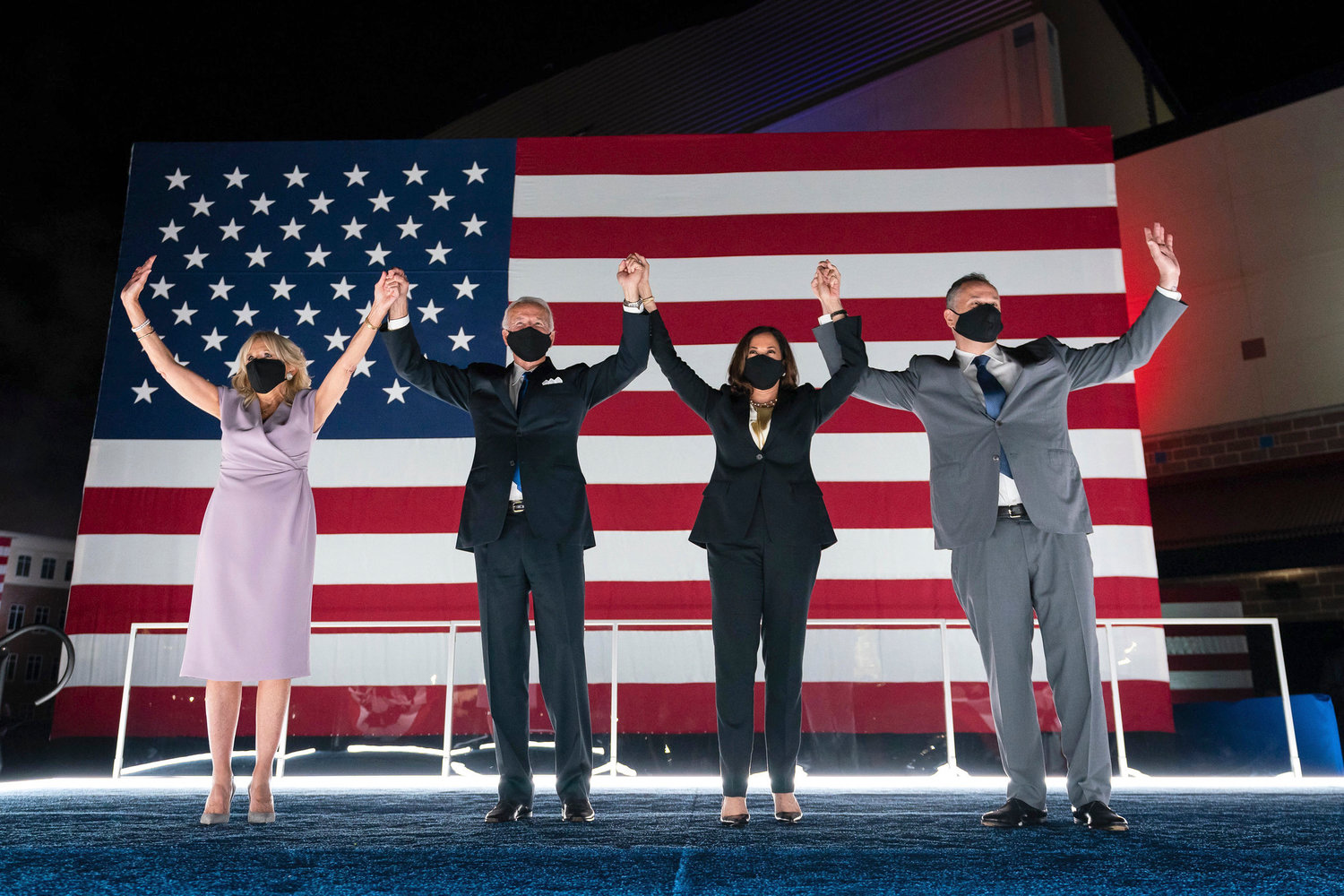 Israeli leaders and American Jewish organizations from left to right have congratulated Joe Biden and Kamala Harris on their election victory.

In a Sunday morning tweet, Israeli Prime Minister Benjamin Netanyahu referenced  his long relationship with Biden: “Joe, we’ve had a long & warm personal relationship for nearly 40 years, and I know you as a great friend of Israel. I look forward to working with both of you to further strengthen the special alliance between the US and Israel.”

Netanyahu also thanked President Trump “for the friendship you have shown the state of Israel and me personally, for recognizing Jerusalem and the Golan, for standing up to Iran, for the historic peace accords and for bringing the American-Israeli alliance to unprecedented heights.”

The first is a conversation after Netanyahu’s father died in 2012, and the second was a long phone call after Biden’s son Beau died.

“There are things that are above politics and above diplomacy,” Netanyahu said, adding:

“As for the last few years, here are the facts: Whenever I go visit the Capitol, I always, always meet the leaders of both parties, both in Congress and the Senate.” Bipartisan support for Israel is a foundation of Israel’s foreign policy, he said, and “there is no difference if it’s a Republican or Democratic administration.”

On election day, he told the Knesset, “What I see before my eyes is not Democrats and not Republicans. It is just the state of Israel,” the Associated Press reported.

“There was a lot less public drama involving Biden,” a source close to the former vice president told the JTA last month.

Israeli President Reuven Rivlin sent “the blessings of the Israeli people and of the state of Israel to our friend Joe Biden on your election as the 46th President of the United States of America. I also send congratulations and best wishes for your success, Vice President-elect Kamala Harris.”

Relations between Israel and its “closest and most important ally” were stronger than any political leadership, and were “rooted deeply in our shared values” and “commitment to freedom and democracy,” Rivlin said.

The leadership of the Orthodox Union extended its congratulations to Biden and Harris.

“With campaigning now over, we look forward to working with all Americans to mend the divisions in our society and bring the country together to overcome the current challenges we face.

“The Orthodox Union looks forward to working with President-elect Biden and his incoming administration on matters of critical importance to our community, including overcoming the coronavirus and its disruptive impact on our schools, synagogues and other essential parts of our community, keeping the US-Israel relationship strong, thwarting Iran’s malign activities, expanding educational opportunity and choice for all American children, defending America’s ‘first freedom’ of religious liberty and standing against anti-Semitism.”

Rabbi Daniel Korobkin, president of the Rabbinical Council of America, said, “We are living at a time of great divide and during a period of increasingly hostile rhetoric. We all must now heed the call of Mr. Biden to work together, from the multiple branches of government to the street, to heal the many critical divisions and to find ways to increase cooperation and further mutual respect in speech and deed.”

Rabbi Binyamin Blau, vice president of the RCA, said, “Every Shabbat we pray for the welfare of the leaders of our country. We now pray for the success of the Biden administration and the president-elect so that they may formulate and execute policies that promote domestic and international security, economic and social welfare, and a society in which all its people can live with fairness and respect. We look forward to Mr. Biden’s continued support for a strong and safe state of Israel, America’s strong and vital ally.”

Agudath Israel of America, in a letter addressed to Biden and Harris, extended “our warm congratulations upon your election last week, and our most sincere wishes for success.

“Agudath Israel of America has always enjoyed close working relationships with the White House, irrespective of which political party happens to be its occupent. We similarly look forward to working closely with you and your administration in the weeks and years ahead.”

The Conference of Presidents of Major American Jewish Organizations, an umbrella organization of 53 American organizations across religious, political and ideological spectrums, said: “We congratulate former Vice President Joe Biden and Senator Kamala Harris on their election, and wish them well as they begin the transition process. … We have worked with the president-elect over the decades on strengthening the US special relationship with Israel, the Soviet Jewry movement, and many other issues.

“The peaceful transfer of power is a hallmark of American democracy, as enshrined in the Constitution. Though voters across the country may have sought different political outcomes, they share the common values that define our democracy: love of freedom, a desire for equality, and respect for the rule of law. It is time for the American people to unite and live out our nation’s motto, E Pluribus Unum. Out of many, one.”

The Conference thanked Trump “for his historic efforts to strengthen the US-Israel relationship, and we look forward to working with the president-elect and his administration, as well as the new Congress, to continue to deepen this unbreakable bond, counter the growing threat posed by Iran, and combat the scourge of antiSemitism wherever it is found.”

In a statement issued before Biden’s win was declared, the Conference called for unit, stating:

“The Talmud tells us that in the days leading up to the destruction of the Second Temple, the Jewish people were divided into two factions. These two factions warred against each other, and because of this lack of unity, the Second Temple was lost. During this complicated and contentious time, we must remember the great importance of standing together as a community  in order to achieve our common goals.”

“The essence of unity is respect for diversity of opinion,” the Conference said. “Even when there is disagreement, we must show respect for one another.”

In its congratulations, Mizrachi Religious Zionists of America said “President-elect Biden is a long-standing friend of Israel and we look forward to working closely with the new administration to further strengthen the deep and unshakable bonds that unit our two countries. At this time, we also express our deep and sincere hakarat hatov to President Donald J. Trump and his administration for their historic accomplishments on behalf of the state of Israel.”

AIPAC said that “despite the current profound political polarization, there remains a resolute bipartisan commitment to the US-Israel alliance as both presidential tickets took strong pro-Israel positions. Whatever other issues divide us, America stands with Israel.”