Battling anti-Semitism and anti-Zionism at Duke 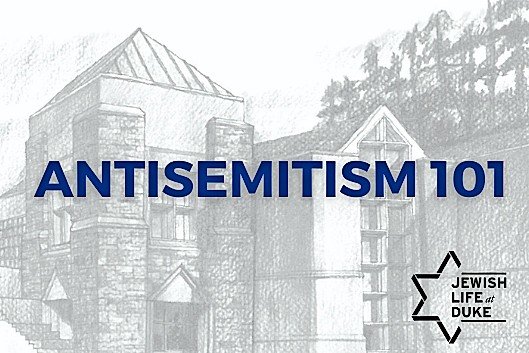 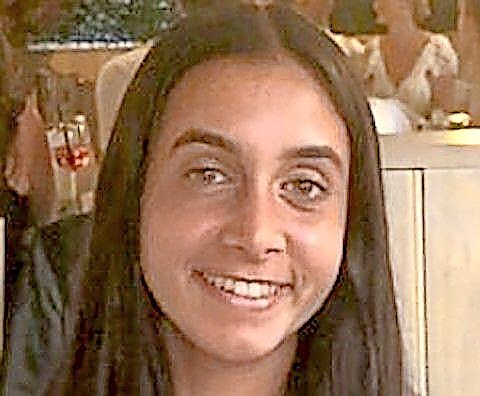 I am a Persian Jew who has lived all of my life in America. Yet at the same time, Israel is my home.

I get the chills every time I sing “Hatikvah” because even though I live thousands of miles away, my heart lies and will always lie in Israel. The small things in my daily life are a constant reminder of this: the mezuzah on my doorpost, the way I pray facing Jerusalem, the necklace I wear every day that bears my last name, meaning “unity” in Hebrew.

As a proud Jew and Zionist, Israel is not only part of my identity; it is also my duty to support it in any and every way. Especially upon beginning my college years, I realized that if I am not physically serving in the Israel Defense Forces like my 18-year-old Israeli counterparts, the least I can do is defend Israel my way — by receiving an amazing education and making it known that I will be a strong, unwavering pro-Israel voice on campus.

That is why when I started at Duke University last fall, I was so excited to be selected as a Zionist Organization of America Campus Fellow. As such, I work with the ZOA’s campus department to plan and host educational pro-Israel programs for Jewish and non-Jewish students.

One of my most impactful collegiate leadership activities has been the founding of a campus chapter of Students Supporting Israel (SSI), a grassroots movement led by students for students.

Discussion and civil discourse is a wonderful thing; hateful rhetoric filled with untruths is not.

This past November, the Duke Student Government (DSG) vetoed our SSI chapter a mere four days after the DSG Senate officially approved it. After making a social-media post calling out a student’s anti-Semitic remarks and inviting her to engage in a civil dialogue, our chapter was vetoed because we allegedly failed to engage in “good faith behavior.”

DSG hadn’t exercised its veto power in over five years. After being gaslighted into believing we had done something wrong — though afterwards digesting the extent of this double standard — my co-president and I realized with complete clarity that we had nothing to apologize for. Instead, we were more motivated than ever to put an end to anti-Israel and anti-Semitic rhetoric.

“Good faith behavior” is a completely subjective term; in our eyes, we had, in fact, acted in good faith by standing up against anti-Semitism.

The days following the veto were a whirlwind; I was in and out of meetings with SSI National, news organizations and concerned community members more than I attended class. My phone was flooded with text notifications from outraged friends and family, as well as residents of Durham, NC. Every top headline of the Duke Chronicle, our school newspaper, involved SSI.

The tensions were high as I felt all eyes turn to me when I entered the DSG Senate for the second time in a week. I was given a few minutes to speak — the room was packed to the brim — and was then subjected to intense questioning, a period that was extended three times past the limit.

DSG had claimed that SSI had been vetoed based on social-media misconduct, but the hearing had nothing to do with that. Classmates and students I thought were my friends started bashing Zionists and Israel, accusing Israel of “apartheid” practices and “human-rights violations,” among other falsehoods. One student gave a terrifying speech, arguing that SSI did not deserve a place on Duke’s campus because we perpetuate “the Zionist strategy: a cycle of perpetual victimhood and refusal to see complexity, tied to a narrative that safety can only be achieved through constant violence.”

Arguably even more frightening than the speech itself was the fact that the student delivering it was Jewish!

I had to sit through three grueling hours of speeches by students and senators vehemently making the case against SSI’s existence at Duke. The worst part was that I wasn’t allowed to respond. I was literally targeted and harassed in front of the 200-person hearing as every value I stood for was delegitimized.

SSI lost the vote by a landslide, receiving support from just the three Jewish senators on DSG. The hostility in that room was traumatizing. No student of any religion, political standing or belief system should ever have to experience something like this for merely standing up for what is right.

After months of fighting what felt like an uphill battle, I was excited when our SSI chapter was reinstated at the end of February. Furthermore, the International Holocaust Remembrance Alliance’s (IHRA) resolution that passed through our student government and the mandatory anti-Semitism training that senators attended provided me with a sense of hope that DSG was finally moving in the right direction.

Yet actions that have occurred since then, such as DSG approving $16,000 to fund Students for Justice in Palestine’s (SJP) “Israel-Apartheid Week” events, including a $5,000 honorarium for a notorious anti-Semite Mohammed El-Kurd, have made me and other Jewish students feel betrayed and endangered. The university has justified these actions as free speech, claiming that any other speaker would have been treated the same. Discussion and civil discourse is a wonderful thing; hateful rhetoric filled with untruths is not.

According to FBI statistics, Jews make up less than 2% of the U.S. population, yet are victims of nearly 60% of religiously motivated hate crimes. Free speech is important; the exchange of ideas is important. So is my safety.

As I wrap up my freshman year, I come away knowing that Duke is an incredible institution with a vibrant community of Jewish and Zionist students. However, given the experiences I have had with anti-Semitism, anti-Israel rhetoric and polarization on campus, I also come away knowing that these sentiments are omnipresent and very ugly.

Most importantly, it’s bolstered my conviction to fight this scourge more than ever. As a proud Jewish and Zionist, I call upon others to help me. We need to advocate for our people and for those who don’t know how to advocate for themselves. We need to teach our own people to have strong voices and convictions and to “wear” their religious identity with pride.