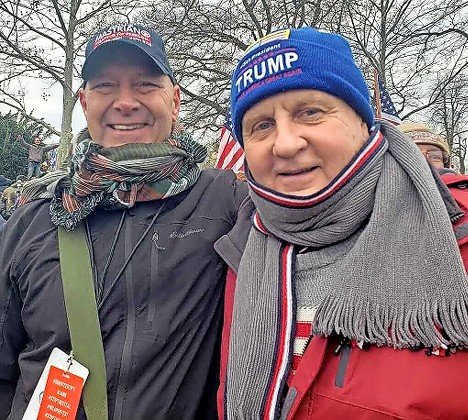 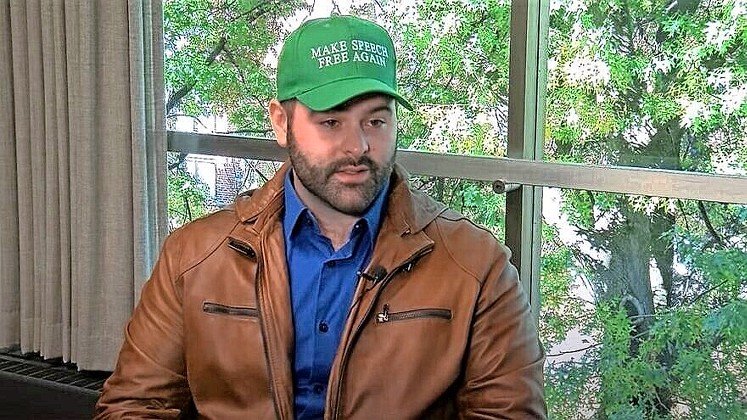 Hollow condemnation of anti-Semitism signals that anti-Semites are a legitimate part of American political culture. And that’s just wrong.”
By Rafael Medoff

The Republican nominee for governor of Pennsylvania, pressed by the media about his association with an outspoken anti-Semite, last week condemned “anti-Semitism in any form” — yet refused to condemn the anti-Semite with whom he has been associating.

The GOP gubernatorial candidate, Doug Mastriano, was revealed to have been paying “consulting” fees to the social media platform Gab, a site where white supremacists and other anti-Semites regularly congregate. Among Gab’s users was the terrorist who massacred 11 worshippers at a Pittsburgh synagogue in 2018.

Gab founder and CEO Andrew Torba regularly makes openly anti-Semitic remarks. In one recent interview, he railed against “Zionist lies,” and said of Gab, “This is a Christian movement. … We don’t want people who are Jewish.”

Torba’s hatred of Jews doesn’t seem to trouble Mastriano. In an interview with Torba in May, Mastriano exclaimed, “Thank God for what you’ve done” [in creating Gab].

In recent days, Mastriano sidestepped reporters’ questions about his connection with Torba and ignored appeals to him by Jewish organizations to leave Gab. Evidently pursuing the votes of Torba’s followers was his priority.

But as the criticism grew, Mastriano apparently decided it would be more advantageous to put some distance between himself and Gab. So he deleted his Gab account and issued a “condemnation,” but one that was barely worthy of the name.

“Andrew Torba doesn’t speak for me or my campaign,” Mastriano tweeted. “I reject anti-Semitism in any form.” Then he blamed “the Democrats and the media” for “smearing” him, and claimed his Democratic opponent in the gubernatorial race is the real “extremist” in the room.

So Torba doesn’t speak for him — yet Mastriano pointedly refrained from condemning the things that Torba says about Jews and the platform that he provides to bigots. Mastriano said he “rejects anti-Semitism,” but he doesn’t seem to reject anti-Semites — at least not those whose votes he hopes to attract.

Mastriano is an avid supporter of former president Donald Trump. It may not be coincidental that his handling of the Torba episode is reminiscent of the way Trump responded when asked to condemn white supremacists and other extremists.

In February 2016, candidate Trump was asked by several interviewers if he disavowed the endorsement he had just received from former Ku Klux Klan leader David Duke. In one interview, Trump implausibly denied knowing who Duke was (despite having made public comments about Duke in the past), then said: “I would disavow if I thought there was something wrong.” When another reporter pressed him on the issue, a somewhat exasperated Trump finally replied, “Okay, all right. I disavow, okay?”

It seemed as if Trump didn’t want to utter the words, “I disavow David Duke’s support,” lest that jeopardize his chances of attracting votes from among Duke’s followers. Perhaps that was the same motive for the answer Trump gave when NBC’s Savannah Guthrie asked him in October 2020 if he agreed that QAnon’s conspiracy theories are “crazy and not true.”

Trump replied, “I don’t know about QAnon,” and added, “What I do hear about it, they are very strongly against pedophilia.”

A reluctance to denounce individuals who might be politically useful has been evident on both sides of the aisle in recent years. Recall what happened when Minnesota Democratic congresswoman Ilhan Omar made anti-Semitic remarks in 2019. That infamous controversy began when Rep. Omar claimed that a Jewish organization was paying members of Congress to be pro-Israel (“It’s all about the Benjamins, baby,” is how she put it).

A statement released by Speaker Nancy Pelosi and five other senior House Democrats condemned what they called “Omar’s use of anti-Semitic tropes and prejudicial accusations about Israel’s supporters.”

A few weeks later, Omar did it again, this time seemingly questioning the patriotism of some of her congressional colleagues. She asserted that supporters of Israel “think it is OK for people to push for allegiance to a foreign country.”

Congressional Republicans, and some Democrats, wanted to pass a resolution condemning Omar and her statements. But Omar’s allies — led by the so-called congressional “Squad” — convinced the Democratic leadership to adopt a very different resolution. Theirs did not mention Omar by name, and, instead of focusing on anti-Semitism, denounced “anti-Semitism, Islamophobia, racism and other forms of bigotry.” In other words, it condemned anti-Semitism without condemning the anti-Semite.

The concept of asking public figures to condemn a specific anti-Semitic colleague makes sense. Even if those who are issuing the condemnation have to be pressured into doing so, the fact that they are making such a statement helps set an appropriate standard for American society. It says clearly that such anti-Semitic sentiments are unacceptable; that helps drive anti-Semites to the margins.

They are still treating the anti-Semite and his or her followers as a legitimate part of American political culture. They are, in effect, bringing the bigots back in from the margins of society. And that’s just wrong.