And you really thought you knew gefilte fish! 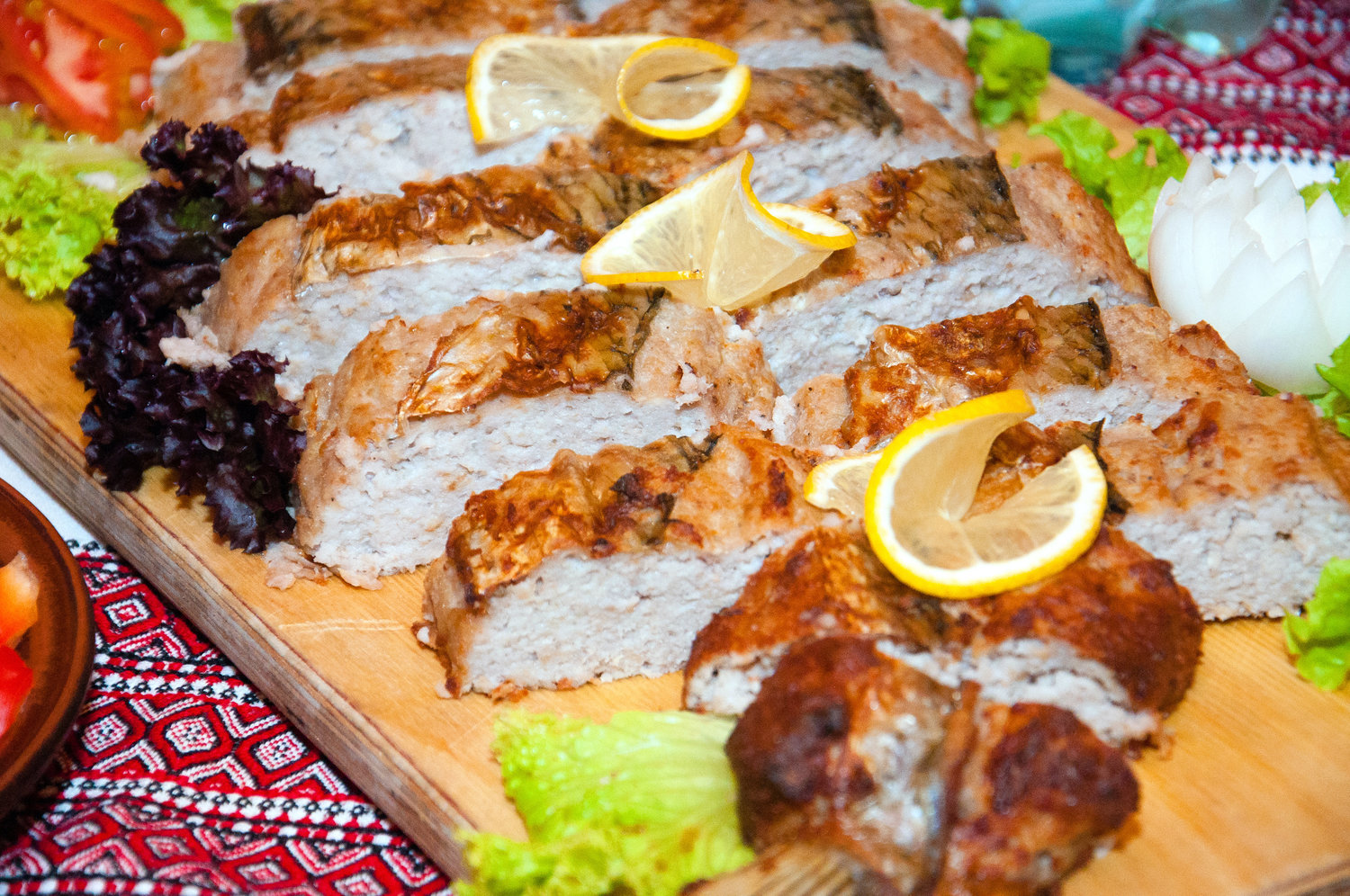 Have you heard the one about how to tell the gefilte from all the other fish in the sea? Simple, it’s the one with the carrot on its head. Or what type of cigarettes do Jewish mothers smoke? Gefiltered! Badam bam.

Gefilte fish, usually made from ground fish, onions, and eggs, is a culinary delight as well as Jewish shtick for Borsht Belt comedians.

Created in Europe out of religious obligation and a financial dilemma, gefilte fish survived in America due to creative advertising and an American Jewish desire to experience faith through the stomach.

Gefilte fish, usually associated with the Shabbat meal, has been a Jewish custom dating back to the Talmudic period. It has also been stated that some of the ancient sages thought of fish as an aphrodisiac. They believed the intoxicating odor on the Sabbath table would encourage couples to “be fruitful and multiply.”

The Hebrew word for fish, dag, corresponds to the numerical value seven, which reflects Hashem’s commandment, “Six days you shall labor, and do all your work; but the seventh day is a Sabbath unto the Lord.”

And you thought gefilte fish was just a recipe your mom’s great grandmother came up with in Europe. Read on.

It was actually a savvy solution to financial and halachic issues. Poor Jewish women in Eastern and Central Europe were able to feed their families with a small amount of inexpensive kosher fish. They could also eat the fish without violating the prohibition against removing bones on Shabbat.

The women skinned the fish and ground the flesh with inexpensive ingredients such as onions, eggs, and bread before stuffing the mixture back into the skin for baking, hence the name, gefilte fish; gefilte is Yiddish for “stuffed.” Soon Jewish women stopped stuffing altogether and simply formed the mixture into balls for steaming or boiling.

Heard of the Mason-Dixon Line? The 49th parallel? There’s also the “gefilte fish line,” separating the Eastern European regions where Jews favored the sweet, from those who preferred the peppery varieties. The “gefilte fish line” ran through eastern Poland.

Jews living to the west, most of Poland, as well as Germany and the rest of Western Europe, ate the sweet gefilte fish. Those to the east, Lithuania, Latvia and Russia, ate the peppery version. Some enjoy gefilte fish swimming in a gelatinous sauce, while others, it is not too much of an exaggeration to say, would sooner eat their own intestines.

Most North Americans prefer their gefilte fish served with horseradish, while Latin American Jews cook the gefilte fish in tomato sauce. Some like mayonnaise as a dipping sauce; others enjoy it straight-up.

When Jews arrived in America, they brought their gefilte recipes with them. Jewish immigrant women spent full days shopping for, preparing, and cooking the gefilte fish. Then small businesses sprung up and, for not that much more money, gefilte fish could be bought, and more time could be spent either working or caring for the family.

When delis began to spring up, canned meals became available and ethnic food stands threatened the traditional Jewish food stores, putting tight-knit kosher trade in peril. Terrified small business owners and religious leaders joined forces with observant advertising mavens to inspire manufacturers to produce and market kosher products. It was because of them that gefilte fish rose to fame in America and ensured itself as a symbol of American Judaism.

The modern kosher food industry began when Joshua C. Epstein and Joseph Jacobs, convinced H.J. Heinz and Maxwell House Coffee that the kosher market could yield significant profits. By agreeing to kosher inspections, advertising in the Yiddish press, and designing innovative campaigns like for the famed Maxwell House Haggadah, American food companies found their way into the homes of upwardly mobile urban and, later, suburban Jews. By the end of the 1950s, the kosher industry had grown tenfold from 1945, with more than 1,800 kosher products.

By the 1950s, gefilte fish had become “the Jewish national dish,” according to The Jewish Home.

On October 20, 1954, the Jewish community proudly celebrated the 300th anniversary of its arrival in America by serving gefilte fish to the guest of honor at a New York celebration, President Dwight D. Eisenhower.

Gefilte fish has definitely made a name for itself in the US as well as Europe, but still Jackie Mason feels it doesn’t garner the respect it should.

“We spend our whole lives going to Chinese restaurants, but do ever see two Chinese people asking where they can get a good piece of gefilte fish?”

Hee’s an interesting recipe for baked gefilte fish. Even those who hate gefilte fish have told me they love it.

•1 small onion chopped, sautéed till golden brown and strained of the oil

Cover and bake for an hour and 15 minutes. Chill before slicing and serving. Top will look browned due to the honey.

Chicken soup for the bowl and for our soul