Aliyah dream: Living in Israel, working a US job 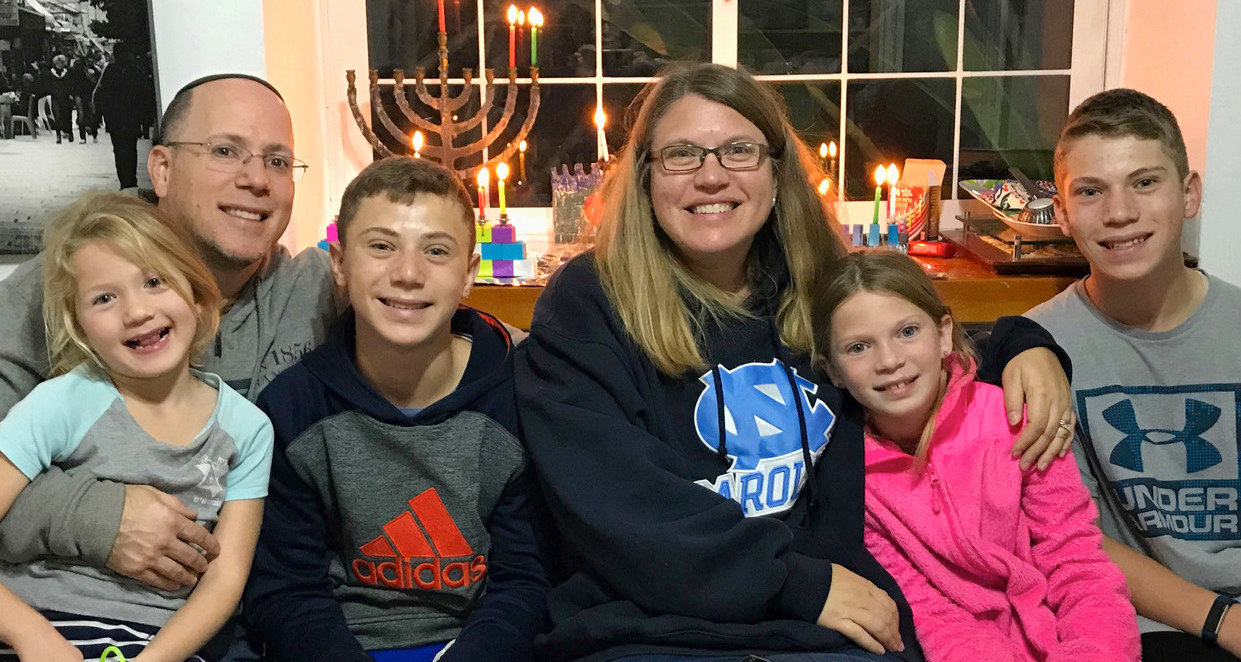 Brad Shulman and his wife Shoshanna live with their four kids in Hashmonaim, near Modiin, and telecommute to jobs in the United States. 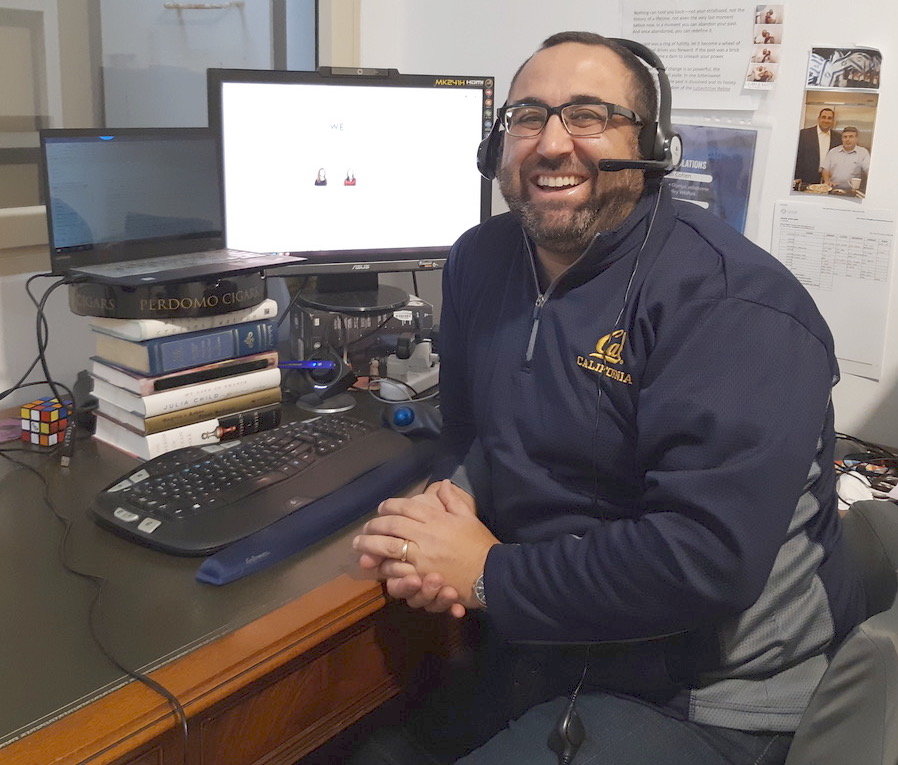 Dan Cohen runs a PR business based in Oakland, California, from his home in Raanana.
Previous Next
By Larry Luxner for Nefesh B’Nefesh

What makes his job unusual is that his patients are scattered in hospitals in 30 states, from Massachusetts to Missouri — and that Isakow treats them from his home in Modiin, Israel. Isakow, who made aliyah in August 2018, directs procedures via video link from half a world away. His hours are 4 am to 4 pm, 14 days a month.

Living in Israel while telecommuting to a U.S. job has been key to the success of his move, says Isakow, 45, who headed an intensive care unit at a St. Louis hospital before moving to Israel. “It’s like we’re in the ICU with them.”

“And contracts are dollar-based, so the compensation is about double what I’d earn at an Israeli hospital,” he added

In nearby Bet Shemesh, Bronx native Brian Thau works remotely as a fundraiser for Bayit V’Tikvah, a Netanya shelter for 110 girls suffering from abuse and neglect. As executive vice president of the nonprofit American Friends of House of Hope, the Orthodox rabbi, who made aliyah seven years ago, is constantly on the phone and occasionally travels to New York to meet with potential donors.

Isakow and Thau are among the growing ranks of American immigrants to Israel who telecommute to jobs back in North America. In 2019, 3,570 new olim arrived from the United States and Canada, according to Nefesh B’Nefesh, the agency that facilitates aliyah from North America in partnership with Israel’s Ministry of Aliyah and Integration, the Jewish Agency for Israel, Keren Kayemeth LeIsrael, and the Jewish National Fund-USA.

About 20 to 25 percent of new immigrants from the United States are working remotely for U.S. companies, according to Rachel Berger, vice president of employment at Nefesh B’Nefesh.

“While some immigrants come with a good Hebrew background and want to integrate, others have very weak Hebrew and know they’re going to live their lives here as English-speaking immigrants in an Anglo bubble,” Berger said. “But it’s worth it for them, because they’re doing the work they want to do and it fits their lifestyle.”

Telecommuting can have its downsides. Working remotely, especially from home, can be isolating. Maintaining U.S. hours can be a challenge, especially for those with kids at home in the evenings. And for Sabbath observers, Fridays can be tricky: There is only a small window between the time offices open in the United States and the sun sets in Israel — especially in winter.

But those who work remotely say any disadvantages are outweighed by the benefits: flexible mornings, quality time with their children during the day, opportunities to control more of their time. Perhaps most importantly, moving to Israel doesn’t have to mean giving up a chosen career or employer.

Shira Kallus, a native New Yorker, already had her own PR consulting firm when she came to Israel in 2006 to earn a master’s degree in creative writing from Bar-Ilan University. Thirteen years later, she’s still in Israel. At present, she represents two digital marketing agencies — one in Georgia, the other in Pennsylvania — from her home office in Jerusalem.

Brad Shulman, who lives in Hashmonaim, a community near Modiin, is director of business development for Online Trading Academy. The company offers web-based courses on how to invest in stocks, futures, options, and foreign exchange markets. He does most of his work from home but spends a week each month at the company’s headquarters in Irvine, California.

Shulman, 46, isn’t the only telecommuter in the family. His wife, Shoshanna, is an occupational therapist who works with special-needs kids in the States via webcam. She teaches them everything from handwriting to how to tie their shoelaces.

Dan Cohen works in PR from his home in the Tel Aviv suburb of Raanana. Four nights a week, after dinner, Cohen sits down at his computer and works until 2 am, sometimes later. He’s the owner of Full Court Press Communications, a social marketing firm with a seven-member team in Oakland, California.

Cohen, 50, moved to Israel two and a half years ago with his wife, Aimee, and three kids. Every six to eight weeks, he flies back to Oakland for about a week. Thanks to high-speed internet, Cohen can live out his Zionist dream while earning a comfortable U.S. salary.

“Using Google Docs, my team and I can edit a press release in real time, at the same time, 10,000 miles apart,” he said. “I use communications to help make the world a better place — and I get to do it from a place where I’ve always wanted to be.”