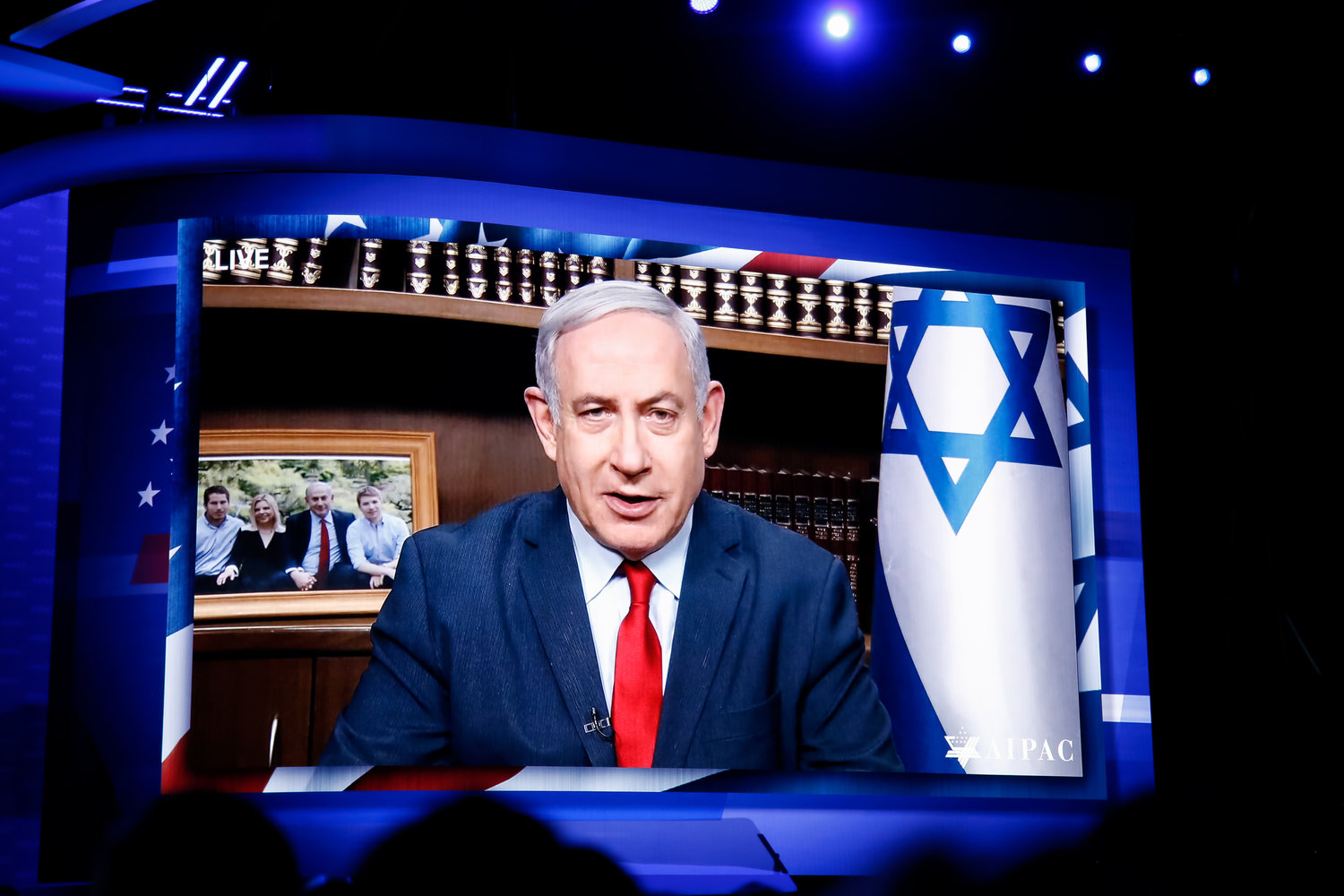 WASHINGTON—The theme of this year’s AIPAC Policy Conference was billed as “Today. Tomorrow. Together,” the essence of which seemed to be lost in all the political noise associated with 2020 Democratic presidential candidates deciding on whether or not to show up at the annual event.

The conference, however, has long been geared to deliberate concerns and boost relations between Diaspora Jewry and Israelis, and has been a venue used to salve some of the more contentious issues associated with the world’s two largest Jewish communities.

However, with this year’s conference coinciding with a U.S. presidential election and the Democratic primaries, clearly politics was an unavoidable part of the gathering. And in an unusual turn of events, the conference also took place smack dab in the midst of the third round of general elections in Israel within the last year. It was almost hard to get past such major goings-on to tackle other pressing matters, such as the blatant anti-Semitism that’s snaking its way across Europe and the United States.

The conference proceedings seemed muted by the clash of candidates — notably, by progressive Democrats Sen. Bernie Sanders and Sen. Elizabeth Warren stating weeks beforehand their intention to stay away. Only former New York City Mayor Michael Bloomberg attended in person to speak (who on Wednesday morning, after a poor showing on Super Tuesday, announced the end of his campaign). Former Vice President Joe Biden, competing in Super Tuesday on the heels of his striking win in the South Carolina Democratic primary on Saturday, taped comments that were shown to the 18,000 pro-Israel activists gathered in the nation’s capital.

And there were other elephants in the room: The disconcerting progression of the coronavirus, which has statistically racked up as much time in the news as the numbers associated with delegates being collected during the Democratic primaries, and the ongoing aggression from Iran, which did get some attention during the three-day conference.

In fact, that’s where Vice President Mike Pence and members of the Trump administration, including U.S. Secretary of State Mike Pompeo, came in to shine.

“For decades, we have built a broad consensus as the foundation of support for Israel in America. This foundation consists of both parties. Democrats and Republicans. All faiths. All races. All Americans.”

They touted the Trump administration’s withdrawal from the 2015 Iran nuclear deal and the reimposition of U.S. sanctions and the establishment of new ones; the continued hard line against Tehran when it comes to its nuclear program and attempts to avert sanctions, and to continue to do business with Europe and Asia; and the U.S. killing of Iranian Maj. Gen. Qassem Soleimani, head of Iran’s brutal Islamic Revolutionary Guard Corps, a move that evoked controversy among legislators in Congress.

And, of course, they rattled off the impressive list of administration accomplishments when it comes to pro-Israel moves — from recognizing Jerusalem as Israel’s capital and moving the U.S. embassy there from Tel Aviv, coupled with acknowledging Israel’s sovereignty over the Golan Heights and its right to Jewish settlements, to clamping down on aid to the Palestinian Authority due to its payments to terrorists and their families, in addition to closing the PLO mission in Washington.

Not to mention the “Peace to Prosperity” plan that has set expectations for change in the Middle East over the next few years, the contents of which were embraced by Israel and rejected by Palestinian leadership.

Meanwhile, the issue of maintaining bipartisan support for Israel and the pushback against anti-Israel progressives (especially in light of the Sanders’s snub) was a crucial topic for AIPAC CEO Howard Kohr as he kicked off the conference.

“For decades, we have built a broad and bipartisan consensus as the foundation of support for Israel in America,” said Kohr on Sunday morning. “This foundation consists of both parties. Democrats and Republicans. All faiths. All races. All Americans.”

“It is a foundation that has endured no matter who was president, no matter who controlled Congress, no matter how events unfolded in the Middle East,” he continued. “We believed, and continue to believe, that when America stands with the Jewish state, Israelis are more secure, and Americans are, too.”

However, warned Kohr, “today that foundation is in danger of being rocked as it never has been before. A growing, highly vocal and energized part of the electorate fundamentally rejects the value of the U.S.-Israel alliance. It is no longer on the margins, but instead has taken the spotlight of our political life. Its most radical views are bending the political conversation and commanding attention,” he said.

Such language comes amid Democratic leadership being criticized for inadequately dealing with anti-Israel bias and anti-Semitic rhetoric within its own party — namely, from Reps. Ilhan Omar (D-Minn.) and Rashida Tlaib (D-Mich.), both of whom have endorsed Sanders for president.

And it almost pointedly referred to the provocative nature of Sanders’s directives towards AIPAC, who on Feb. 23 proclaimed his decision not to attend the conference after even more loudly accusing AIPAC of “fostering bigotry,” a claim that caused AIPAC to respond with a statement calling the comment “truly shameful.” (They also noted that he’s never even attended an AIPAC conference — a not-so-subtle insinuation of “no love lost.”)

That’s on top of multiple calls over the years accusing the government of Israeli Prime Minister Benjamin Netanyahu as being “racist” — a harsh determination that, more recently, he has associated with Netanyahu himself.

It was a claim that had Israel’s Ambassador to the United Nations Danny Danon saying, “We don’t want Sanders at AIPAC. We don’t want him in Israel. Anyone who calls our prime minister a ‘racist’ is either a liar, an ignorant fool or both.”

“Once among the best, most authentic expressions of bipartisan support in America, the U.S.-Israel relationship as we know it … is under attack,” he said, adding that “between now and Nov. 3, every candidate running for federal office will appeal to our various communities for support. But the promise of our support must be predicated on their promise to stand with Israel.”