A sweet and sour history of Jews and pickles 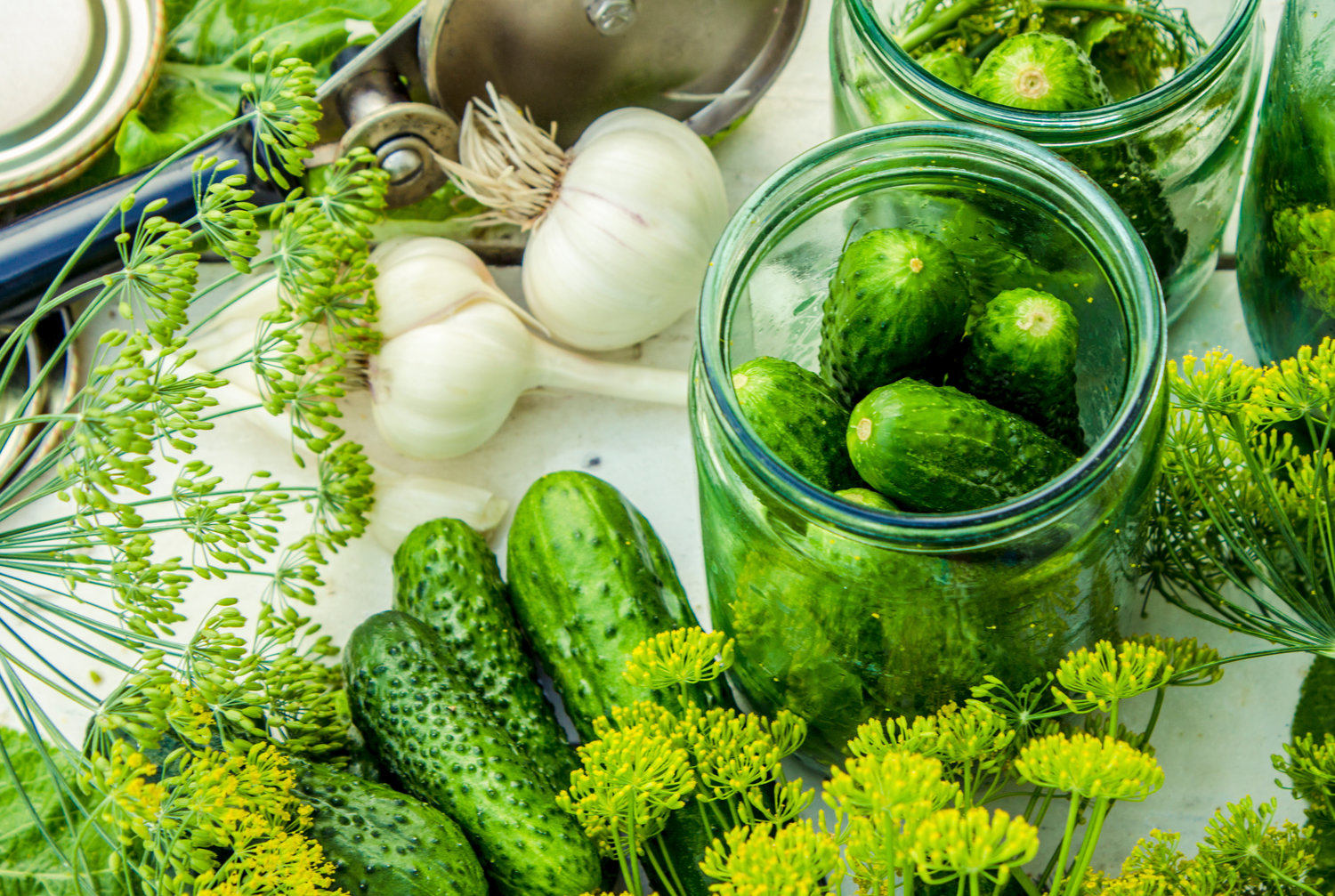 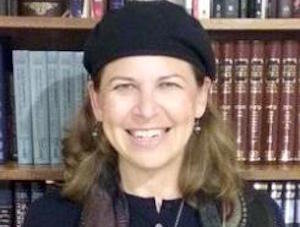 Pickling, the process of preserving food by preserving it in salt or brine, has a long history. For thousands of years, pickling fruits and vegetables — even meat, fish and eggs — has allowed people to store food long-term. In the years before refrigeration, this was a crucial way of making sure people had enough food to eat year-round.

There are two methods of pickling food. Marinating foods in vinegars or other acidic liquids kills most bacteria, ensuring that pickled foods can last for years even without refrigeration. Pickles can also be marinated in brine, a salty liquid. This causes fermentation and the growth of edible bacteria, and prevents the development of harmful bacteria that can cause spoilage.

Pickling also imparts a delicious flavor. Here are seven little known facts about the Jewish love of pickles, along with some recipes for quintessentially Jewish pickled dishes. Enjoy!

Cucumbers, one of the most popular pickled foods, are native to India. In ancient times they were sold and eaten throughout the Middle East, including ancient Egypt. The Torah even records that after the Jews left Egypt, they missed the cucumbers and other flavorful produce they’d eaten in Egypt:

“We remember the fish which we were wont to eat in Egypt for nought; the cucumbers, and the melons, and the leeks, and the onions, and the garlic.” (Numbers 11:5)

It’s likely that the cucumbers mentioned by our Jewish forebears were pickled in some way. Ancient cucumbers tasted extremely bitter and the ancient Egyptians “cooked” their cucumbers by lightly fermenting them. The resulting pickled vegetables were slightly alcoholic, and were seemingly eaten for their mind-altering properties.

The Talmud says, “Salting is like hearing and marinating is like cooking” (Chullin, 97b). This is one of the earliest descriptions of preserving food by pickling in ancient times.

According to the Jewish law, pickling food is akin to cooking it. Just as the laws of keeping kosher prohibit cooking meat and dairy items together, so too is it prohibited to pickle meat and dairy foods in the same jar.

Pickling foods by marinating in vinegar or salt seems to have been so common in Talmudic times that the Talmud even records a disagreement between two sages, Rabbah bar Rav Huna and Rava, over whether sprinkling salt on foods while sitting at the Shabbat table can be considered pickling.

The Talmud concludes that since it’s unlikely a diner would sprinkle sufficient quantities of salt on their foods that their meals could become pickled, salting foods poses no problem on Shabbat (Shabbat 75b). The discussion paints a fascinating portrait of a world in which so much food had to be salted and pickled to preserve it that the act of pickling was seemingly on everybody’s minds at meals and when preparing foods.

Preserving food in the shtetl

For generations, pickled foods made up a large portion of poor people’s diets. For the impoverished Jews of Eastern Europe, pickles were a crucial means of preserving food and ensuring that people had enough to eat during the long winter months.

“Vegetable pickles, especially cabbage, beet, and cucumber, were staples in the diet of Jews in Poland, Lithuania, the Ukraine, and Russia,” notes Claudia Roden in “The Book of Jewish Food” (1996).

“Housewives would prepare stocks of winter provisions,” Roden records, “leaving them to ferment in cellars and outhouses. To the country markets, where peasants brought their farm produce, Jewish housewives brought their pickles in barrels for sale.”

For centuries herring has been a popular fish in the Baltic nations of northern Europe; locals preserved herrings by various means, including salting, smoking and pickling. In the Renaissance, Dutch fishing fleets trawled the Baltic Sea for herring, and cornered the market: the Netherlands had a substantial Jewish population, and Jews became key agents in the Netherlands’ herring trade.

Jewish traders pickled herring and exported it all over Europe without spoiling. A popular method was to pickle the fish in a marinade of vinegar, sugar and onions. Once herring was pickled, Jewish chefs sometimes packaged it in a wine sauce or a cream sauce.

Pickled herring became a mainstay in Jewish homes throughout Europe, and was particularly popular as a Shabbat delicacy and a Hanukkah holiday meal. When Jews moved to the United States in the 1800s, they brought their love of pickled herrings with them, selling the delicacy from pushcarts. In 1925, a Jewish girl who immigrated to America and lived on the Lower East Side of New York, Anzia Yezierska, published a semi-autobiographical novel “The Bread Givers” about what life was like for those penniless, pious Jewish immigrants.

Facing semi-starvation, the daughter of the family takes a job selling pickled herring on the streets: “I was burning up inside me with my herring to sell … like a houseful of hungry mouths my heart cried, ‘Herring — herring! Two cents apiece’!”

A Yiddish saying summed up the special place that the humble pickled herring had in the hearts of Ashkenazi Jews: B’makom she’eyn ish, iz hering oykh a fish (Where there is no worthy man, even a herring is a fish).

Today, Jews continue to enjoy pickled herring. In fact, Israel, despite its small size, is one of the world’s top importers of herring, after the Netherlands, Germany, Ukraine and LIthuania.

Jews living in the tenements in New York and other cities would place barrels containing cucumbers, cabbage, beets and other vegetables in brine each summer when produce was plentiful, then let them pickle in cool cellars and basements during the long cold winter. This way, poor families could have access to vegetables, albeit in pickle form.

Even when Jews didn’t make their own pickles, they could easily be found in many Jewish neighborhoods. In the 1920s, the Lower East Side in New York had no fewer than 80 kosher pickle factories.

“Available year round, cheap, and ready to eat, pickles fed tenement dwellers and reminded many Eastern Europeans of the lands they had left behind,” the New York Tenement Museum notes.

For many non-Jewish Americans, the Jewish fondness for pickles was evidence of Jews’ supposed degeneracy. The famous American doctor and author Susanna Way Dodds, who published copiously about a healthy lifestyle at the turn of the 20th century, opined that pickled cucumbers could morally corrupt children: “The spices in (pickles) are bad, the vinegar is a seething mass of rottenness … and the poor little innocent cucumber … if it had very little ‘character’ in the beginning, must now fall into the ranks of the totally depraved.”

The NYC Board of Education even launched its school lunch program as a way of weaning immigrant children off their habit of eating pickles.

In Europe, many non-Jewish cooks used vinegar to pickle their foods. Derived from wine, vinegar was just too expensive for many Jewish cooks to use. Instead, Jewish housewives turned to brine, with salt and water as the primary ingredients. It became popular to add garlic and dill to the brine, and in time “kosher dills” pickled cucumbers were a quintessentially Jewish delicacy.

Here’s a recipe for Kosher Dill Pickles to try at home:

Combine the salt and 1 cup boiling water in a large bowl. Stir to dissolve the salt. Add a handful of ice cubes to cool the mixture, then all the remaining ingredients.

Add cold water to cover. Use a plate slightly smaller than the diameter of the bowl and a small weight to keep the cucumbers immersed. Set aside at room temperature.

Begin sampling the cucumbers after 4 hours if your quartered them. It will probably take 12 to 24 hours or even 48 hours for them to taste pickled enough to suit your taste.

When they are ready, refrigerate them, still in the brine. The pickles will continue to ferment as they sit, more quickly at room temperature and more slowly in the refrigerator. They will keep well for up to a week.

Sephardi Jewish cuisines contain delicious pickled vegetable dishes. Pickled lemons, pink pickled turnips and pickled eggplants are all delectable Sephardi dishes that have become staples in many Israeli kitchens, no matter where their ancestors came from.

“Pickles and marinated vegetables had an important place in the old Sephardi world,” notes Claudia Roden, who grew up in Egypt. “They were brought out as appetizers with drinks and again as side dishes during the meal. Originally a way of preserving seasonal vegetables, they became delicacies to be eaten as soon as they were ready.”

Here is a wonderful and easy recipe for Torshi Left, a turnip pickle that was brought to Israel by Egyptian, Syrian and Lebanese Jews and is a quintessentially Israeli condiment today.

•1 beet, raw or cooked, peeled and cut in slices

•3 or 4 garlic cloves, cut into slices

Peel the turnips, cut in half or quarters, and put them in a jar interspersed with the slices of beet and garlic. In a pan bring the water, vinegar, and salt to the boil, stirring to dissolve the salt. Then pour over the turnips. Let cool before closing the jar.

(Variation: You may also add a chili pepper.)

Pickle in refrigerator as long as possible; the longer turnips stay in the marinade, the stronger your pickles will be. Roden notes that in her family the kids could never wait until the pickles were ready and would snack on them while they were still crisp. Taste every few days to get a sense of how strong you’d like this pickle to be.

Recipes from “The Book of Jewish Food” by Claudia Roden, Alfred A. Knopf, 1996.