A Rosh Hashana recipe worth crowing about 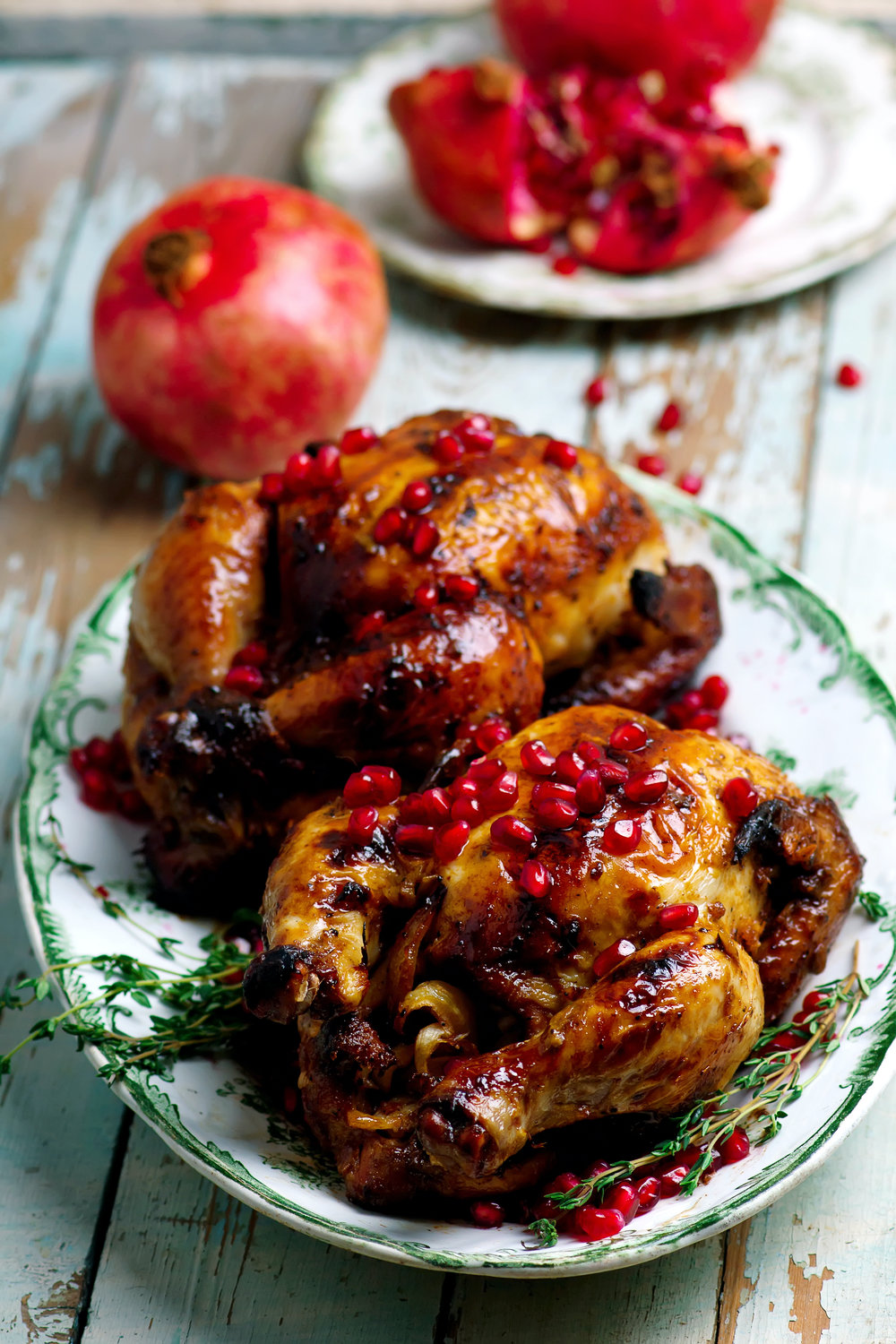 For the last few weeks the exchanges have been the same “Shanna Tova” or my favorite, “gut g’benched yur,” as my grandparents used to say. They were very good at vinching oon (wishing upon you) as in “vinching oon a gut, g’benched yur.” Not many people I know use that last phrase, but one who did was my husband’s parrot.

After graduating law school, Jerry headed to Boston to earn his LLM. His parrot moved into Jerry’s parent’s house, and in no time was fluent in Yiddish. Not only was Birdie, as his parents called the bird, able to memorize anything that was repeated often enough, he did it in the voice and accent of the person who spoke it. One day my mother in law’s sister stopped by. She rang the bell and heard “Who is it? Come in.”

That night, when my mother in law called her sister and got the cold shoulder, she asked her what was wrong. “Don’t play games with me (macht nisht con choizic) you know what’s wrong. I stood out there ringing the bell and you kept telling me to come in, but it was locked.” Puzzled, my mother in law said she had no idea what she was talking about, as she was out for most of the day.

Just as she was about to hang up, the bell rang and before she could get to the door, Birdie called out, “Who is it, come in.” Both sisters had a good laugh. Birdie could also be heard wishing everyone “a gut g’benched yur,” “a freilichin yom tov” and “gut Shobbos.” He would have felt right at home in a shteeble.

Not only was Birdie fluent in Yiddish, but he could also be heard inspiring us to be better Americans, when he would quote JFK with, “It’s not what your country can do for you, it’s what you can do for your country.” And when he wasn’t waxing presidential, he could be heard quoting lines from Jackie Gleason’s show, “The Honeymooners.”

Jerry taught the bird to imitate Jackie Gleason’s mother-in-law, saying, “Hey get a load of fatso.” Problem was, it was a week before they had a houseguest over for Shabbos who was a bit on the heavy side. Yes, you guessed it, the bird’s cage was in the guest room and as soon as it got light in the morning, Birdie could be heard screaming, “Heeeey, get a load of faaaaatsoooo.” Had I been around then, the bird would have been doing “The Tomahawk Chop” chant of my beloved Atlanta Braves.

I’d like to be serious for a moment and thank all my readers to share a recipe, my memories, and a laugh with you. And to those of you who take the time to email, or personally provide me with positive feedback, whether in the supermarket, gym, shul or anywhere in the neighborhood, it means the world to me. I’d like to take this opportunity to “vinch you all oon, a gut g’benched yur” filled with health and happiness. My grandparents would proud.

Enjoy the following recipe for Rosh Hashanah. I’m certain Jerry’s parrot would have had some choice words regarding my selection of his relatives for this dish. Please accept my apologies, Birdie.

Greens of your choice to garnish the serving platter

1. Bring the pomegranate juice, sugar and water to a boil

2. Turn to medium low heat and simmer until mixture becomes like a thick glaze (about 20 minutes)

3. Set aside and cool. Glaze can be made up to three days before.

4. Wash and dry the Cornish hens. Sprinkle inside cavity and outside with garlic powder. Salt and pepper to taste (I like to tie the legs together)

5. Place hens in a roasting pan and generously brush on the pomegranate glaze. Place in an oven set at 375 F for 15 minutes then baste and reduce temperature to 350 F and bake for another 45 minutes or until clear juices run from thigh when pierced. Internal temperature should be at 170 F

6. Place hens on a platter of greens of your choice and scatter the fresh uncooked pomegranate seeds around the hens.

Note, if hens are larger than one portion each I like to cut them in half before arranging them on the platter.

A version of this column was published in 2014.

A sense of humor while fighting antisemitism