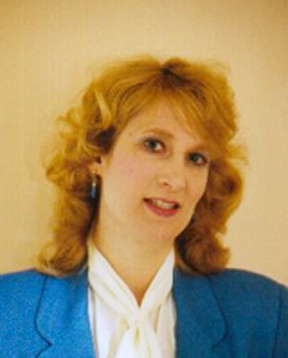 Last month, 15 secular newspapers throughout Canada reported on a historic psak din issued by Montreal’s Beth Din of the Vaad Ha’ir urging parents to teach their children about inappropriate touching. Issued right before the camp season, the respected rabbinic court advised parents to explain to their children that it is mandatory to report such acts of sexual abuse to a parent, rabbi, or an adult figure they trust, such as a school teacher or principal. Around the same time, Rabbi Shmuel Kamenetsky, who serves as vice president of Agudath Yisroel and rosh

yeshivah of Yeshiva Gedolah of Philadelphia, spoke to an attentive audience at the Shiurei Torah Conference in Flatbush about the importance of reporting sexual abuse to a rabbi who would decide if the charge meets the “threshold” for contacting the police or local prosecutor.

The Vaad Ha’ir and Agudath Yisroel hold a strong voice in the religious community, taking a courageous first-step in placing child sexual abuse awareness as a front and center issue. Yet, the child advocates in Canada and the United States who praised these institutions for bringing a taboo issue into an open forum did not spare them harsh criticism for not mentioning that sexual abuse crimes must be reported to the proper secular authorities.

We must ask ourselves if our rabbis are not trained to perform a forensic evaluation of the evidence at hand, how can they be asked to determine which complaints of sexual abuse warrant reporting to authorities and which ones do not? I recently spoke with one rabbi about a father who would prolong the diaper changes so that he could have the chance to touch his young daughter inappropriately, the rabbi blurted out “what harm is there to such a young child?” This rabbi’s naïve and shoot from the hip response belied an entire body of psychology literature on the deleterious effects of child sexual abuse, even in very young children.

Thus, we are left with a rather perplexing Hobson’s choice: reporting abuse to rav, who may or may not have the proper education and training to evaluate the psychological/physical danger of abuse. If he does not have sufficient training, he will summarily dismiss the charge. If he does have sufficient knowledge of the traumatic effects of abuse, including the whole range of psychiatric sequelae, such as depression, self-mutilation, low self-esteem, anorexia, suicidal ideation and behavior, that results from abuse, can he properly invoke halachic proscriptions against committing messirah, or any other suitable halachic premise for that matter, to determine if reporting abuse is a viable option?

To some the answer is obvious: don’t take up sex abuse with the rav. To others it is more nuanced. Can one truly expect a parent whose child reveals shocking details of his/her teacher’s inappropriate touching, or worse, to avoid seeking halachic advice when that same parent has routinely sought the advice of his/her rav on matters much less serious? Should the distressed parent of an abused child be met with a summary dismissal by the rabbi: “I’m sorry but when it comes to matters of child sexual abuse I must desist in helping you.”

What this dilemma shows is that while major ultra-Orthodox institutions have taken the courageous first step in making parents aware of the importance of talking to their children about sexual abuse, there is a pressing need for a coordinated and thought out plan on how to respond to a parent whose child may have been abused. There is no easy solution. But we must try to find our way out of the forest of confusion so that halacha, which underscores our everyday life will not be placed at the other end of the room.

Dr. Neustein is a sociologist and editor of “Tempest in the Temple: Jewish Communities and Child Sex Scandals,” and “Unschooled in Child Safety: Major Jewish Institutions in the United States and Canada Address Sexual Abuse Unawareness – A Thorny First Step”

Most yeshivas aware of abuse; few would know if they saw it
Report an inappropriate comment

The Yahadus books: Bringing color and creativity to yeshiva curriculum

Matt Schneeweiss: Choosing the glory of the path of Torah