ON GIRLS AND TEFILLIN: Letter to SAR parents 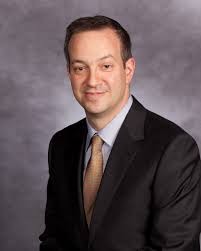 The issue of women and tefillin resurfaced this week in light of the Boiling Point article recently published at Shalhevet High School in Los Angeles and circulated on Facebook. It has since become an international topic of discussion. I imagine that many of you have read the articles and have had many conversations on the issue. Over the course of December, I spoke with students and faculty but I did not communicate directly with the parent body on the topic. Given the international publicity of this week, I would like to share my thoughts directly with you.

Two girls who have put on tefillin since their bat mitzvah approached me months ago to ask permission to put on tefillin in school. Both students, in their respective ways, have shown real commitment to this mitzvah. Since their bat mitzvah, they have been taught, in accordance with their family practice, to daven each day with tefillin. For me, this was a question of whether I could allow a young woman to practice as she had been taught - to daven each and every day in a meaningful way wearing tefillin as an expression of her עבודת השם. I felt that my responsibility was to consider the person before me and the halakha, before considering the political fallout of the decision.

In my opinion, the practice of these families has support in halakha. It has basis in the Rishonim (רמב״ם, רשב״א וספר החינוך) and R. Yosef Karo, the מחבר שולחן ערוך, seems to follow that opinion. I felt it appropriate to see this as a legitimate practice albeit different than our communal practice, but one that has halakhic justification. As such, I granted the two girls permission in the context, in a tefilah setting, of a group of girls who were supportive of their practice. I felt it appropriate to create space at SAR for them to daven meaningfully. I explained this to our students in this way: it is a halakhically legitimate position despite it not being our common communal practice. But since there is support for it, I would be willing to create such space in the school. I did not, in so doing, create new policy nor invite any female student who wanted to don tefillin to do so. These are girls who, I believe, have been מוסר נפש (for a teen to get up at 6:20 each morning is meaningful commitment) for this מצוה. At its core, women donning Tefillin is a discretionary act in Jewish law. While our community has adopted as normative the view that women refrain from this act, I see the range of rishonim who allow women to don tefillin as support to give space to that practice within our community. One can disagree with this decision on halakhic and public policy grounds. But the position is a coherent one and deserves careful consideration.