from the heart of jerusalem: rabbi binny freedman

Rav Lichtenstein zt”l: ‘We have lost the greatest of us’ 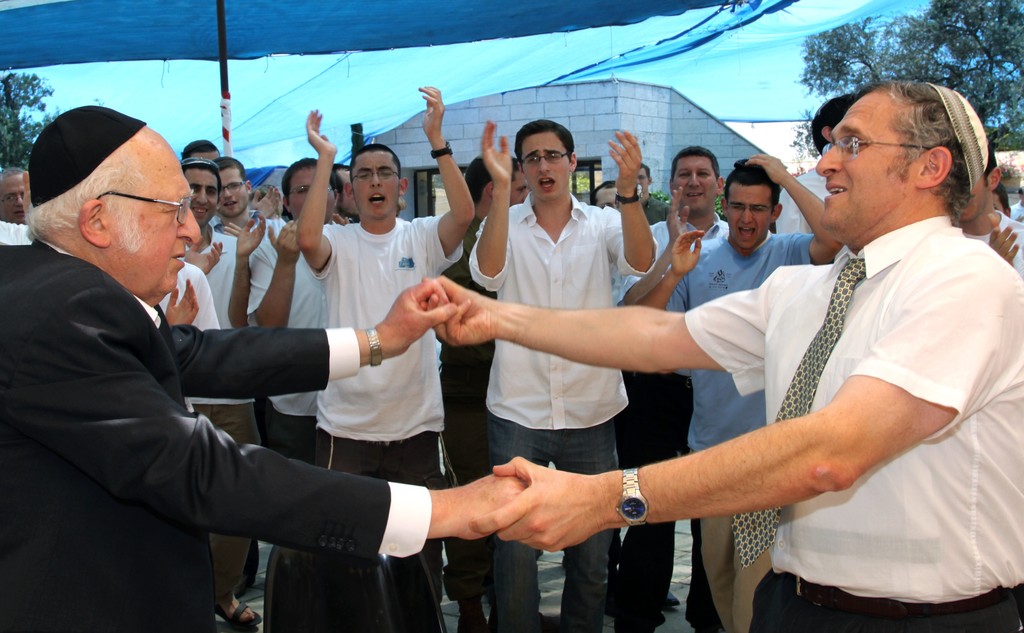 Rav Aharon Lichtenstein, who died last week, is pictured at a celebration of his 80th birthday at Har Etzion Yeshiva in Alon Shvut near Jerusalem, on May 10, 2013.
Photo by Gershon Elinson / Flash 90
By Rabbi Binny Freedman

JERUSALEM —A void that can never really be filled; a loss that is much more than personal, it is generational. We have lost the greatest of us, and now we are, truly,  an orphaned generation.

With the passing last past week of Harav ha’Gaon Aharon Lichtenstein, zecher tsaddik l’vracha, one of the great lights of our generation has passed from this world.

It is no accident that the double portion of Acharei Mot-Kedoshim (literally, “after the death of the holy ones”) was read last Shabbat in Israel and this coming Shabbat overseas, marking the Shabbat of his passing and then the Shabbat after the traditional seven days of mourning. His Torah and his teachings deeply impacted our generation both in Israel and abroad, but he had decided long ago that Israel came first.

I still vividly remember my first encounter with Rav Aharon: I was a 17 year old senior in high school and had applied to study the following year at Yeshivat Har Etzion in Gush Etzion (known affectionately as “Gush”) and was invited to Gush’s New York office for an interview with the Rav. I was terrified.

I’d been told I would be quizzed on the Gemara I was learning, and had prepared a particular piece, but was never asked to let anyone know which folio and topic, or even which tractate I would like to read until I was actually sitting in front of Rav Lichtenstein.

As soon as I came into the office and sat down, seeing I was holding a volume of Talmud, he asked me to start reading and began to grill me on the ins and outs of the particular topic I had chosen to read, and very soon our discussion began to wander to various other folios, first in that same tractate and gradually in other tractates. And the entire time Rav Lichtenstein did not have a tractate in front of him, he simply quoted from memory.

It was an awe-inspiring experience; there was very little small talk — it was all Torah, and he was quoting entirely from memory. By the time the interview finished, I was drenched in sweat, and the message I got as a young 17 year old in 1981 was that if accepted, I needed to understand this was a serious decision to embark on a journey of intense Torah study, with no nonsense.