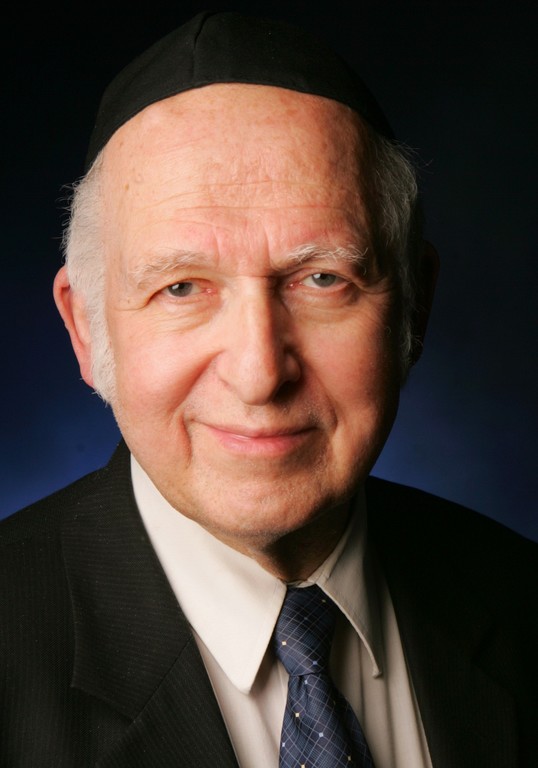 This coming Monday, May 18, at 8 pm, the Young Israel of Woodmere will host a tribute to the memory of Rav Aharon Lichtenstein, zt”l. Our essay the week is again themed to Rav Lichtenstein’s legacy, timed to the upcoming sheloshim of his passing on May 20.

The keynote speaker at Monday’s tribute will be Rabbi Menachem Genack of the Orthodox Union. In anticipation of his forthcoming address, I am privileged to share with you, my dear readers, an excerpt from a forthcoming essay by Rabbi Genack that should suggests Rabbi Genack’s deep regard for Rav Lichtenstein.

“Rav Aharon’s complexity was rooted in commitment,” Rabbi Genack writes. “He was a staunch advocate of the centrality of Talmud study lishmah, despite its difficulty. He gave no countenance to disciplines, such as Biblical criticism, which deny our tradition, and in the case of contradiction between Torah and general culture he did not hesitate about where our loyalties must lie.

“Similarly, Rav Aharon believed in the centrality of ethics which go beyond the letter of halachah. But, in a case where our moral intuition opposes halachah, Rav Aharon wrote, ‘the answer is perhaps practically difficult, but surely it is conceptually clear and unequivocal. … G-d’s command takes precedence, in every respect, over our moral sensibility and our conscientious objection.’

“Rav Aharon’s persona was multi-faceted, but not fragmented; his entire being was subsumed under his identity as an eved Hashem. Finally, this wholeness is the quality that allowed Rav Aharon to see the best in others. In keeping with the Talmud’s teaching that ‘even the empty among you are full of mitzvot,’ Rav Aharon saw the potential in every individual.”

“Rav Lichtenstein was a man of broad vision, encyclopedic knowledge, and great courage. His words were always measured and well chosen. He was a Torah leader who always emphasized absolute commitment to halacha while teaching his students to live principled lives in the real world. He told us that he disliked the term ‘synthesis’ that some around Yeshiva used to use because it implied that when you add secular knowledge to Torah, you got an even greater product than Torah. ‘That,’ he said, ‘was impossible because Torah is all inclusive, kuloh bo.’ Yet, he saw secular knowledge serving as part of Torah and enhancing and sharpening our understanding of Torah.”

“Following in the footsteps of the Rav, he was a pioneer of women’s study of Torah on the highest level. He was an advocate of important improvements in the Orthodox community. … He was the person that we all turned to with the most difficult questions about life. He had 20/20 peripheral vision and saw all logical possibilities very clearly. He was our living moral compass.”

Rabbi Aryeh Ginzberg, the the longtime rav of Congregation Chofetz Chaim of Cedarhurst and Woodmere, is a leading essayist, speaker, and a proud and eloquent as well as an outspoken advocate of Agudat Israel, shared with me his heartfelt sentiments upon the upcoming sheloshim tribute. I am proud to share with you this very personal tribute reflecting on the humanity and Torah-true gadlus of Rav Lichtenstein:

“When one thinks about Rav Lichenstein, zt”l, his brilliant mind and total command of Torah comes to mind. For me personally, there is something else, too, and that’s his huge heart and his warmth and love for another Jew, no matter the age or hashkafic [religious ideological] background of that person. Permit me to explain.

“I only heard Rav Aharon speak once in my life and that was about 20 years ago when he was invited to give a shiur about Eretz Yisrael in my previous community in Hillcrest, Queens. I remember that total recall of his of the most obscure Rishonim on the topic and the clarity that he delivered that shiur. I have also learned and read many of his shiurim on other topics dealing with Jewish law that I proudly referenced in my own shiurim in my shul over these many years. But, there is more, much more.”

“There is one personal heartfelt experience that I had with Rav Aharon more than 40 years ago that I have never forgotten. I share this experience with you as my personal contribution to the greatness of his legacy:

“I had only recently arrived in Eretz Yisrael at the young age of 16 years old to spend the year learning in Yeshivat Chofetz Chaim in Yerushalayim. It was about a month after I arrived when I met an old classmate who was learning in Yeshivat Har Etzion. We spoke about his experiences there and he invited me to join him for a Shabbos there. This was decades before the invention of the cell phones and I really had no way to confirm the invitation for that next Shabbos. I assumed that I can just go and show up. As fate would have it, my friend completely forgot about the invitation and accepted an invitation to visit relatives in Bnei Barak that next Shabbos. I was to arrive in the Gush that next Friday afternoon about two hours before Shabbos only to find out that my friend had already left, thus leaving me stranded not speaking a word of Ivrit, with nowhere to stay at that late hour — or so I thought.”

“Someone was kind enough to introduce me to Rav Yehudah Amital, zt”l, the great rosh yeshiva, who then introduced me to his co-rosh yeshiva, Rav Aharon Lichtenstein, zt”l, who was spending that Shabbos at the yeshiva. He immediately made this nervous 16 year old boy at home, going way out of his way to make sure that I had a comfortable room and that I had something to eat and drink after my long trip from Jerusalem.”

“This great rosh yeshiva throughout that entire Shabbos made me feel at home, constantly checking up on me personally to see to my every need, even inquiring to ascertain whether the food was to my satisfaction. Throughout all of Shabbos, Rav Lichtenstein sent boys from the yeshiva to engage in conversation and to make sure that I did not feel out of place.”

“I will always remember this act of chesed, inspired that this great talmid chochom more than 30 years older than me had nothing else to do all that memorable Shabbos but to insure that this 16 year old American yeshiva student should feel a little more comfortable in his yeshiva. When I approached him on motzai Shabbos as we were leaving to thank him for his warmth and hospitality, he brushed it off noting, that he didn’t do anything at all, and even insisted that we come back again. I never did return for another Shabbos, but the warmth of that Shabbos in his presence has remained with me ever since. Indeed, for me, Rav Aharon, zt”l, was a true ‘genius’ in chesed. Yehi zichro boruch.”