Orthodox pleased by Trump's choice of Gorsuch, others peeved 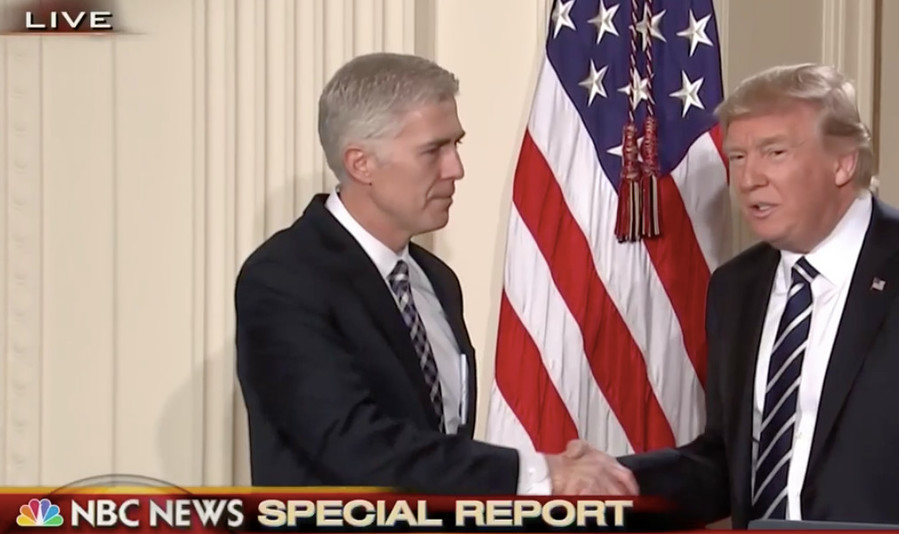 President Donald Trump on Tuesday evening nominated to the Supreme Court Neil Gorsuch, 49, a federal Appeals Court judge known to favor protections of religious belief in the public square and for business owners.

The nomination, likely to trigger a vigorous confirmation battle, is already splitting the organized Jewish community, with the Orthodox Union describing his record as “encouraging” and the Reform movement expressing concerns.

Among Gorsuch opinions attracting Jewish interest was Burwell vs. Hobby Lobby in 2013, when the appeals court upheld the right of a private business to reject the government mandate to provide contraceptive care under employee health plans. The Obama administration had offered leeway on such coverage to faith-based non-profits, but would not extend them to private businesses.

Gorsuch joined the majority in the Appeals Court ruling, which was upheld the next year by the Supreme Court. Liberal Jewish groups backed the government in the case. Orthodox Jewish groups favored Hobby Lobby, arguing for expansive allowances for consideration of religious beliefs by business owners.

Gorsuch has also favored displays of crosses on public lands, and has tended in his rulings toward the rights of gun owners, in favor of the death penalty and against abortion rights.

“While there is more of Judge Gorsuch’s record to be reviewed,” said the OU, “we are very encouraged by his record in religious liberty cases — the area of Constitutional law of paramount concern to the Orthodox Jewish community.”