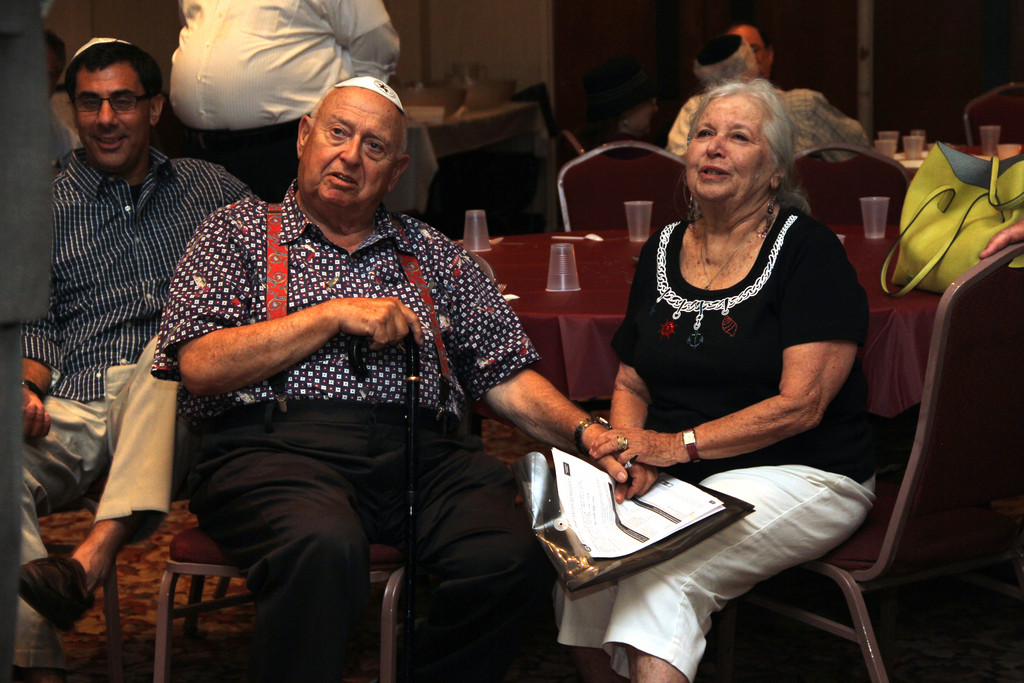 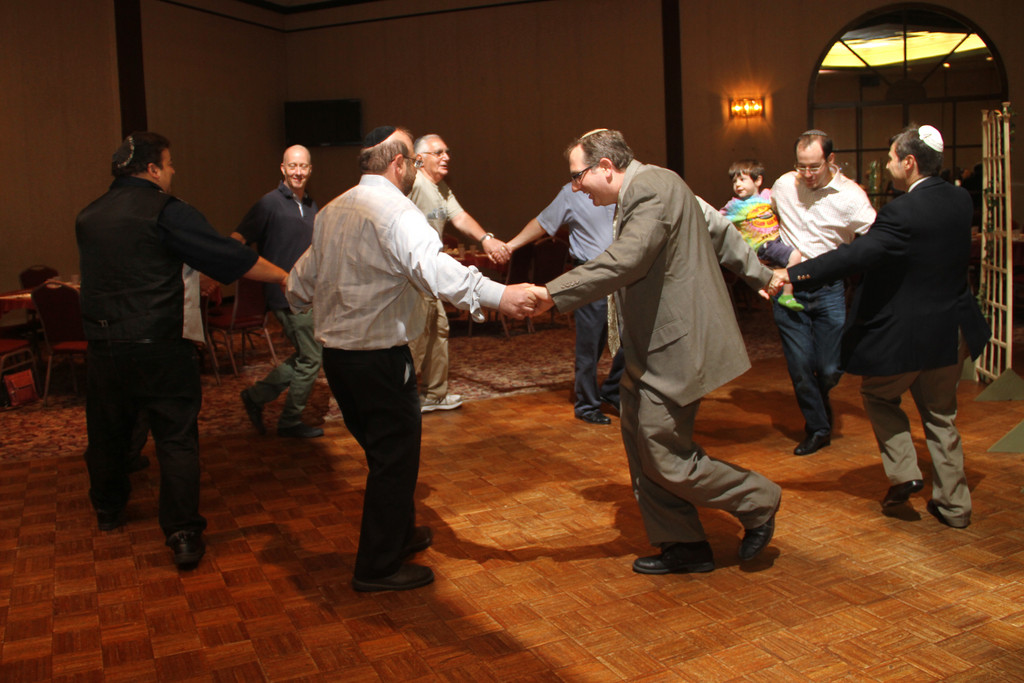 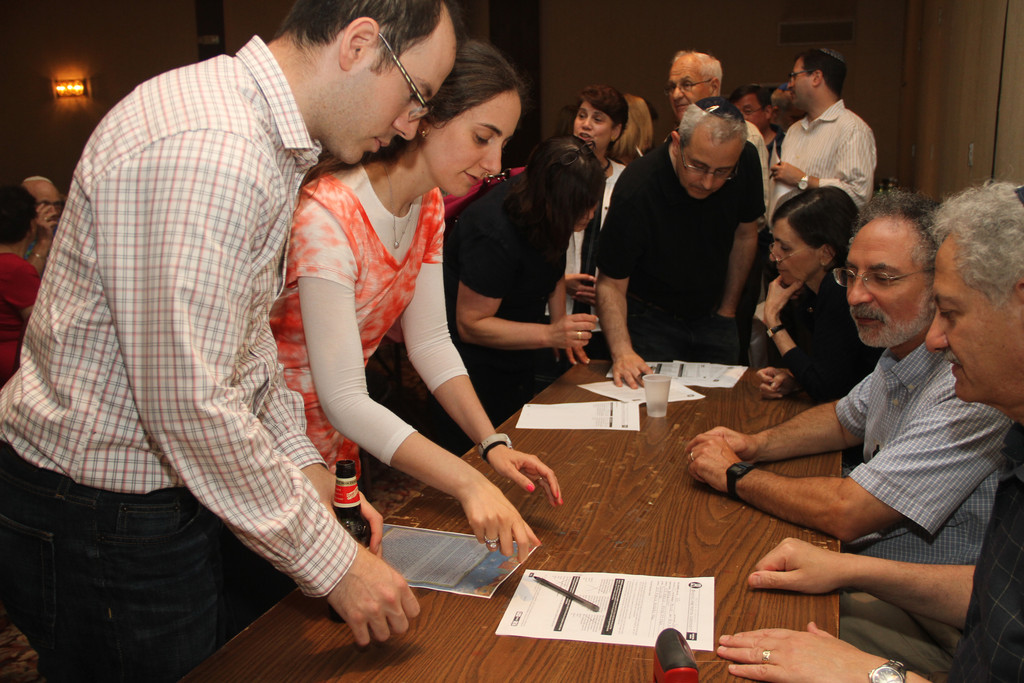 In a move to confront the agunah (“chained woman”) crisis in a creative way that also reaffirms the marital commitment of Jewish couples, an Orthodox congregation in Merrick held a post-nuptial/pre-nuptial document signing celebration on Tu B’Av, a day on the Jewish calendar with special significance for marriage and Jewish unity.

The July 22 event at Congregation Ohav Sholom was initiated by its rabbi, Ira Ebbin who told The Jewish Star that almost 50 couples came to sign, with some bringing their children to the party.

“All in all there were around 120 people in attendance, which for a Monday Night is a really nice turnout,” he noted. The couples ranged from being married one month to 60 years. “The program crossed all age demographics, which is one of the reasons it was such a great program.”

Ebbin explained that the idea for the event originated with Rabbi Chaim Marder of the Hebrew Institute of White Plains who had a similar pre/post nuptial agreement signing at his synagogue.

“When I announced it from the pulpit several weeks ago, I mentioned Rabbi Marder and said I hoped other communities would follow suit.”

His two goals in running the program were for his congregants to become “more passionate and involved in the agunah issue” and to stress the importance of establishing the halachic pre-nuptial agreement as a standard for all couples contemplating marriage. An agunah is a married woman who has become separated from her husband but cannot remarry because the husband refuses to deliver to her a religious divorce or it is not known if he is alive.

Rabbi Ebbin introduced the program with a quote from Shemot 22:22-23 stressing the importance of hearing the cries of the widow, orphan, convert and the poor and pointed out that the agunah’s suffering should be included in this admonition.

“This is a cause that is particularly close to my heart as my family has had two agunah cases that were only resolved through financial extortion,” he emphasized in the email. Ebbin wrote his Masters thesis on this years ago. “Progress since has been steady but not fast enough in my opinion. Events like this create greater awareness and lead to greater use of the document for the next generation.