From Israel with love

We do not have to apologize for defending ourselves from missile attacks, writes Far Rockaway mother of 4 who now lives in Efrat 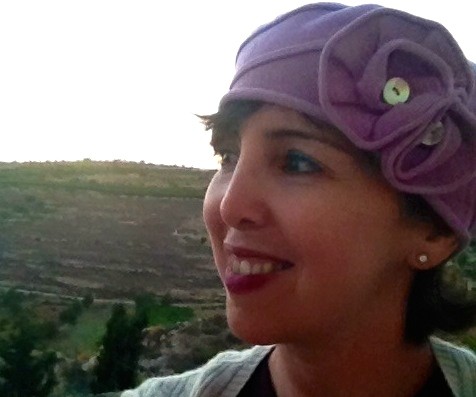 This article was sent to friends and family by former Far Rockaway resident Tara Brafman, a mother of four who made aliyah in 2006 and now lives in Efrat, Israel.

We’re getting lots of concerned emails, since the missiles started hitting our area. Thank you for that. I really wanted to just say that, and sign off, Love, Tara, but…

I have to speak out.

I watch Israeli news, but am also watching CNN, Fox, and other American news reports, to see how this situation, this new war, is being covered. It is surreal to watch.

I am floored at how there are videos of Gaza children, standing amidst heaps of rubble in buildings that were hit by Israeli planes; over and over, the news pictures these bombed Gaza buildings, and there are reports of Palestinians killed by Israeli strikes. The slant seems to be, “innocent” Gazans attacked by Israel. What the hell? Excuse my language, but I am angry. Such a slant on reality. Such a distortion of reality.

No one in Israel wanted a war.

Hello, World? Are you listening? We had no choice. We were under constant rocket attack from Hamas terrorists, hundreds of rockets! Who in America would stand for that, who could live a normal life in such a situation?

As you sit at your computer, I wish you could just once hear an air raid siren suddenly go off at top volume. Or you’re in a supermarket, or walking your dog, or doing any other act of normal life, and you suddenly hear it. You’ve got to get to a bomb shelter FAST.

If you are in Jerusalem, you have one minute. If you are in Sderot, you have 15 seconds. You wait until you hear it — BOOM. You think, where did it hit? A minute passes. The siren is still wailing. BOOM, again. The ground shakes from the force of the impact. BOOM. Another one.

Now do that every day, for a month. In southern Israel, do it every hour, every day. Wake up at 2 am, and run down the steps of your apartment building to the basement with everyone else (most Israelis live in apartments). If you live in southern Israeli border towns you live under missile attack every single day. No one from CNN or the New York Times was here to report THAT. No one in the media covered THAT story.